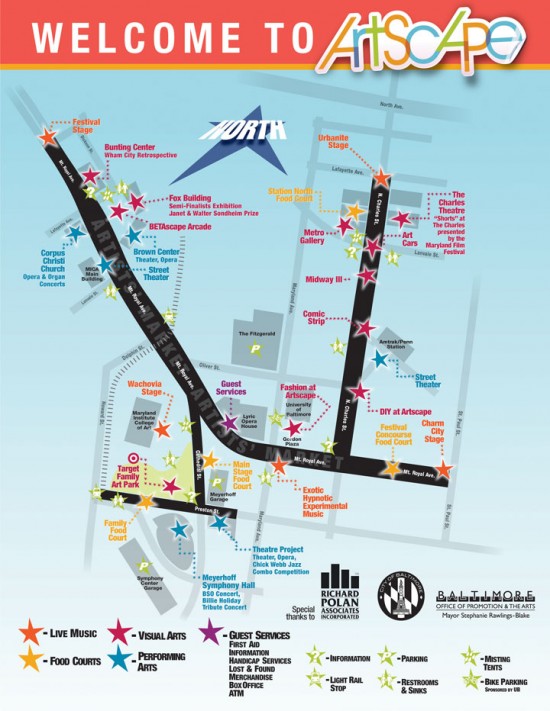 More than 350,000 people were expected to attend this year’s ArtScape, now in its 29th year and the biggest yet. ArtScape is America’s largest free Art festival and generates more than $25 million in revenue. Every year, the citizens of the east coast unite to collectively bake our brains under an atomically hot sun.  Here are some pics from this year.

My kids and I made circus peanut shirts using left over paint from the giant peanut. 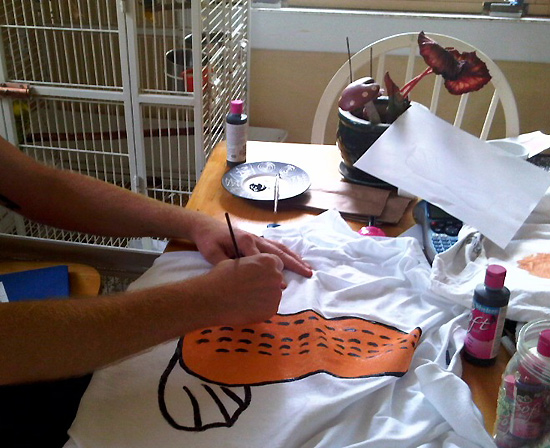 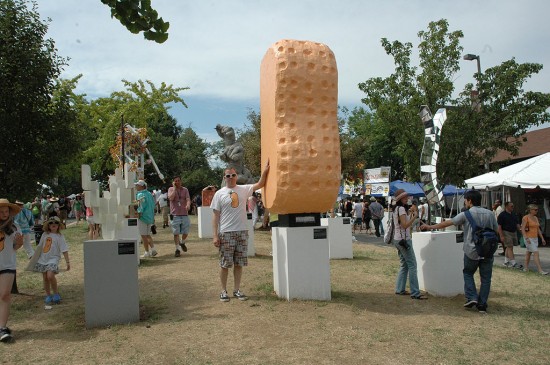 There is something really cool about watching people hug art. I watch a guy actually LICK the circus peanut, but couldn’t get my camera out in time. There are no teeth marks. Yet. 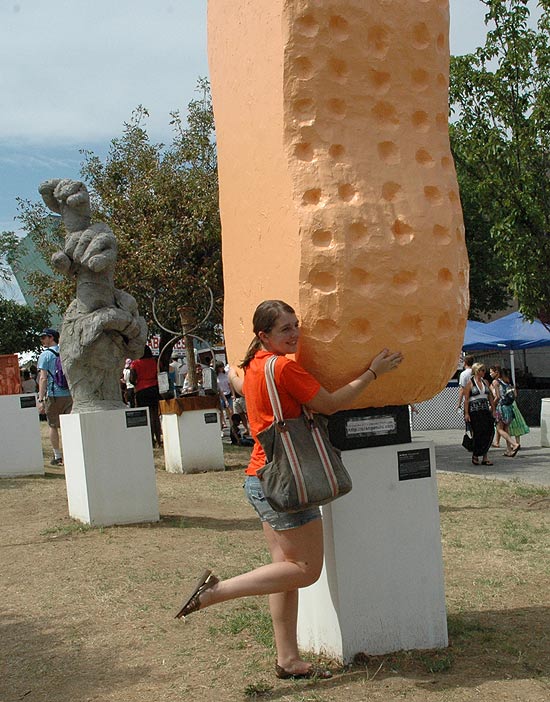 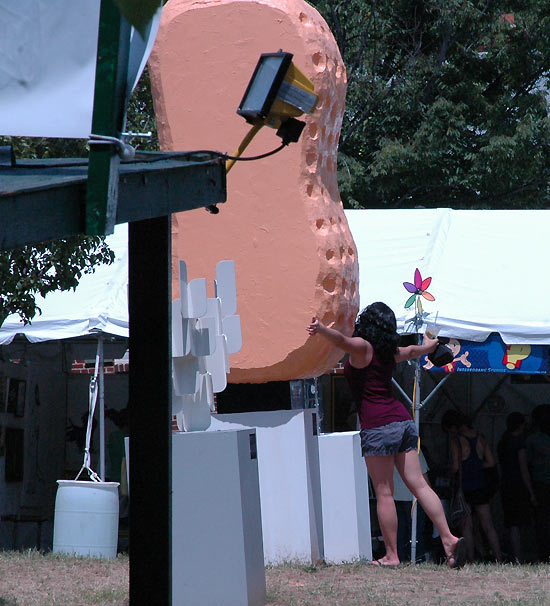 I received some much needed Art Therapy on the Charles Street bridge from Cocoa, while Leezle manned the phone. 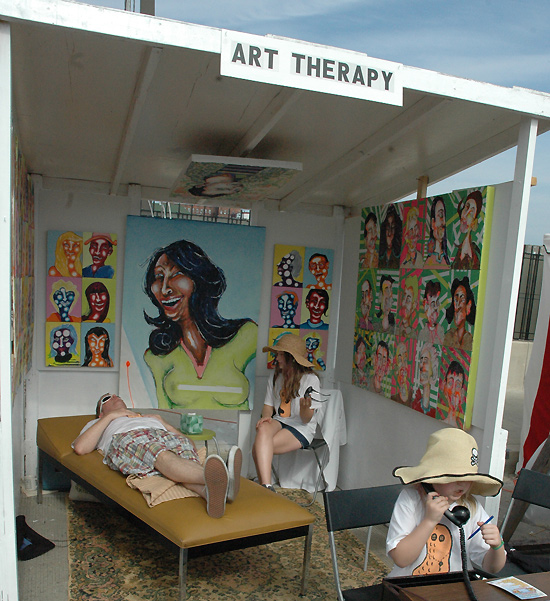 The girls and I visited our comics at the Comic Strip exhibit at Penn station (previously discussed). 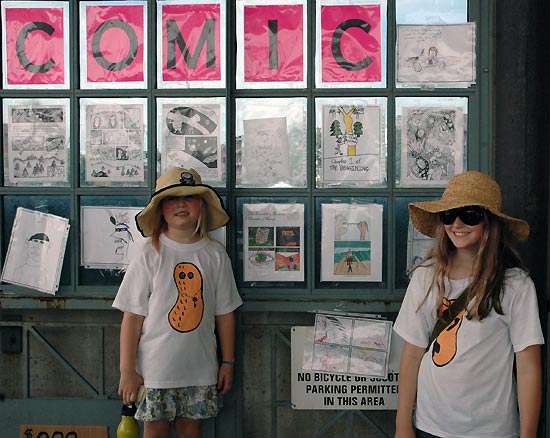 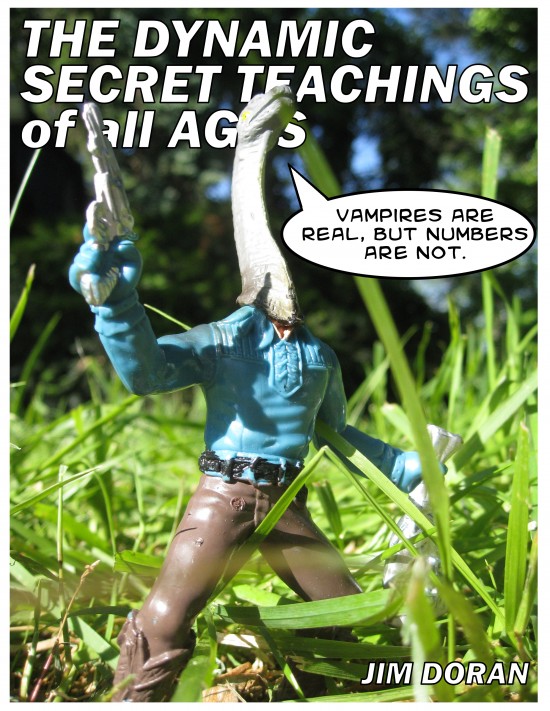 Here’s the Midway banner on the Charles Street bridge.

The girls illustrated messenger bags at the Target tent. 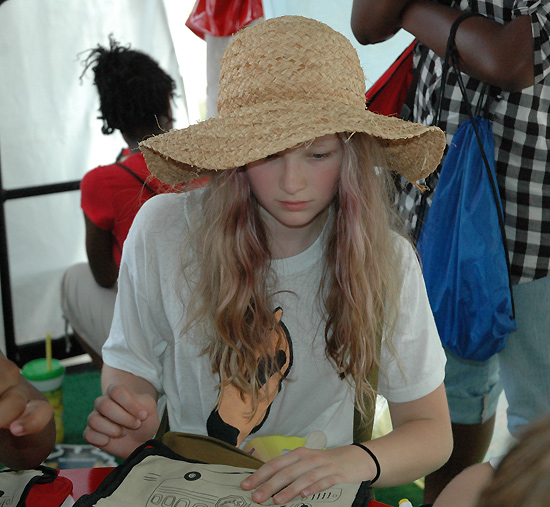 The art cars were amazing, as was the air guitar exhibition. 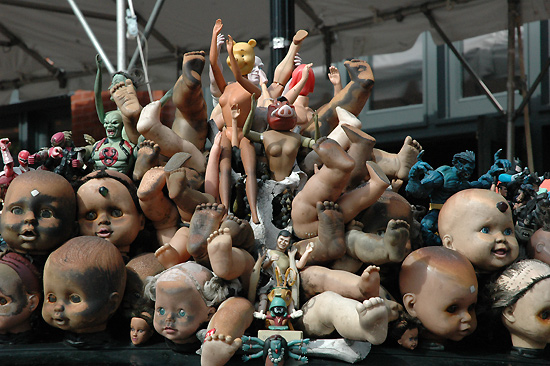 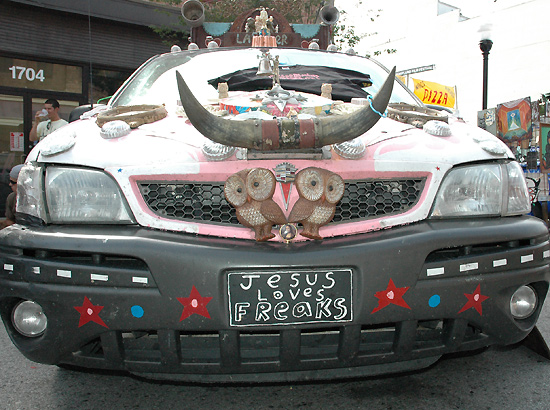 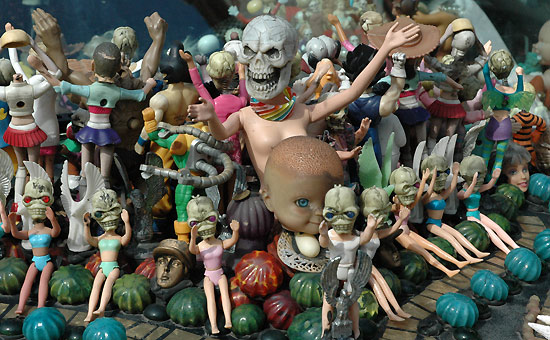 I tried to glue circus peanuts to the Throne of Glory, but it was in constant use. 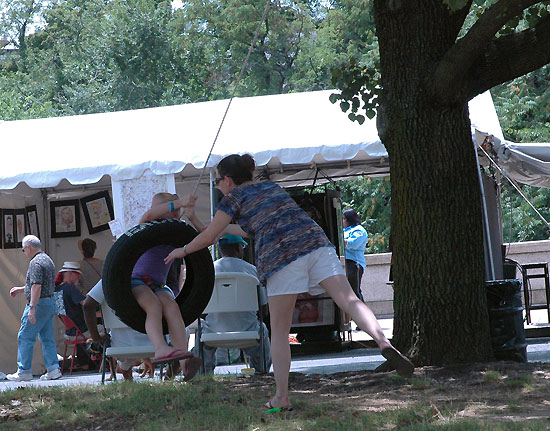 Me and my baked brains. 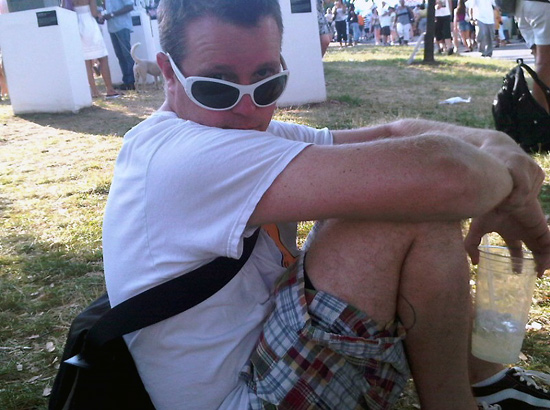 Here are a few of my favorite Sondheim finalists in the Fox building gallery. 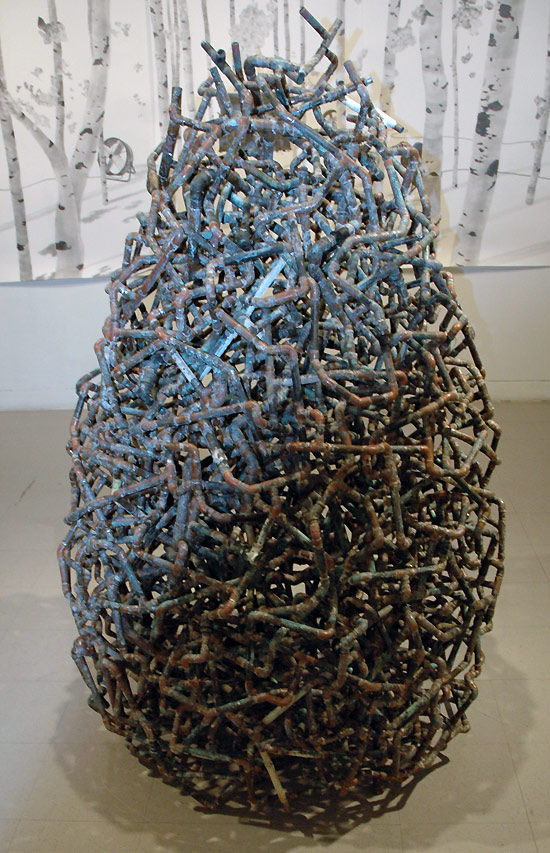 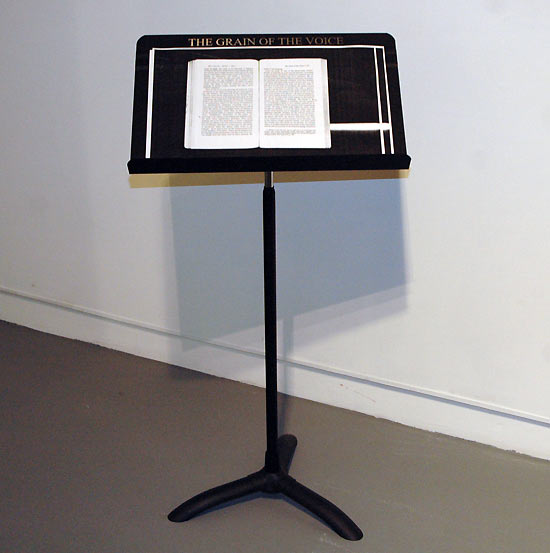 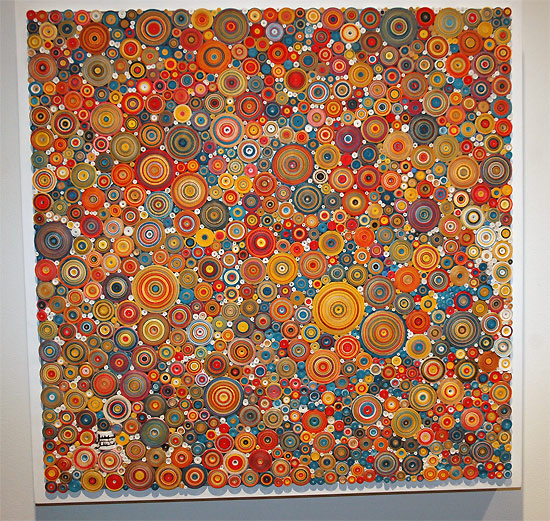 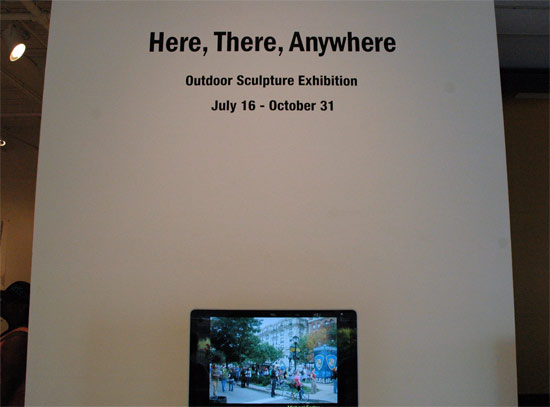 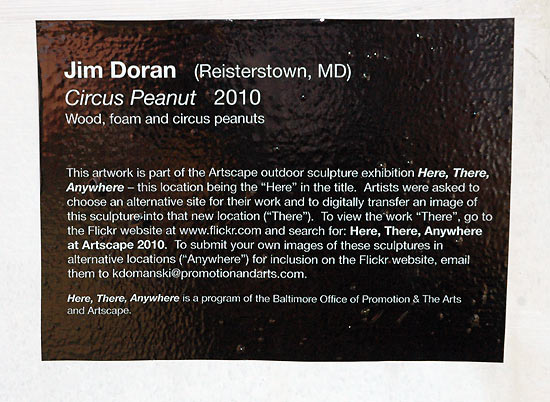 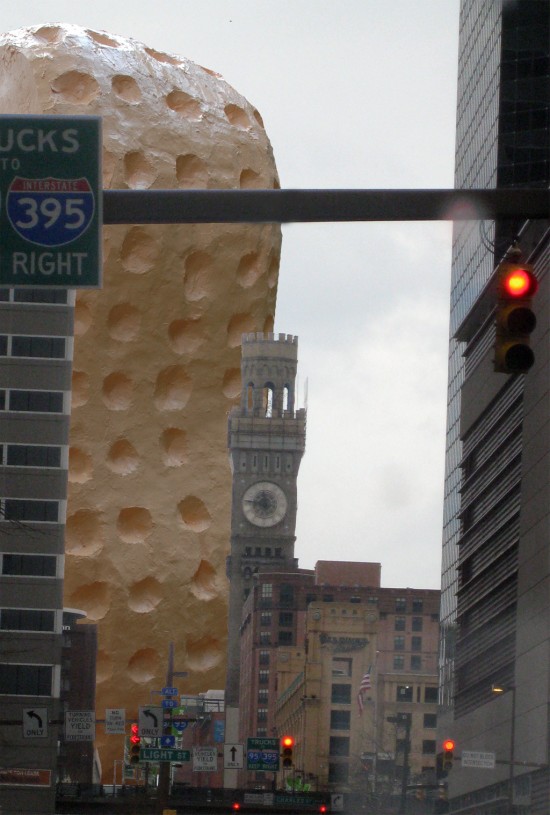 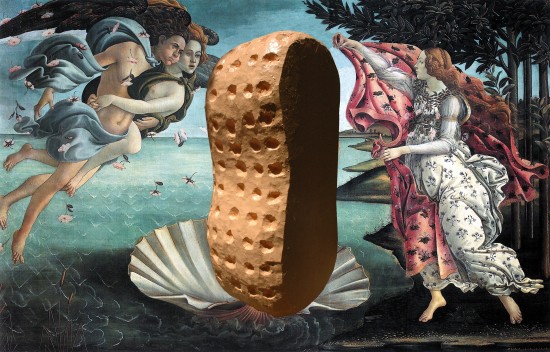 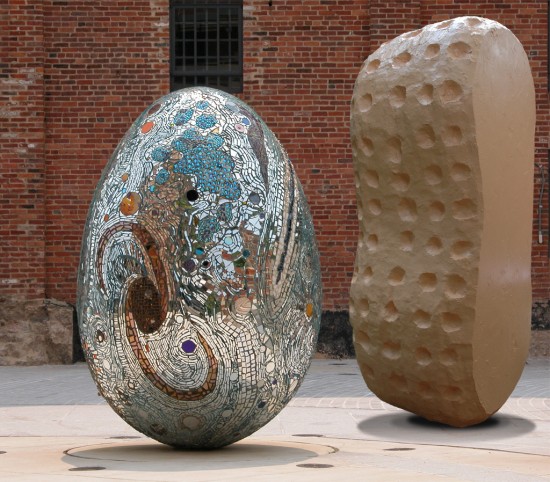 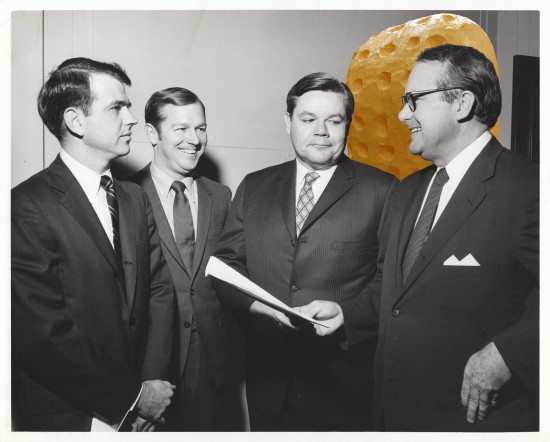 I’m sad it’s over, and relieved everything went well. Now it’s back to the drawing board.