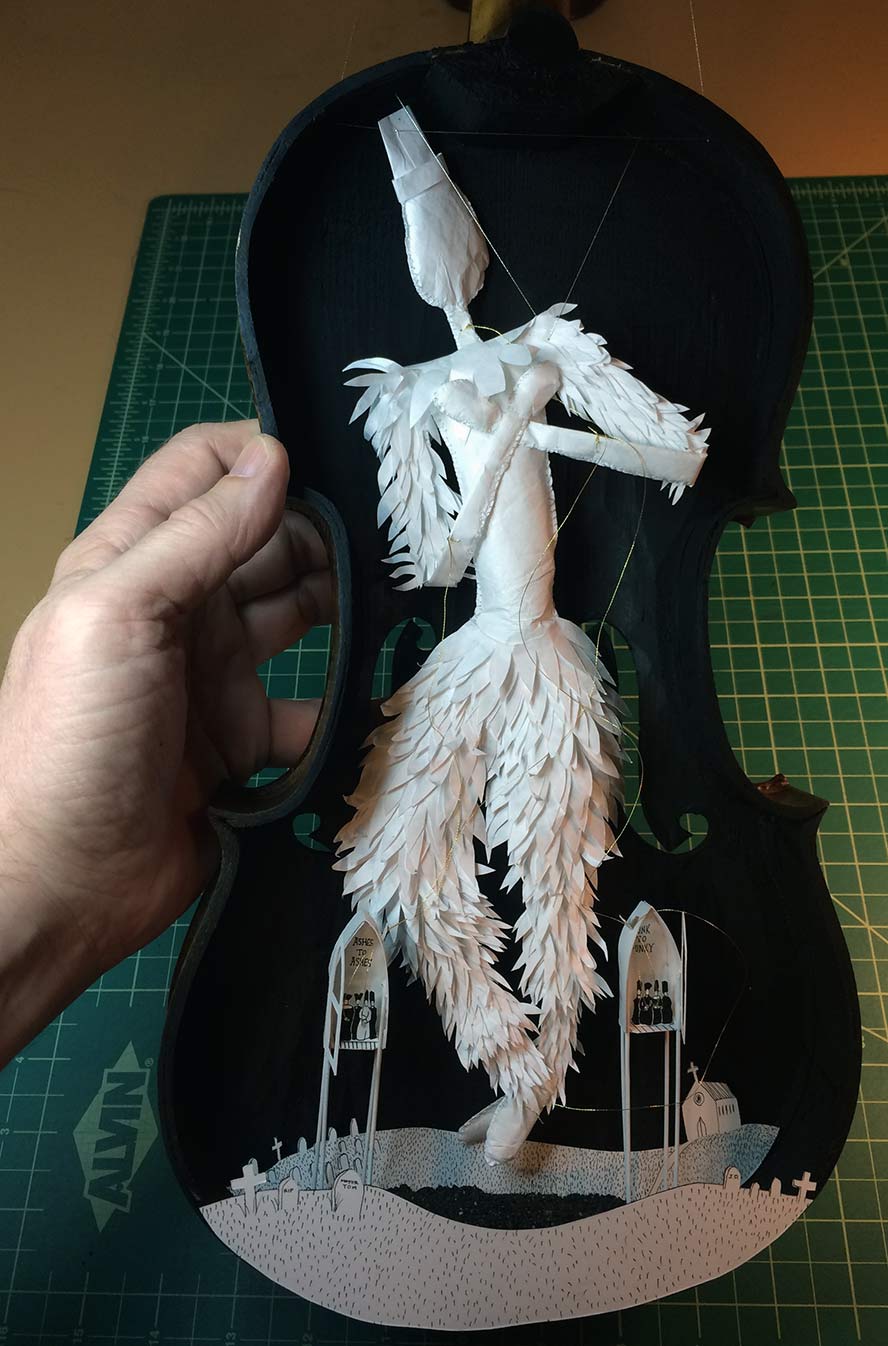 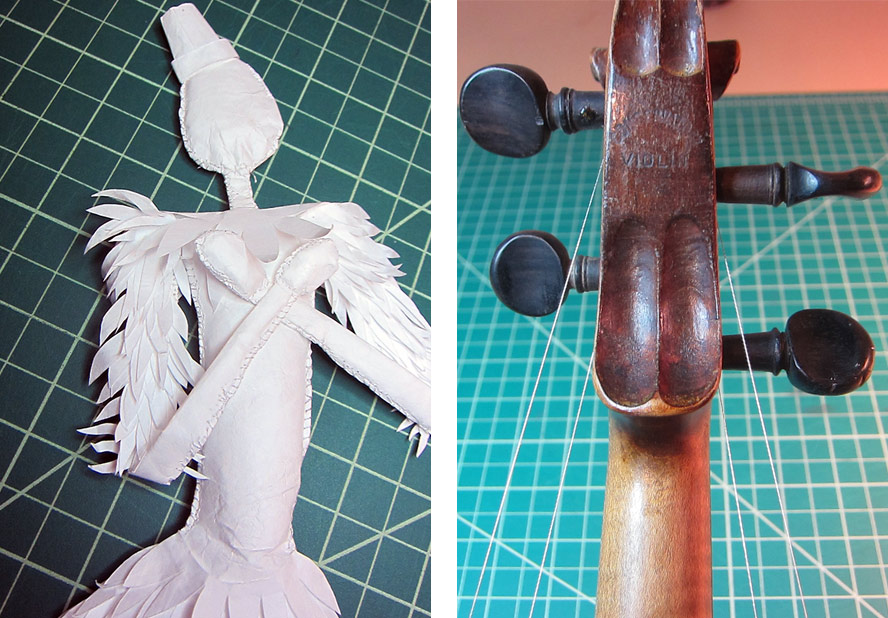 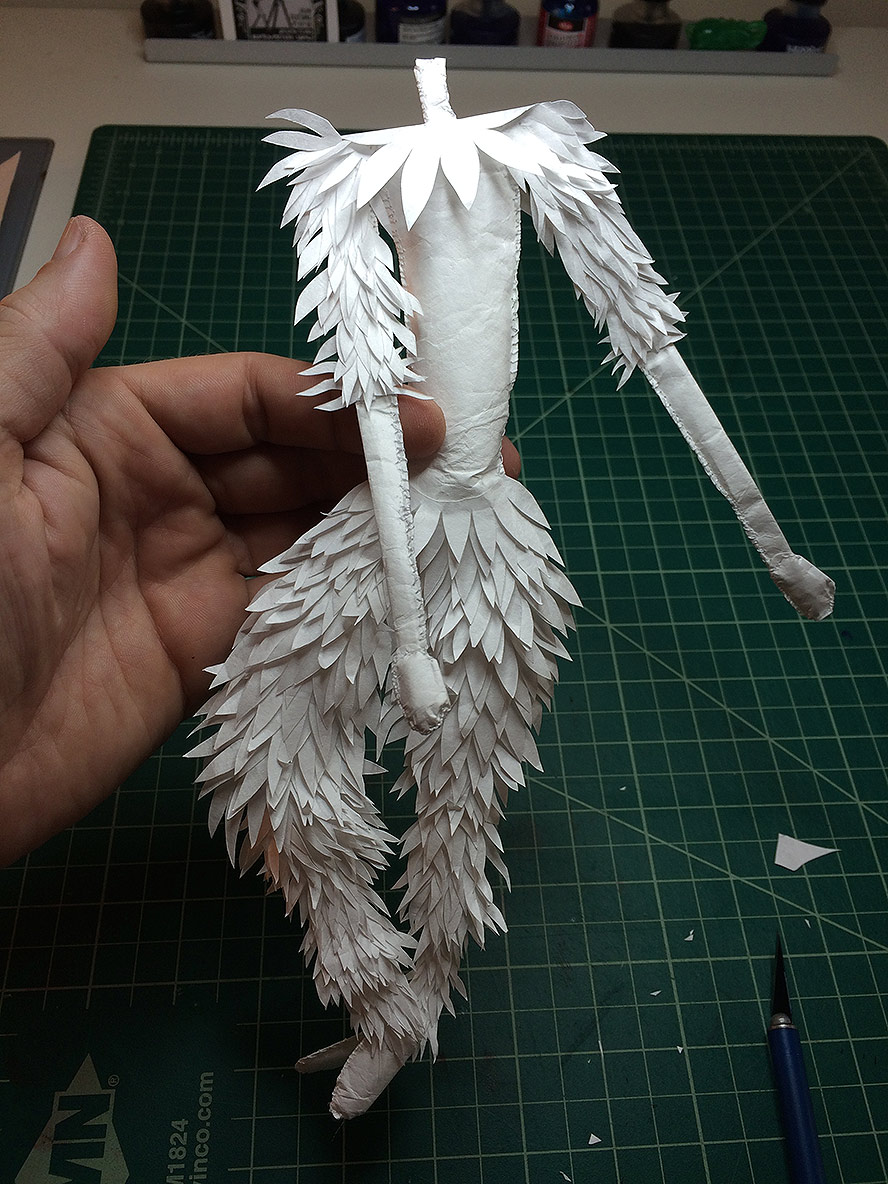 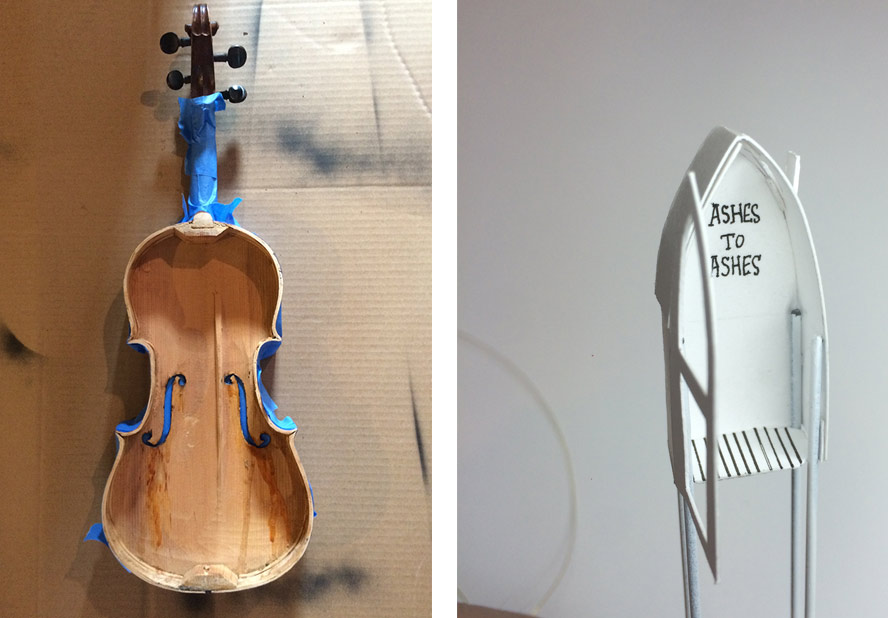 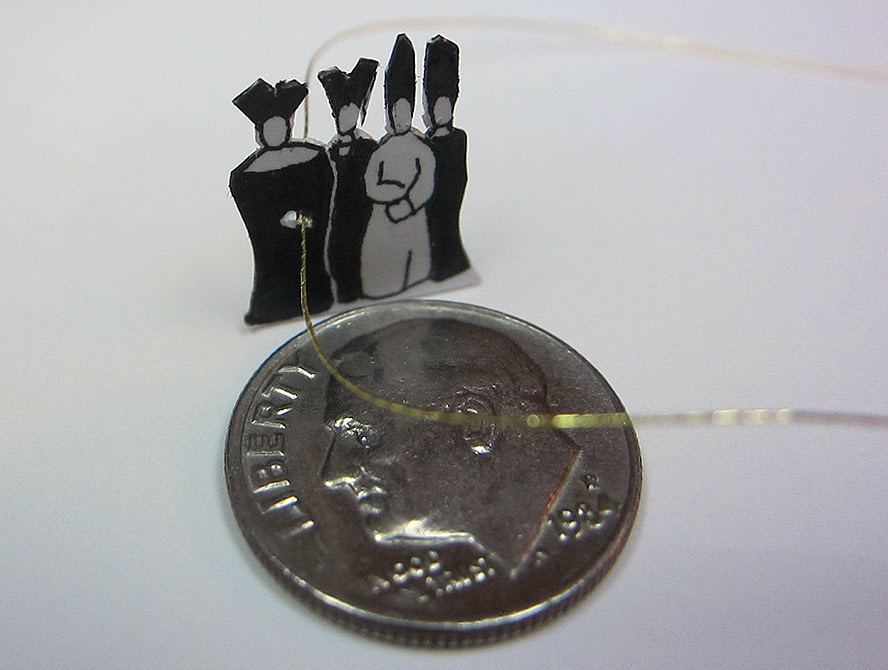 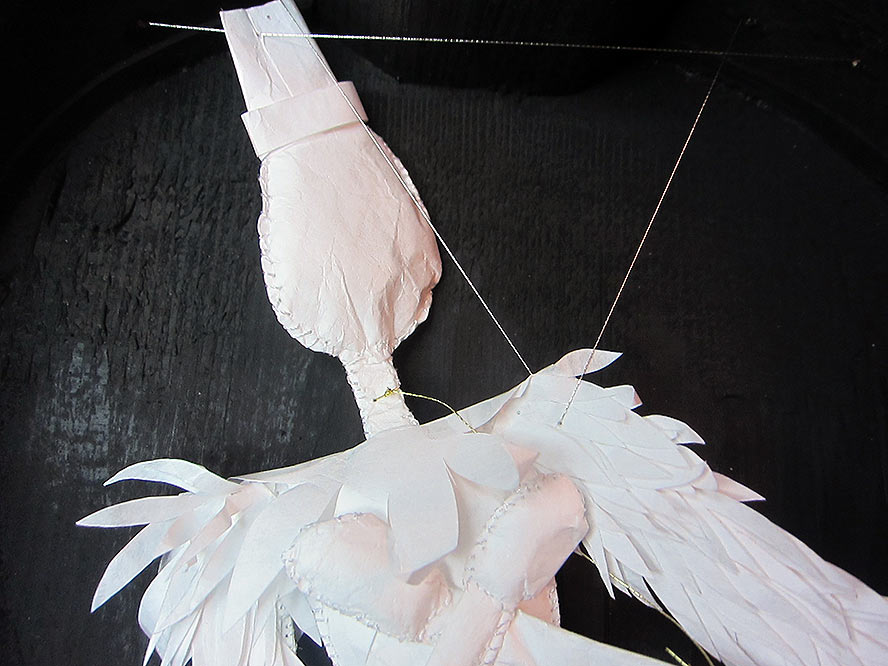 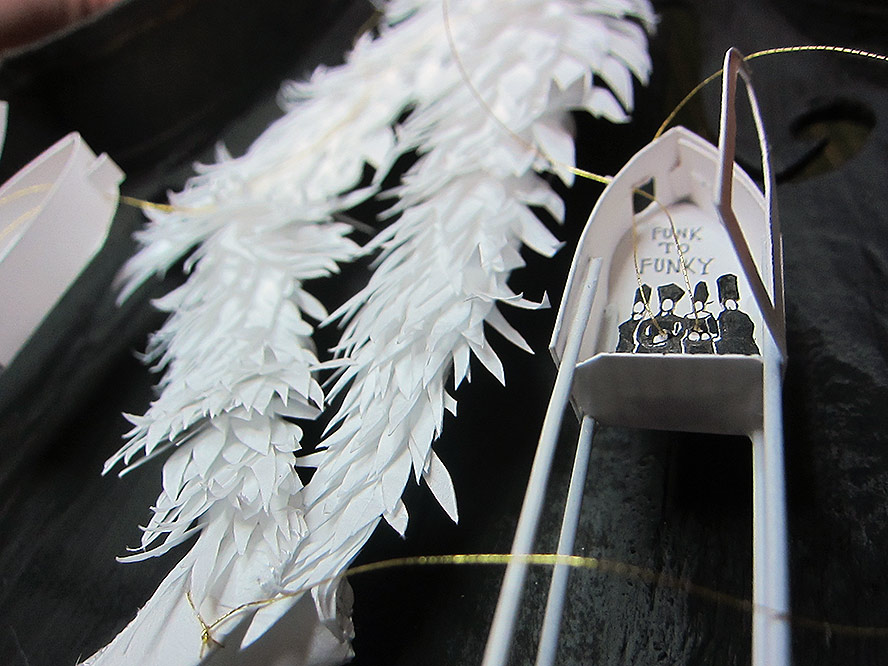 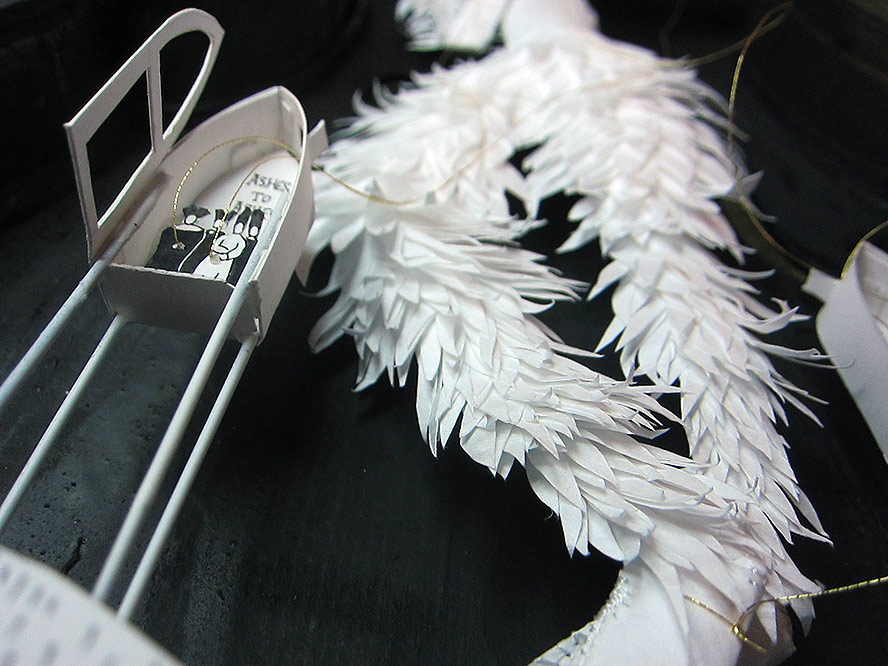 This piece is made in a late grandfather’s violin (thank you Jeanne and luthier Susan Hopkins for helping me get it/open). This is in the current show at the Smith Healing Gallery in DC – details here. Without saying too much, I love string instruments that have f-holes. This particular violin echoes a coffin, and the figure of Pierrot is trying to make his way to the Land of the Dead. He is constrained by gold thread, held by clergy-like figures. He is also being pulled onward by silver thread, and is trapped between two worlds. I wonder about famous souls who were idolized during their lives (David Bowie, for example), and how the mass grief of a society might effect a transition to, say, the Land of the Dead.