This is for a show at The New Mexico State University Art Gallery. The show, and this piece, are called “Points of Departure.” 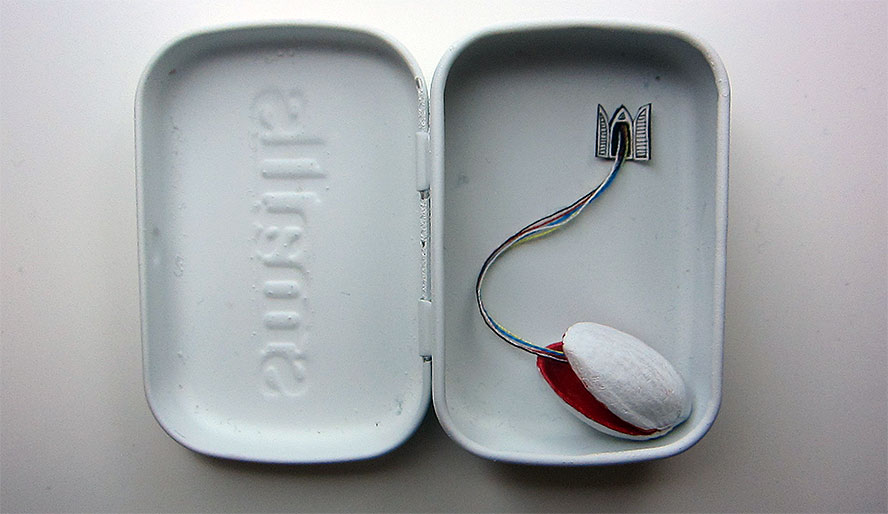 When I first heard the title of the show, I thought of Andrew Hill’s 1964 album “Point of Departure,” which is considered by most to be essential listening for any Jazz enthusiast. 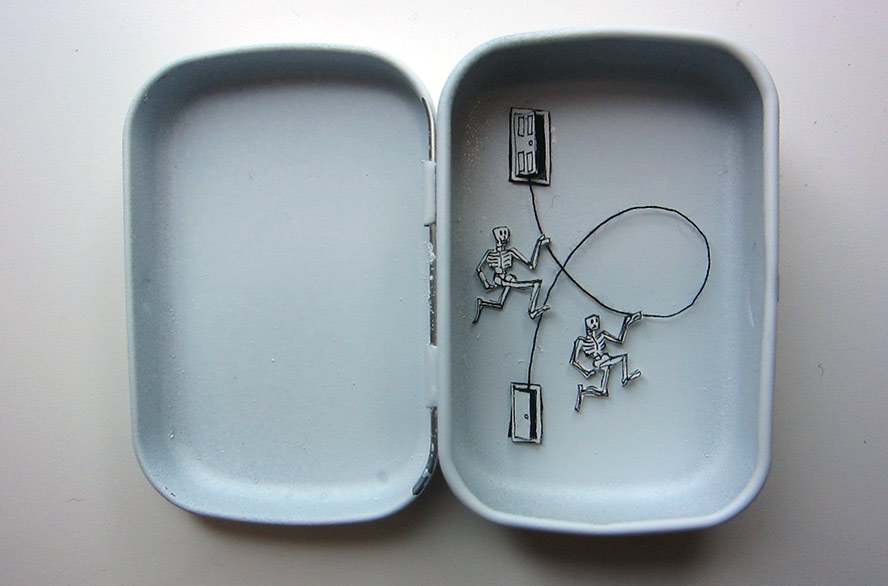 I was going to do a work around “New Monastery,” and then decided to make this. The threads in the piece (literally, the threads) connect the figures, who are moving from/to in each scene. There are 10 boxes so far, each capturing a specific moment in time. There are red, blue, yellow, white and black threads. I was thinking about a piece of music (recorded or otherwise) where there are multiple instruments playing – drums, piano, saxophone, bass – maybe other horns/strings. If you could snatch a moment in time and hold ALL the music at once (visually – Synesthesia or aurally), then you would have a complete scene. Since music is time based, there are countless moments where things are moving/changing/happening. Everything is both a connected part of a greater whole, and a single, individual element.

This is a monoscenic view of a moment in time. 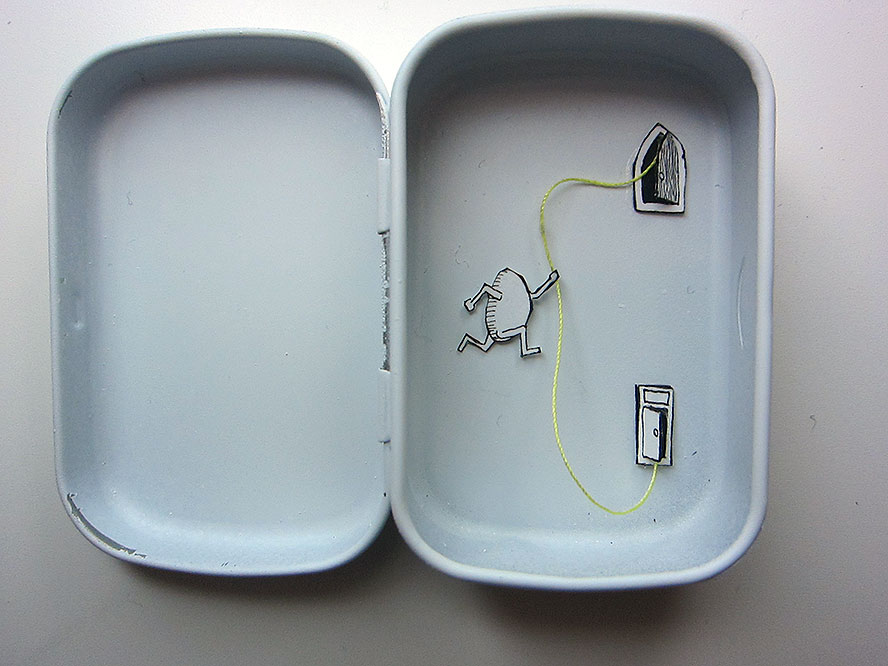 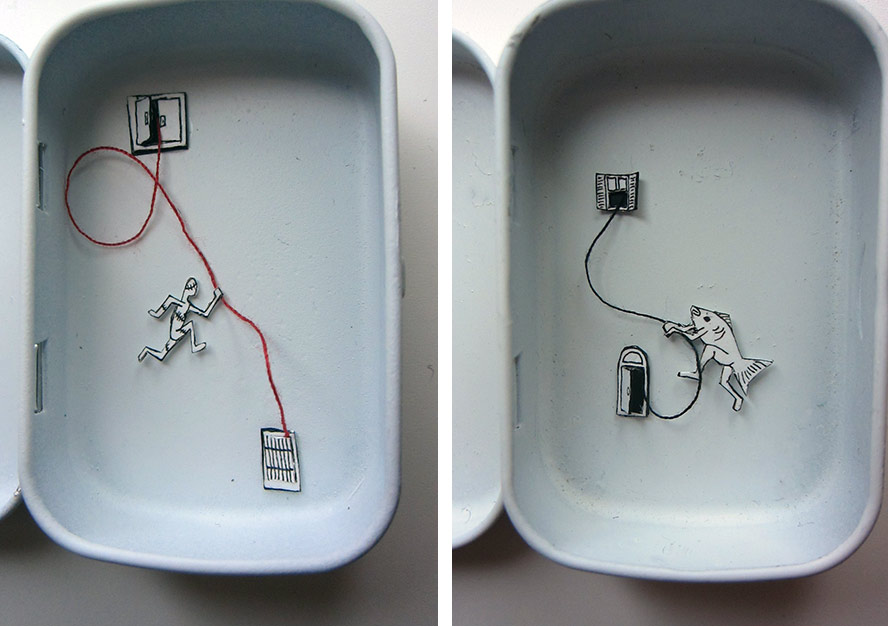 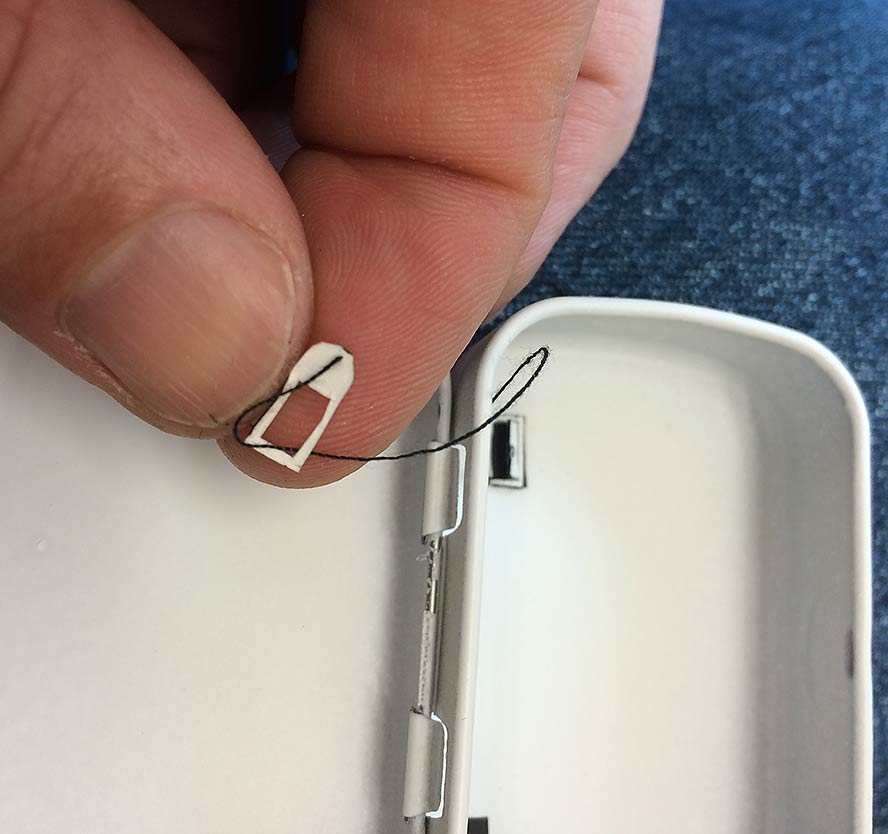 There’s another layer, too. As I was sitting down to write this, I glanced at a copy of the New York Times on my couch and, on the front page, I read the following:

In a landmark study, scientists at Delft University of Technology in the Netherlands reported that they had conducted an experiment that they say proved one of the most fundamental claims of quantum theory — that objects separated by great distance can instantaneously affect each other’s behavior.

The full article is also online. Dr. Kaiser said “I believe in my bones that quantum mechanics is the correct description of nature.”

I will write more about this as it relates to future/other pieces.