Here’s a closer look at the Dioramas I took to Diorama-rama II.

To address the theme of “March Madness,” I thought I’d ignore the sportsball and explore the strange, strange energy that Springtime brings:

I started with Spring Fever, as it was low hanging melons, er, fruit. I have a couple of “cute” tins that I’ve never been sure how to use, so I added bunny tails and a blue eyed blonde. 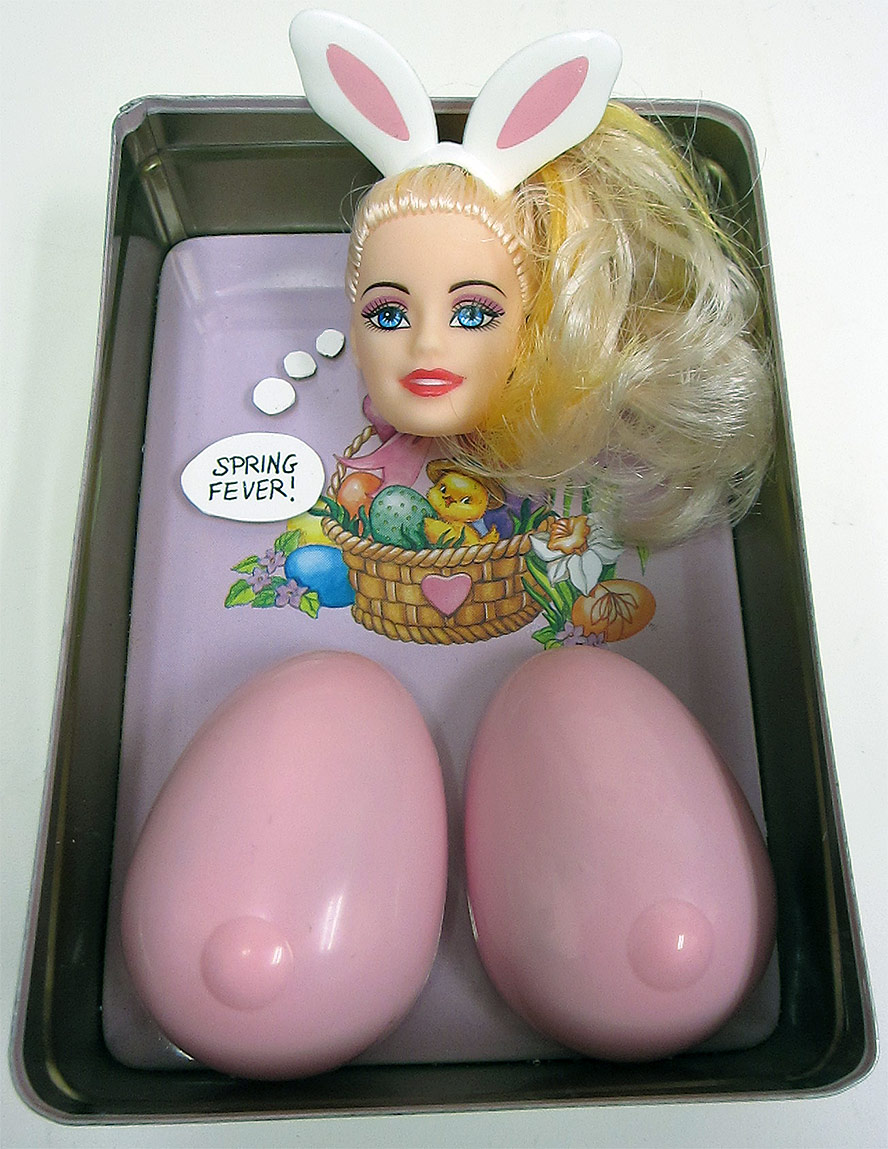 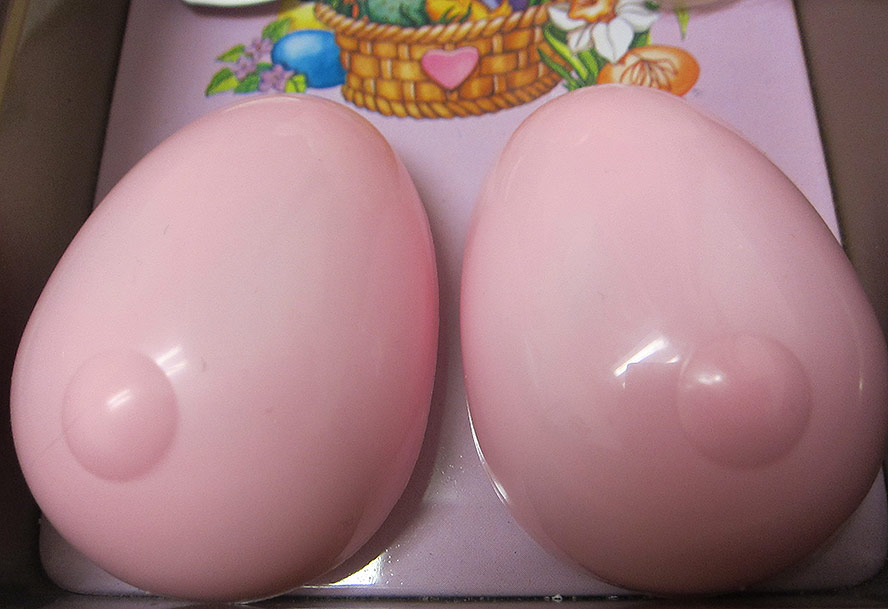 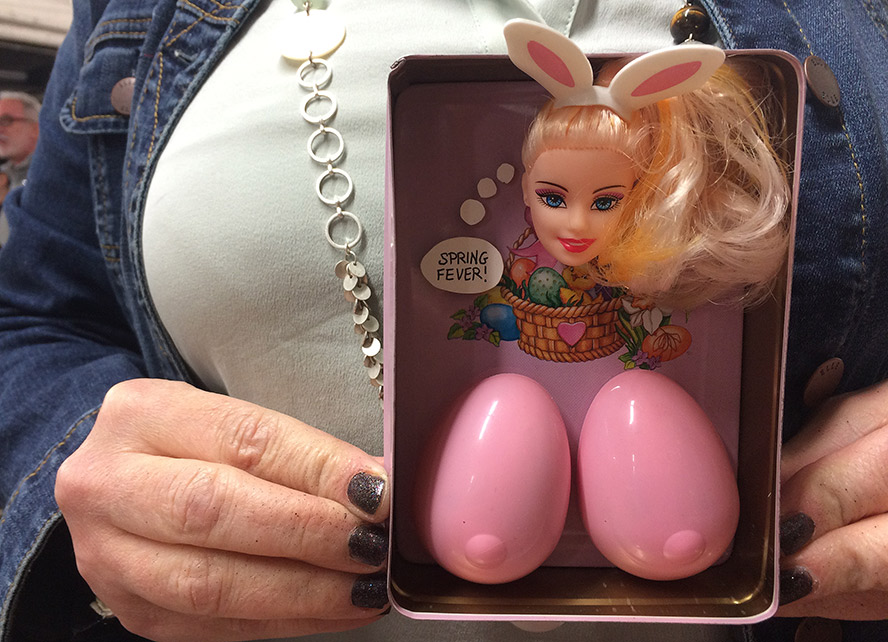 Next, I wanted to use another odd box that’s been on my shelf for a while, which bears the inscription  Recuerdo de Esquipulas (I remember Esquipulas). 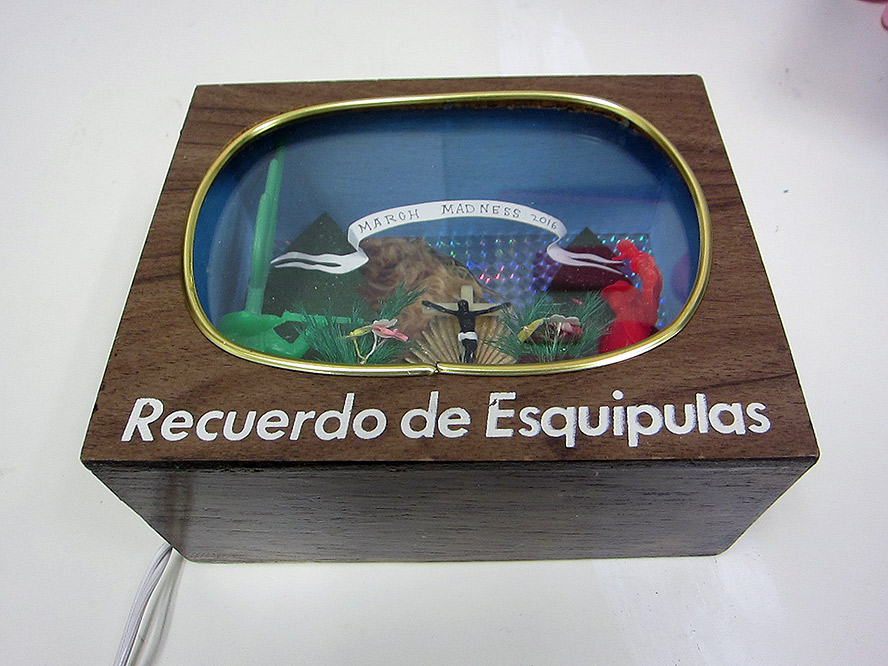 Esquipulas is a municipality in eastern eastern Guatemala.  This city is known as the main point of Central Catholic pilgrimage, as it is the place where they worship the Black Christ of Esquipulas. It is also sometimes an alternate Universe. 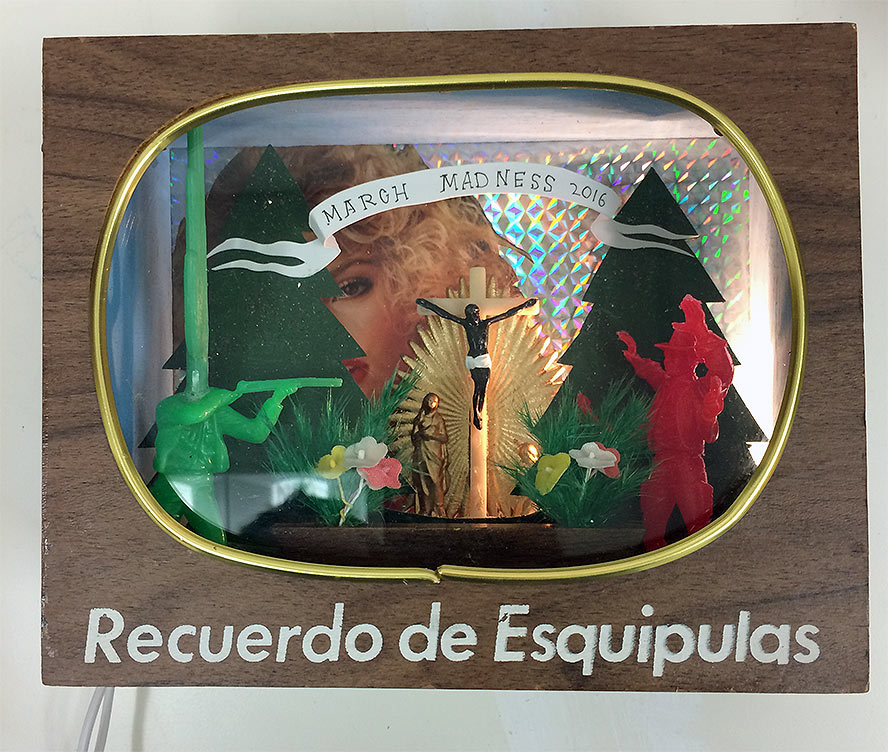 I was able to add some of my action figures (cactus head and surrender cowboy), as well as Ms. April from the 1970’s. It looks fabulous in a dark room when the interior diorama light is on. 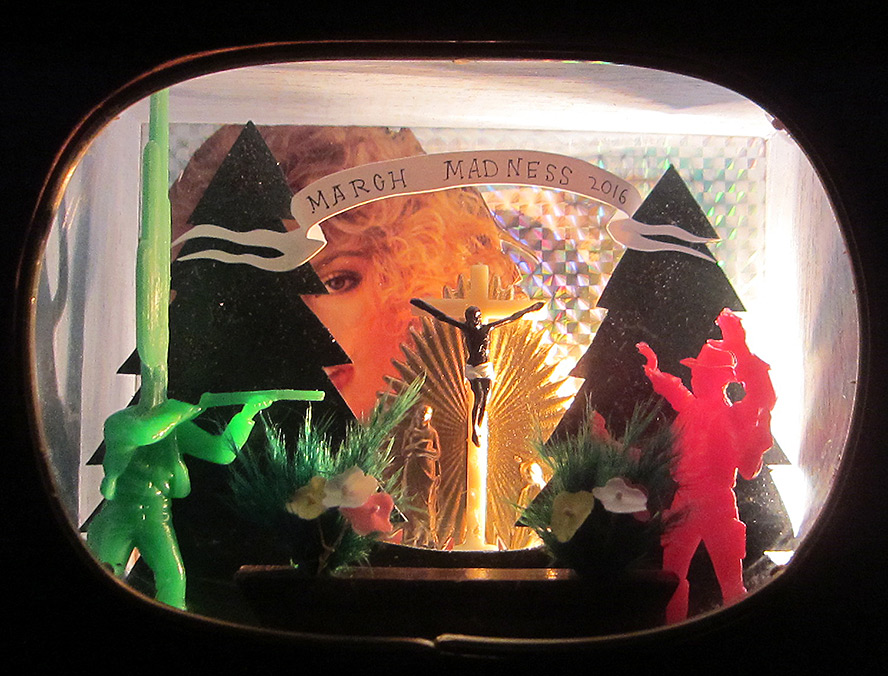 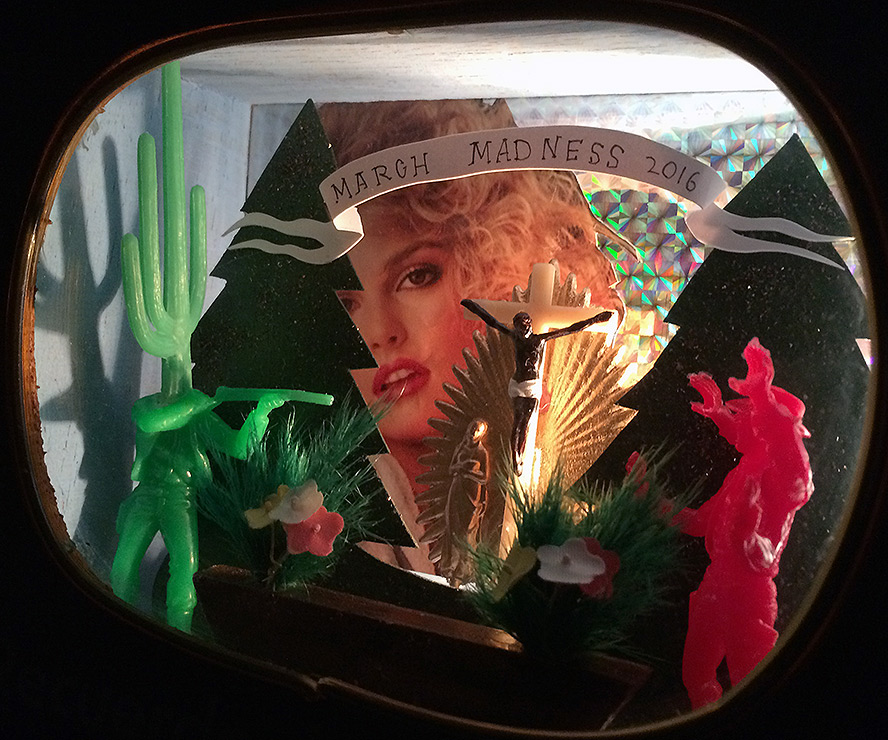 In my mind, these two pieces actually work together. Neither of them rely heavily on paper cut drawings, which is something I’ve tried only once before.