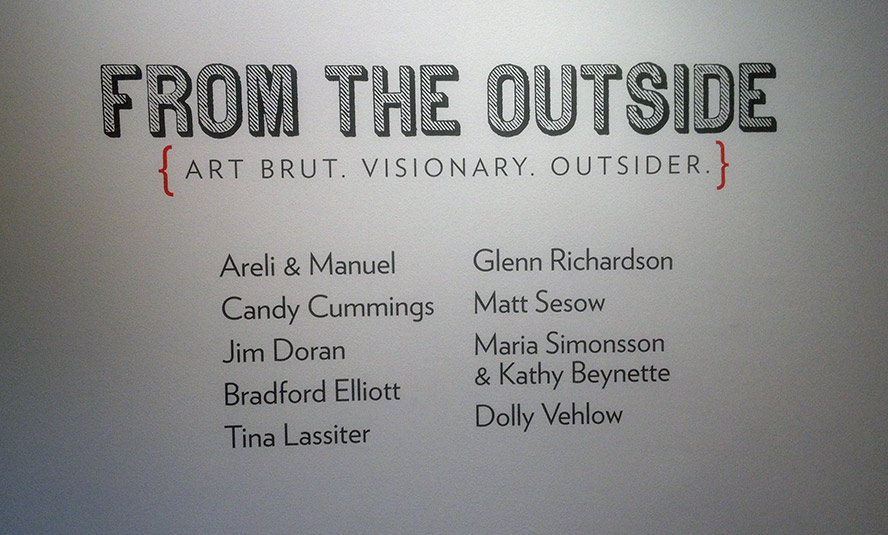 The gallery is located here:

I’ll be posting work for this show in the next few posts. 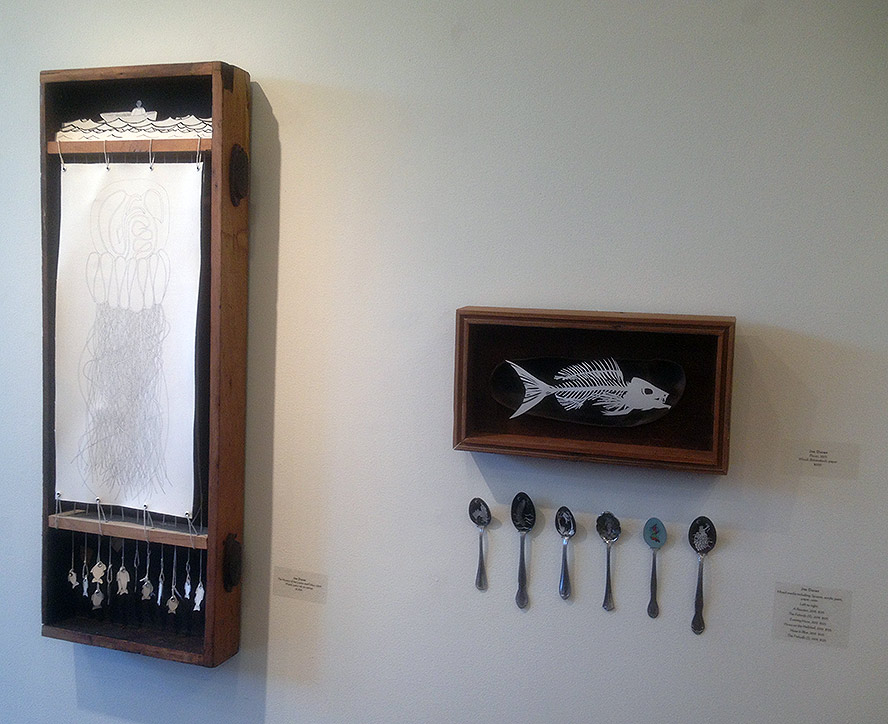 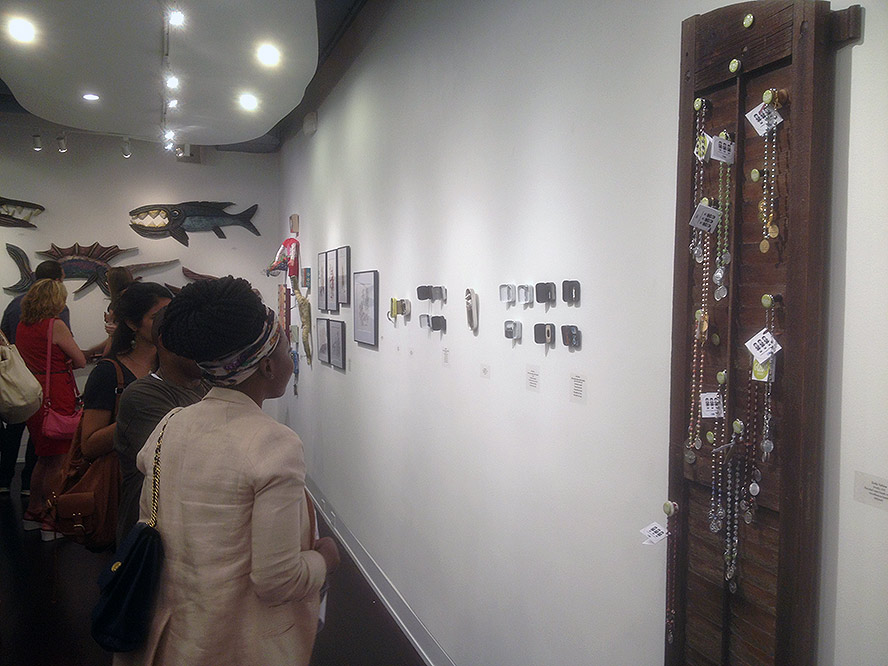 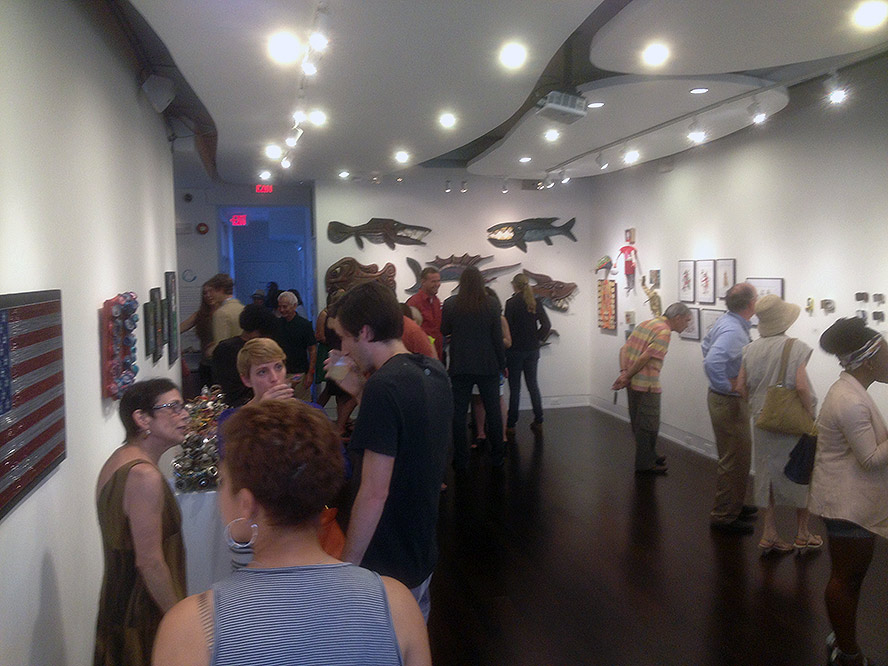 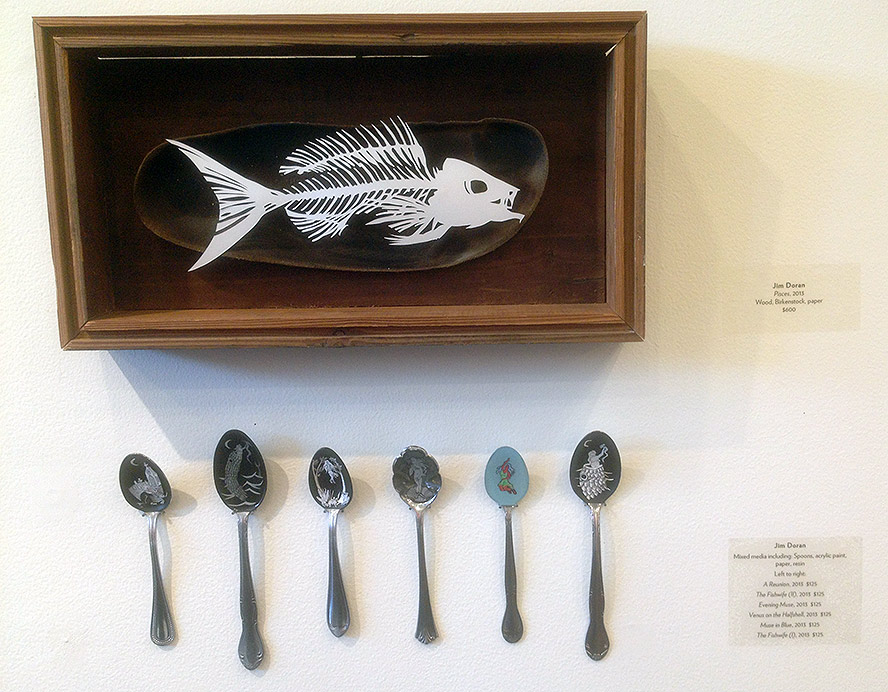 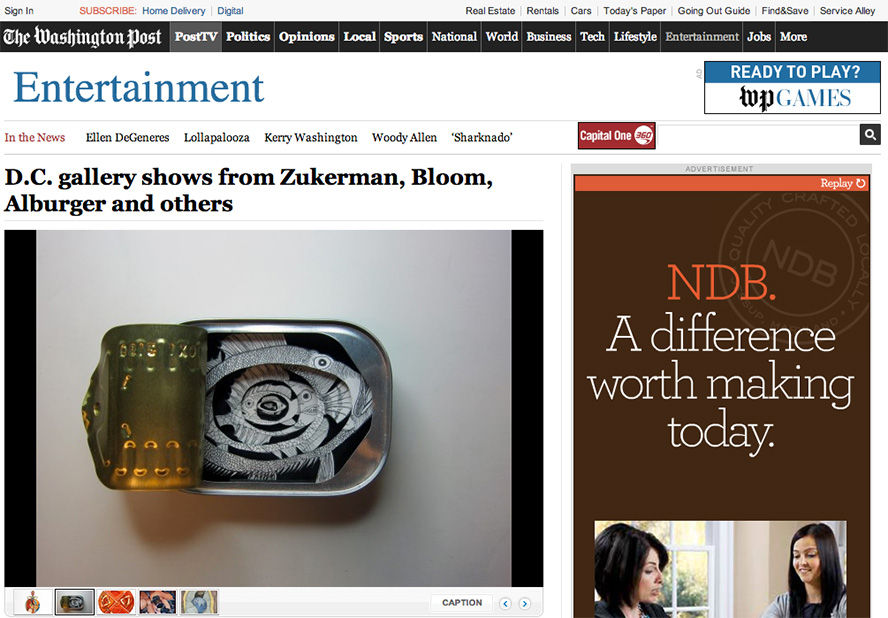 Despite its title, “From the Outside (Art Brut. Visionary. Outsider.)” includes at least some artists who are in the D.C. mainstream. Kathy Beynette and Matt Sesow, to name just two, have shown at other local galleries recently. And while much of the art in the Joan Hisaoka Healing Arts Gallery exhibition is handmade and exuberant, it can’t be termed “naive.” There’s too much skill on display for this sequel to last summer’s “Messages from Outsiderdom” to be pigeonholed as the product of artists whose inspiration exceeds their craft.

Wood sculptor Glenn Richardson hews with finesse, and while his painted, chain-saw-carved fish are whimsical, he’s not limited to the playful. His “See the Beast,” a chained and crouching figure with insults carved into its ribbed flesh, is a robust statement. Candy Cummings toys with nostalgia in her assemblages of vacuum tubes, TV knobs and other near-obsolete A/V parts, but the results are as graceful as they are goofy. While Tina Lassiter simply collages bits of magazine ads and illustrations into stylized representations of women, the exaggerated hips and busts comment on how the female form is merchandised. Some of these 10 artists offer more private visions, but much of “From the Outside” is more engaged with contemporary society than the other­worldly.