I had an eye check-up this morning, after which I took the metro to work as usual. It’s always fun having your pupils dilated – you get to spend a couple of hours looking like a vampire AND everything else looks fuzzy!

Today, though, I rode the crazy train to work.

There was another gentleman slumped in the far corner when I took my seat. He had his parka pulled snuggly around his head, so nothing was visible. As we got underway, I noticed mumbling which got louder and louder until it was shouting.

What follows is an actual transcription of the dialog coming from inside the parka (drawn quickly on the train):

I like to think he was yelling at his six foot invisible rabbit companion (and he probably was), because he had dropped the hood when he was shouting about killing someone. And maybe he just thought I was a vampire. 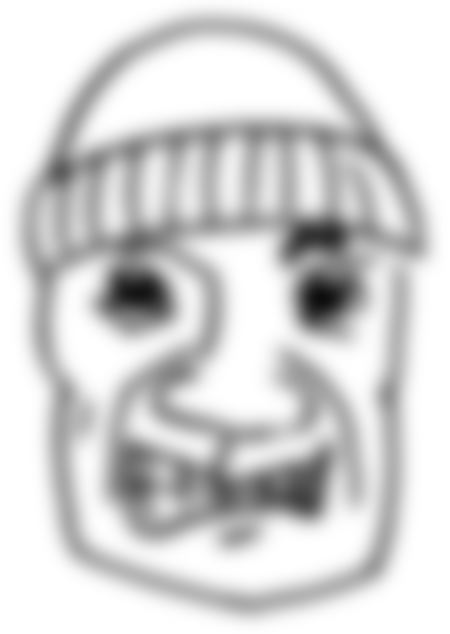 My eyes are great, by the way. Clean bill of health.