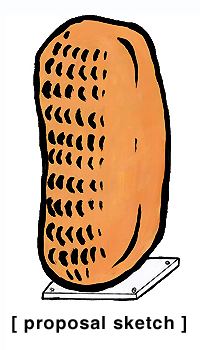 The GIANT Circus Peanut is finished. It’s installed on Mount Royal Avenue in Baltimore, by MICA, and will be on display through November as part of the Here, There, Anywhere exhibit. This is the  “making of” post.   I had some help and thank the following peeps.

My initial thought was to use a metal pipe in the center, and build an armature from chicken wire that I could then “paper mache” with house wrap, Baltimore City Papers and the like. My concern was that I’d have to shred the house wrap into slices so thin that it would take weeks to get it smooth, and also that it would be too heavy.

Here’s what I ended up doing instead. 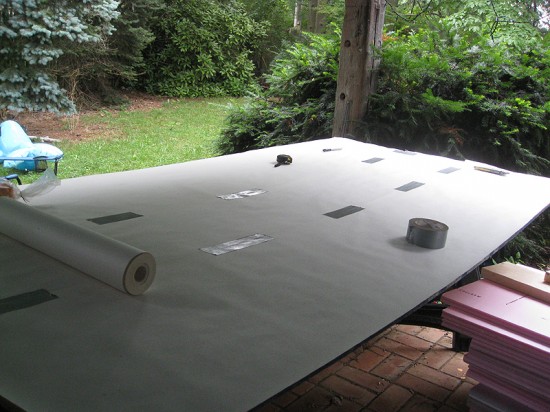 I made a template by piecing together paper into an 8′ x 4′ sheet. I cut out the shape of the peanut and taped the edges with packing tape. 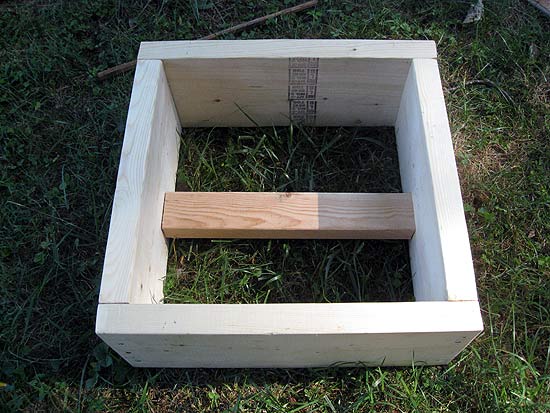 I made the base of the peanut from 2×8’s, held together with decking screws. 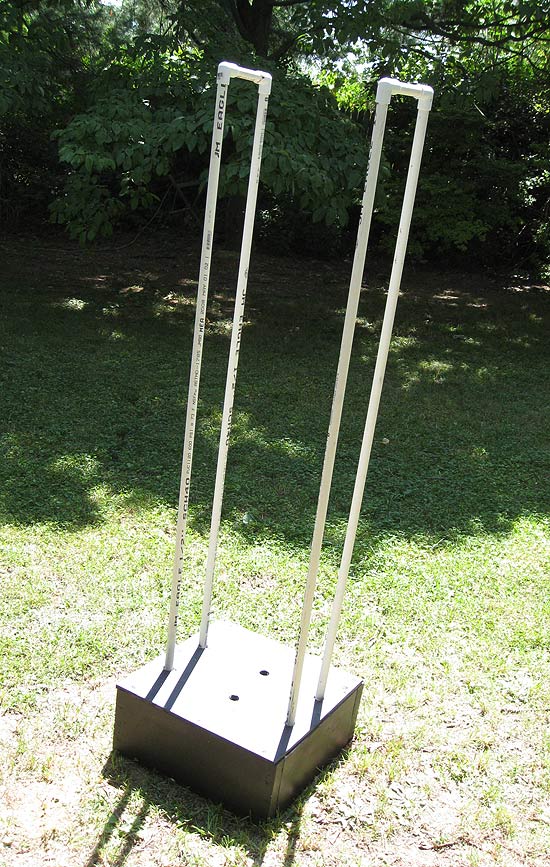 I put half-inch PVC pipe in the base for support – very light, and very strong. And, as a bonus, I put some actual circus peanuts into the pipe before gluing the pieces together. 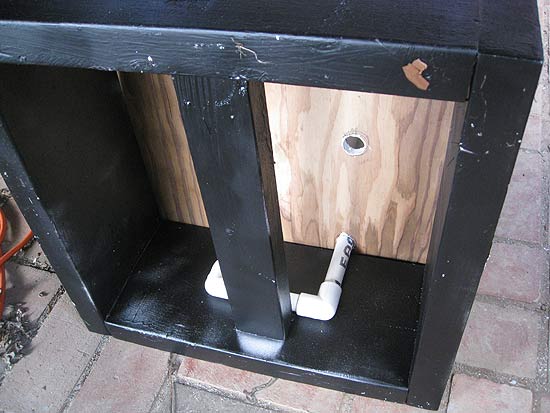 I was going to have three pairs of pipe support, but it was too much, so I removed the center section.

Once the base was assembled, I cut out the “slices” from sections of Owens Corning foam insulation. I used vinyl gutter downspout sections as spacers, held in place with heavy duty foam safe construction adhesive. The bottom vinyl spacer is screwed and glued to the base, and then glued to each section of foam. It ended up being very sturdy. 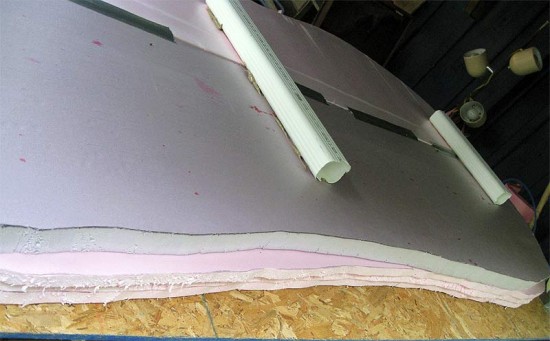 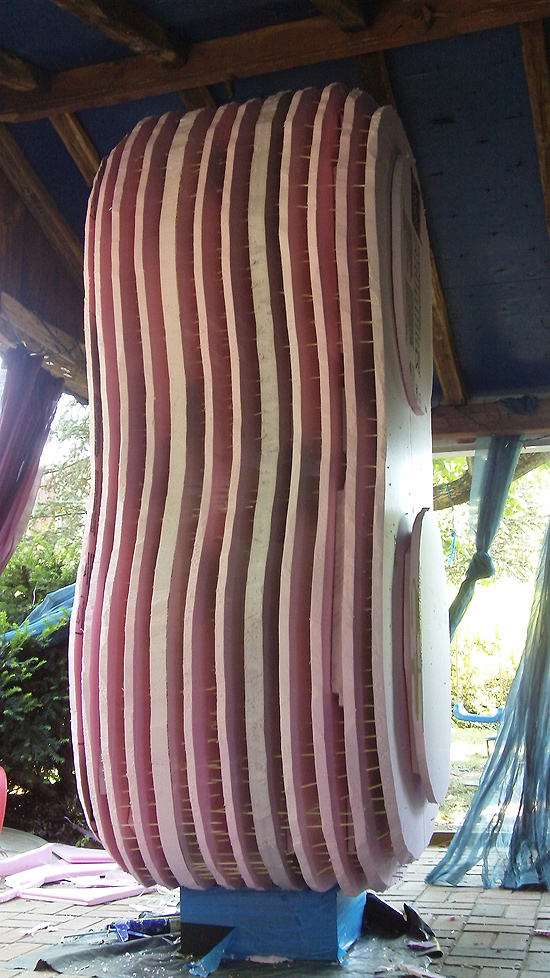 The original idea was to sculpt the sides to be somewhat rounded, but it proved too difficult to accomplish (well) in the time I had left, so I removed them. I used bamboo skewers as supports between the layers. They are cheap, strong and I needed something to hold the foam spray in place until it hardened. 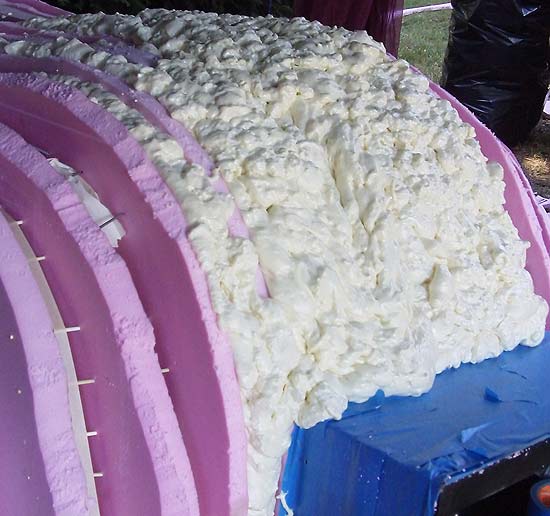 I’ve used this foam in my home before – it was satisfying playing with it here. Once it cured, I carved the exterior shape, and the divots on the face. 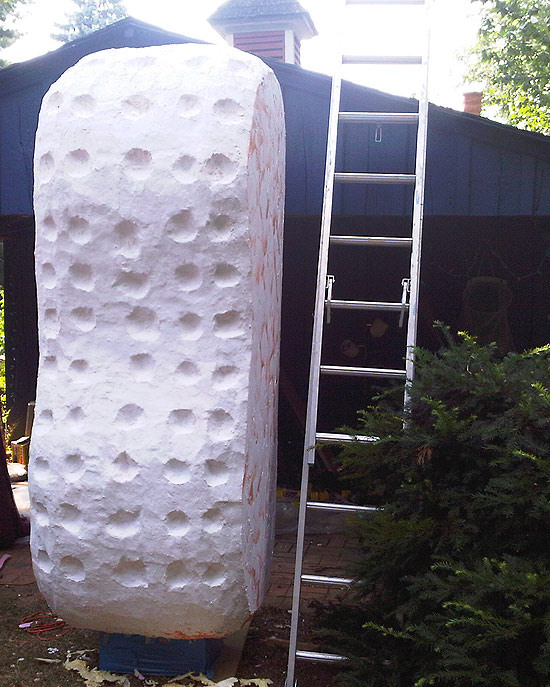 The girls and I  did most of the spackling. 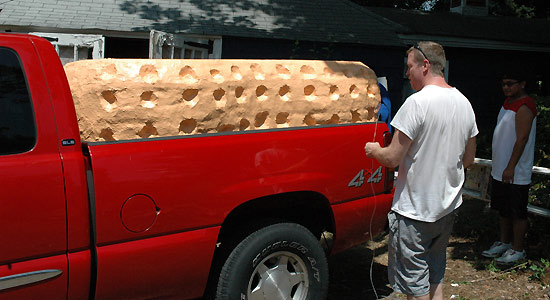 I’m pretty sure it weighs over 300 lbs – it was difficult to move and harder to install. :) Just ask RJ. 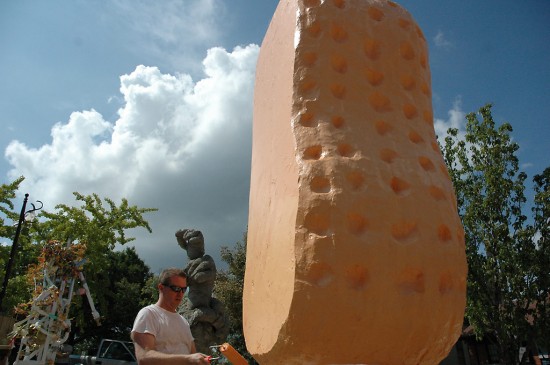 Please come to ArtScape and see it in person!

If you’re interested in what happened with the peanut, there’s more to read here and here.