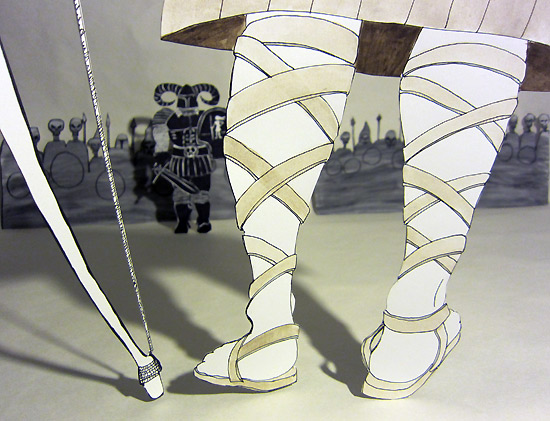 For this week’s Illustration Friday, Immovable, I decided to put together a scene from my sketchbook on the Goddess of the Hunt facing some unsavory types. Yep, an unstoppable force meeting an immovable opponent. Or, vice versa.

Here’s the set up: 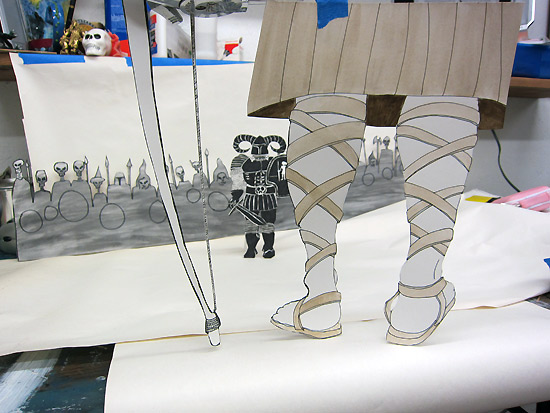 And then more refined: 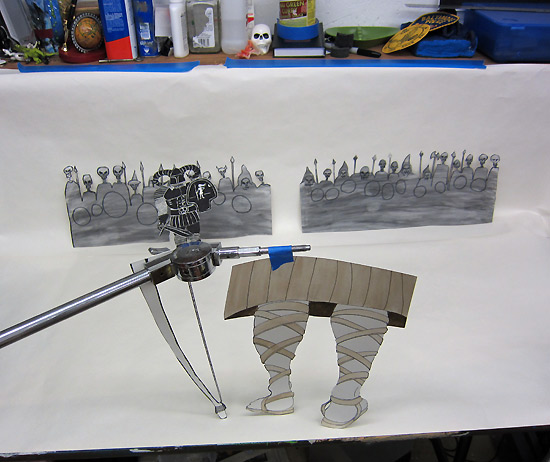 Diana’s upper body is actually a cymbal stand. Don’t tell her, though – I don’t want her to feel bad that I haven’t finished drawing her.

Here’s how it started: 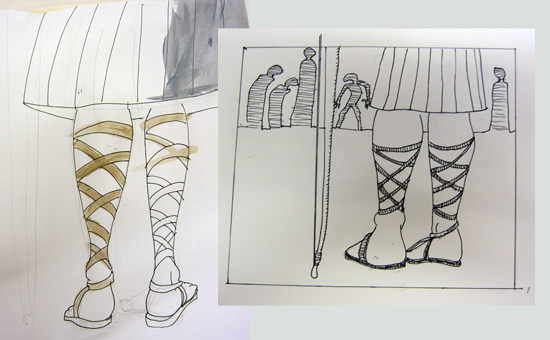 I didn’t sweat General Terrible or the bad guys too much, because I wanted them to be out of focus. 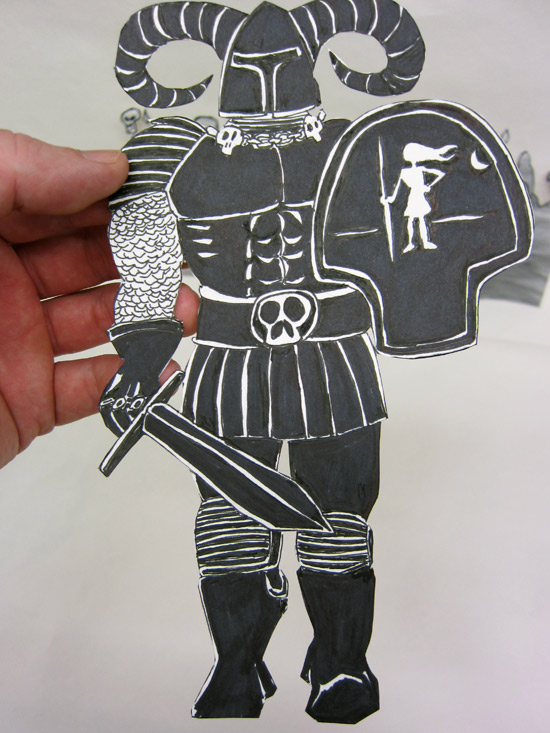 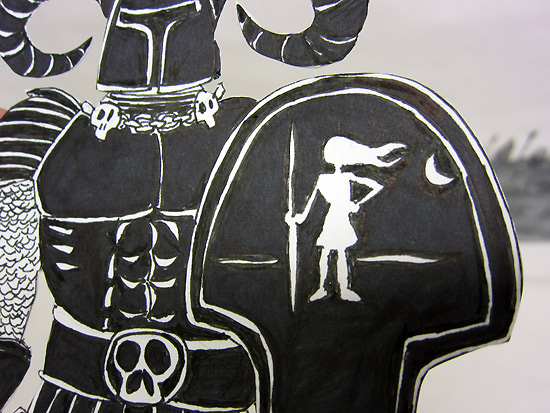 Diana is reflected in the Shield

And here are some outtakes with different lighting
: 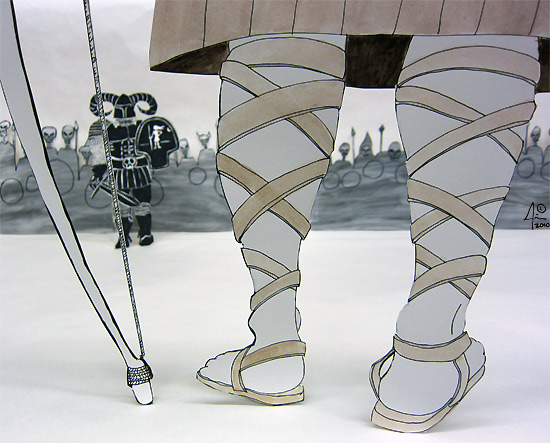 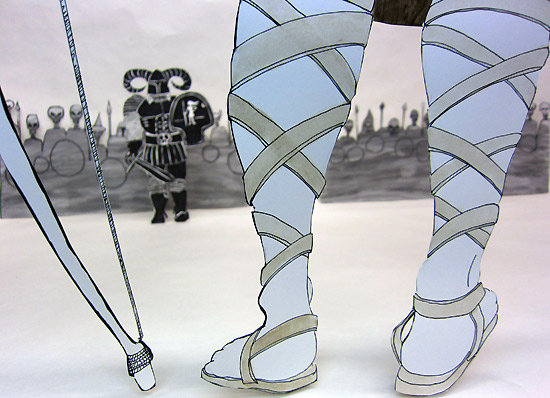 Diana wins, of course. They don’t really stand a chance – she has the moon on her side.