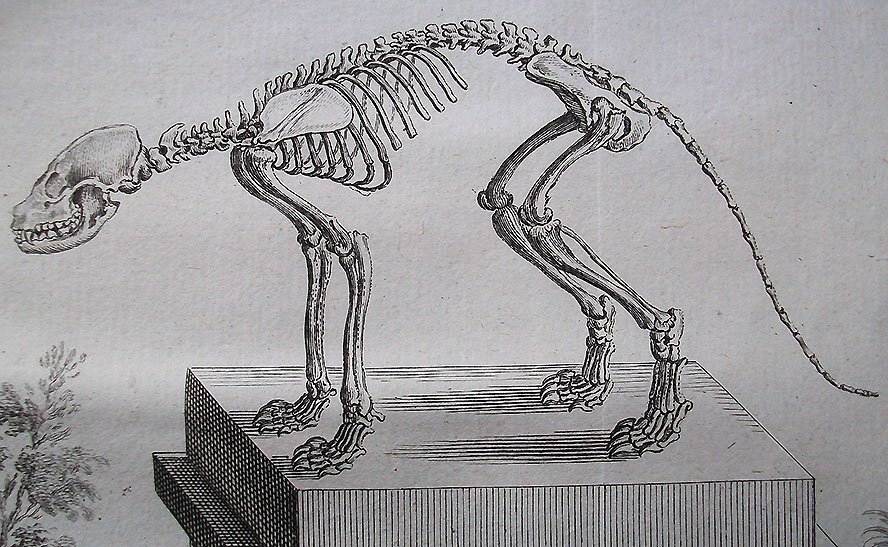 For years, I’ve been bringing dead raccoons home to bury them in a makeshift pet cemetery. It is a nice thing to do for them, and it provides a safe way for me to interact with them. 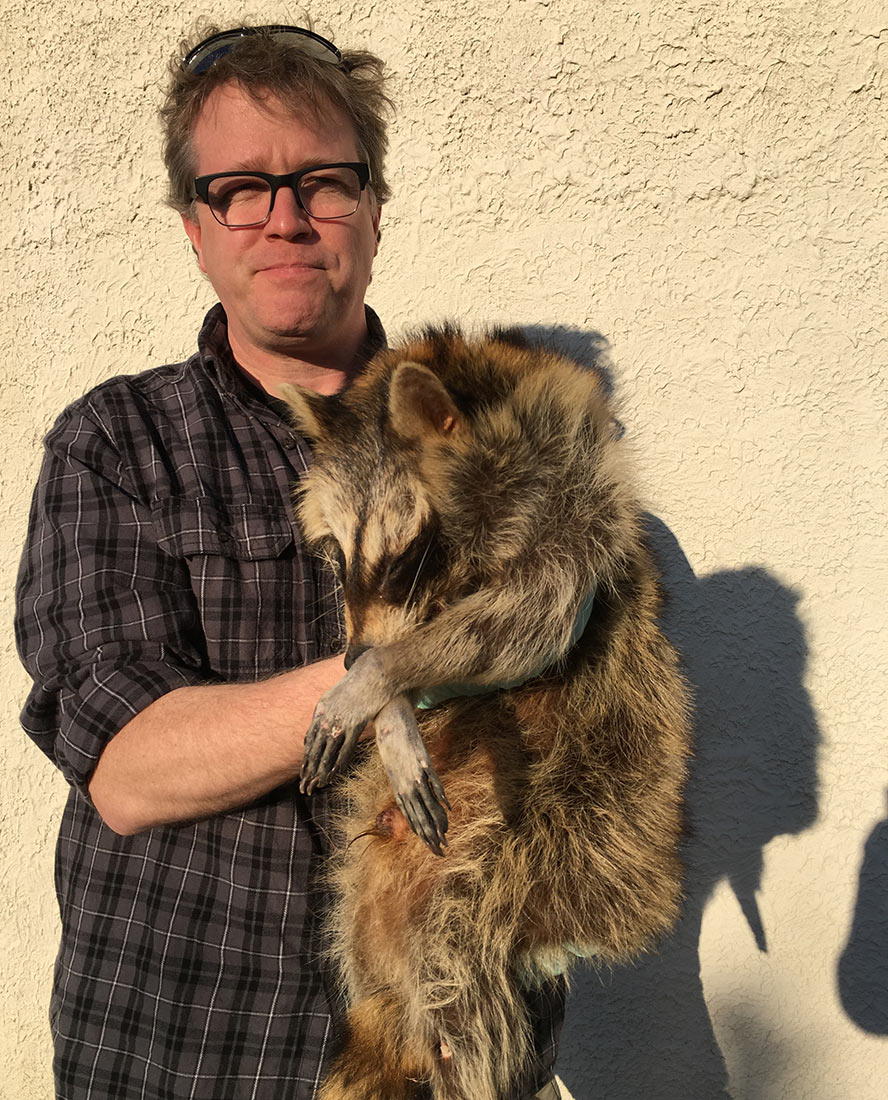 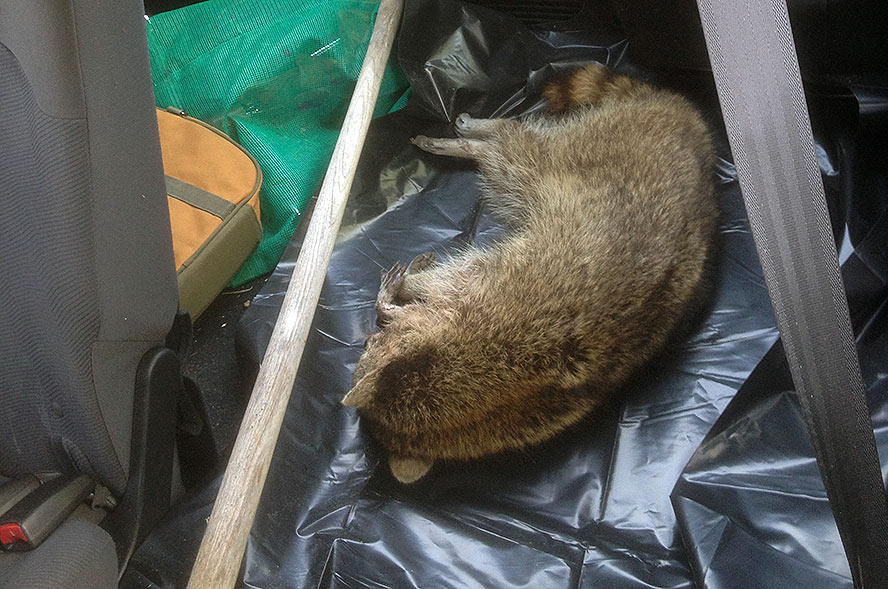 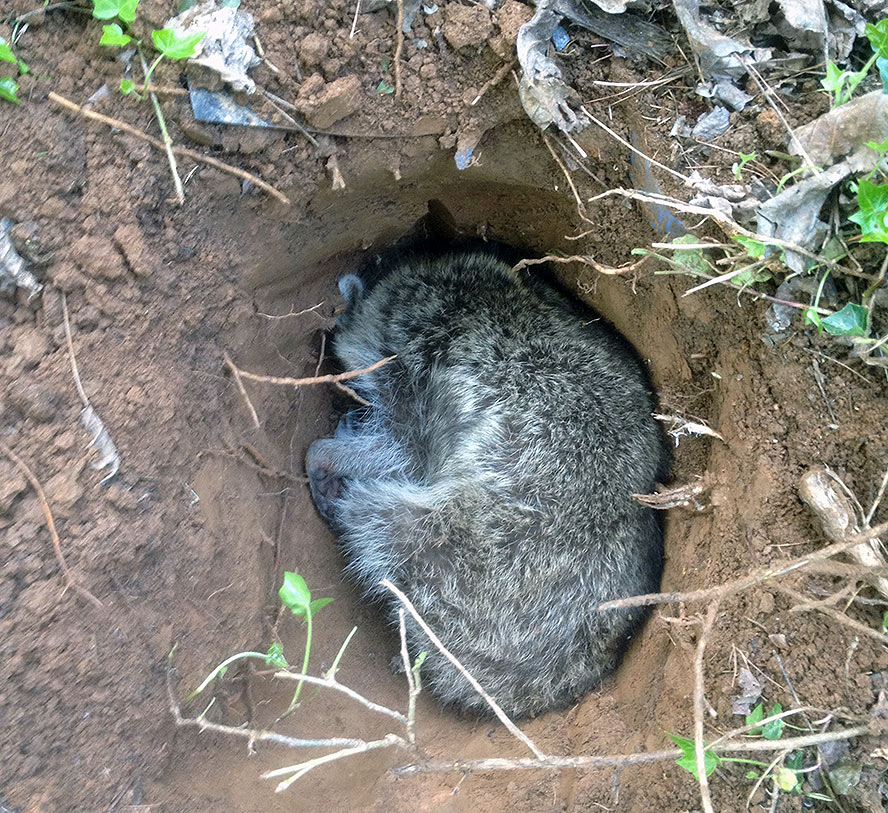 I recently started a new taxidermy experiment. I’m not so interested in stuffing them at this point (although I would love to own some stuffed raccoons), but I AM interested in their bones. 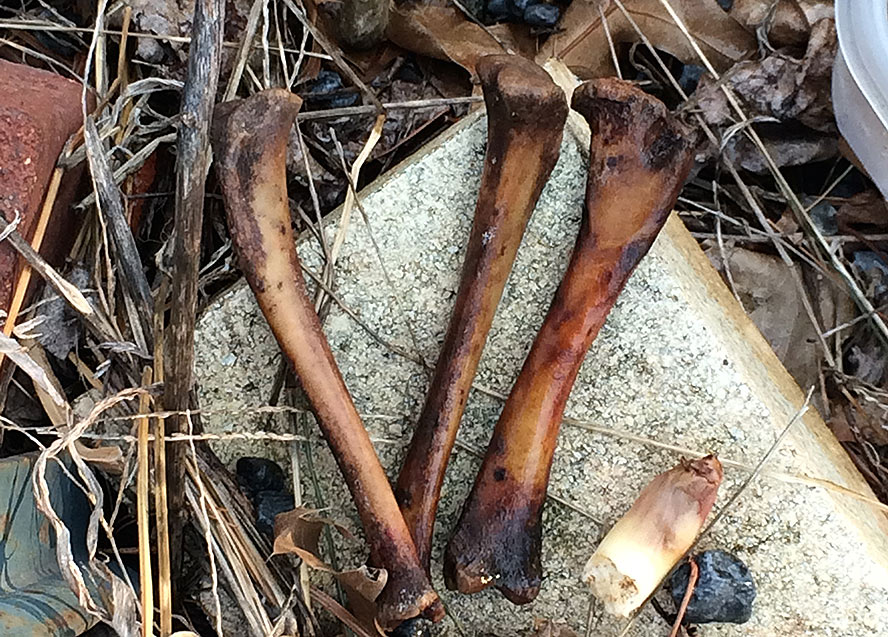 Instead of burying them and reclaiming the bones later, I am trying a new approach, which is to keep them in a cage above ground until they fully decompose. 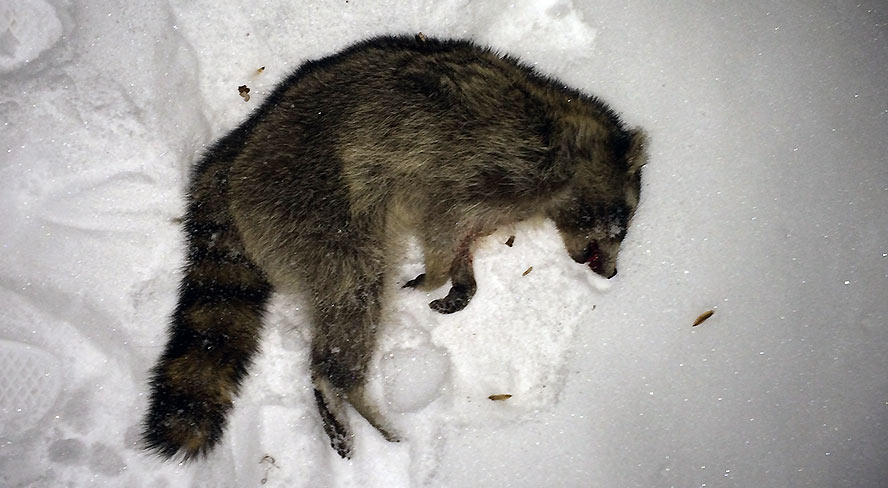 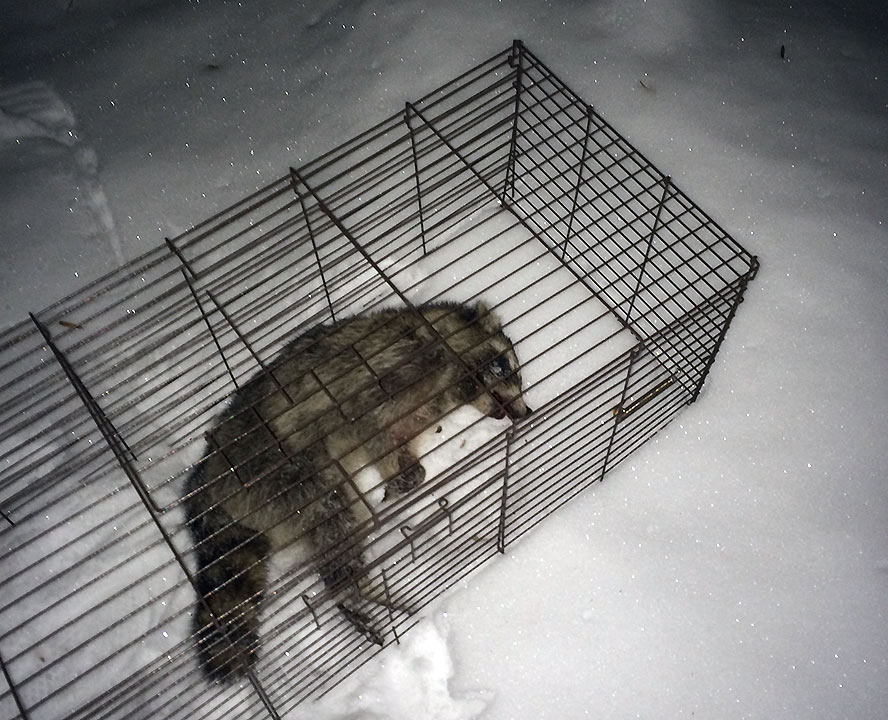 The photo below is from a few weeks ago. Living in such a rural place has been a big advantage. There is a sad abundance of dead raccoons, and the nearest neighbors are far enough away that smell hasn’t been an issue.

I introduced meal worms to the bodies shown above. Once the bones are exposed, I’ll put them in a box with more meal worms, as they are supposed to rapidly clean the bones. My cage has successfully frustrated visiting vultures and other critters. 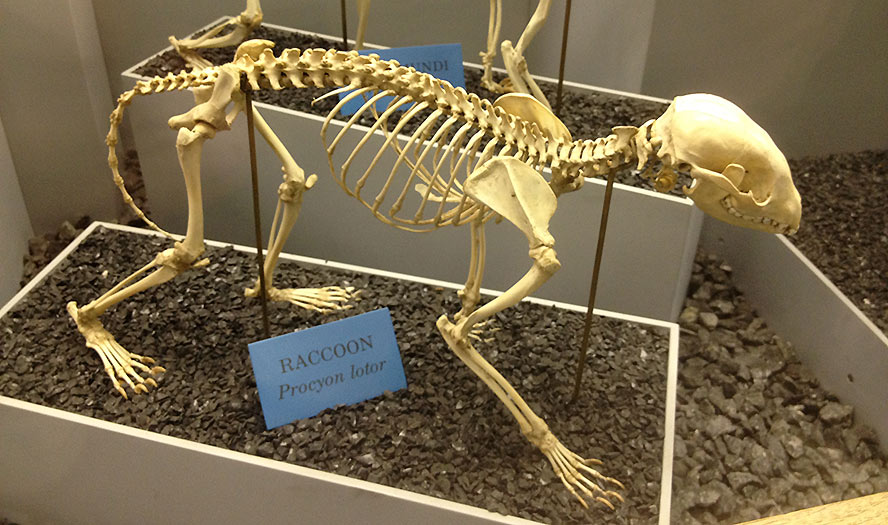 I will make 3D scans of my clean bones. I’ll process those scans into .stl files, which I can then print using a MakerBot or similar (as I do with action figures). 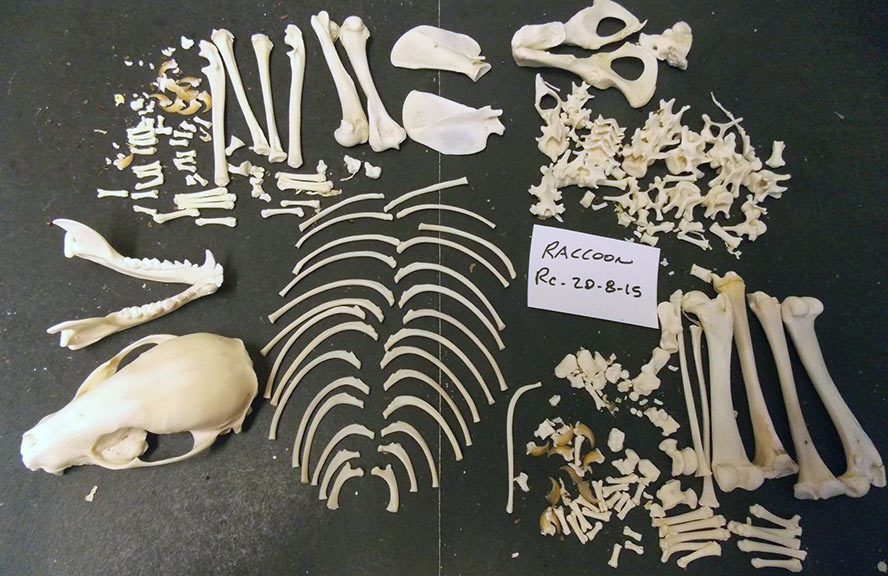 I’ll have new, plastic skeletons to use in my work. They can be armatures, charters or sculptures.