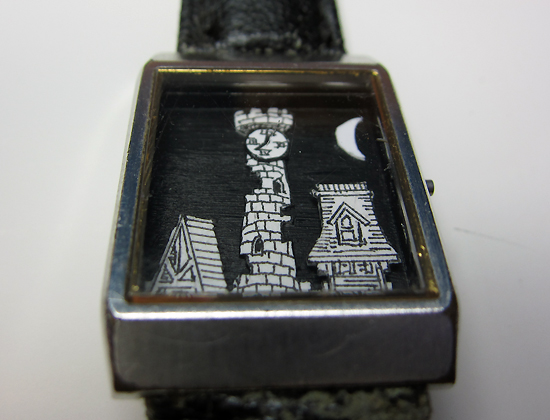 Deep within the City of Lost Things, there’s a crumbling clock tower that tells time in reverse. It’s extremely useful for finding lost things, because one can just retrace one’s steps back to where the item was lost. The tower isn’t easy to find, though.

This watch belonged to my grandfather. It doesn’t tell normal time, but is actually a window looking at the reverse clock tower. Pretty handy (get it?).

The clock hands are backward. Like most of the stuff I’ve made, this is really tricky to photograph. 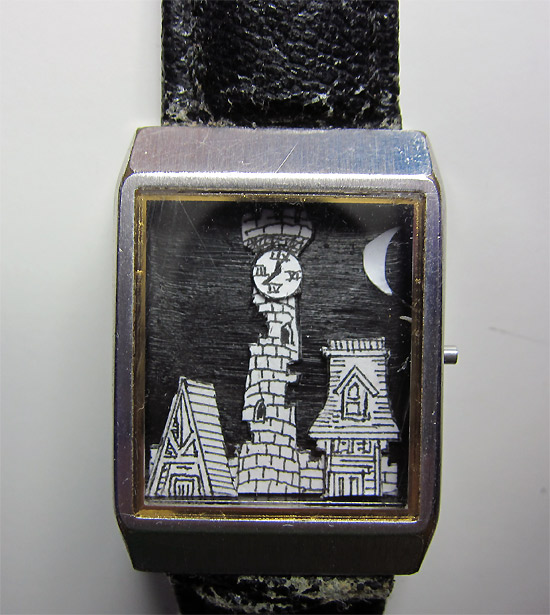 I started with the clock face, which is 11/64 of an inch. That’s about as small as I could get it and still managed to write the roman numerals somewhat legibly. I then drew everything else around that. 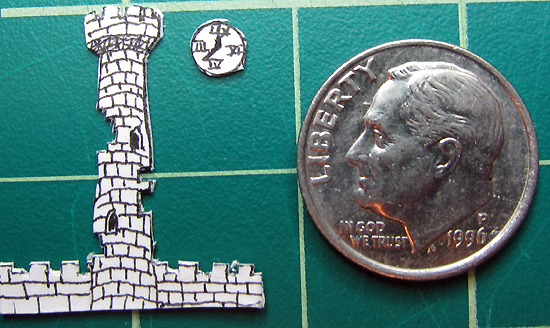 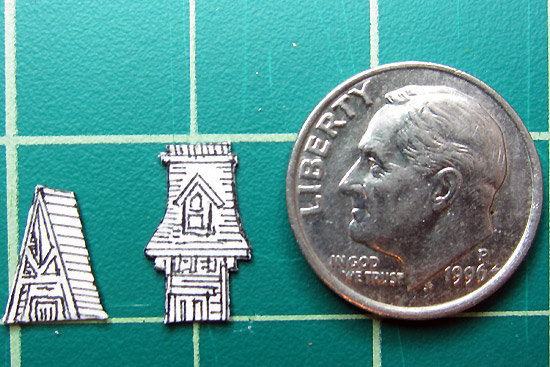 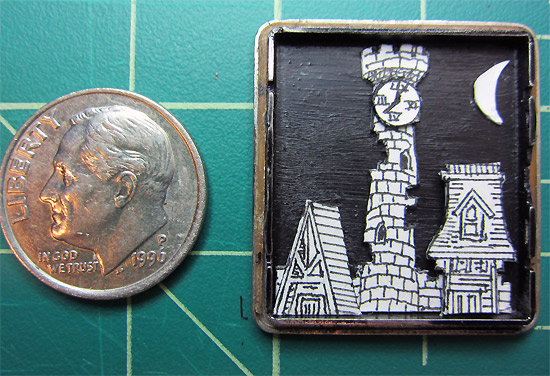 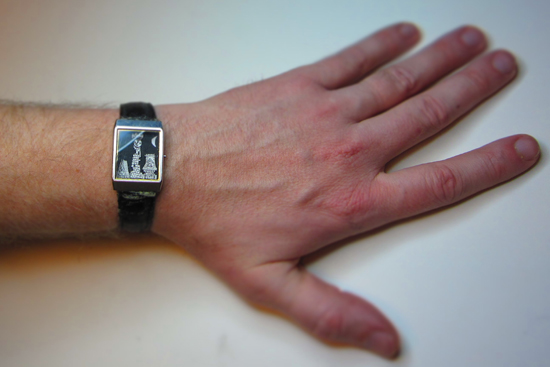 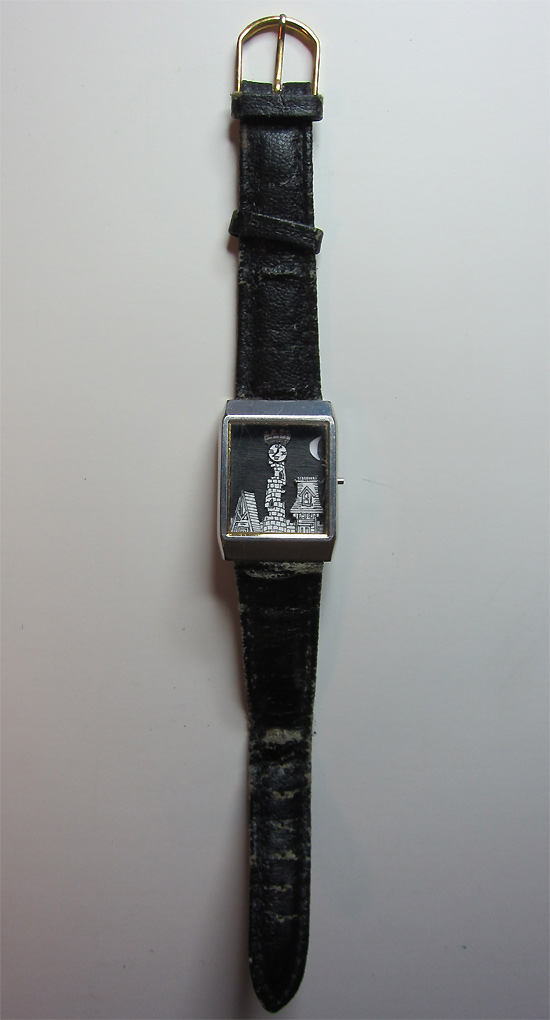