I began carrying a sketchbook with me everywhere I go about two years ago. I had abandoned this practice for maybe six or seven years, when most of my life/work/art/ideas lived almost entirely in digital forms. When the going gets overly complex and/or stale in the digital realm, though, pen and paper prove their worth everytime. 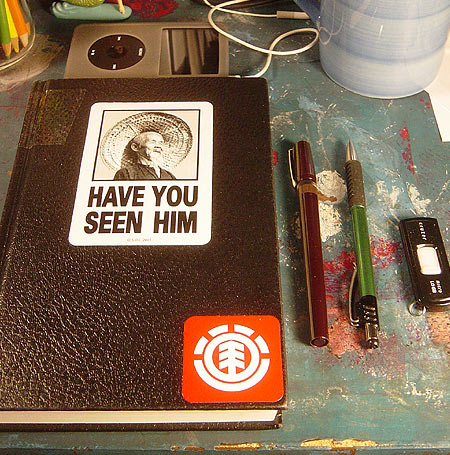 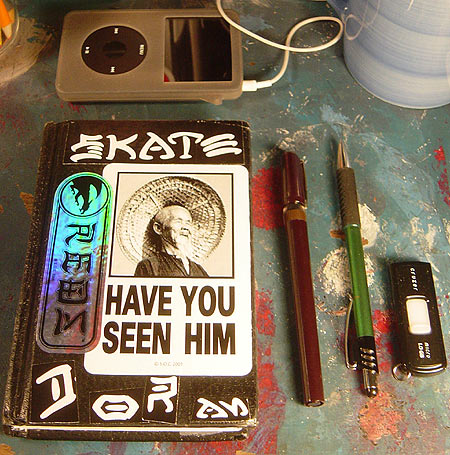 I always have the smaller one with me, and usually both of them, depending on whether or not I have a laptop in my bag.

Last spring, I attended the Event Apart event in Seattle. In the “bag of swag” was a spiral bound ruled notebook (6×6). One of the presenters suggested using the book at work. I don’t like spiral notebooks – the metal usually becomes twisted and jagged during my travels, etc., but I thought I’d give it a try – it had the “Event Apart” logo emblazoned on the cover and I really enjoyed that show.

Between April and December, I took many notes during meetings, I worked out ideas and made plans. The book recorded the portal redesign project I’ve been working through (more on that soon). The book added something to my work process, and I became rather attached to it (despite spirals). And then, in December, I misplaced it. I haven’t been able to find it ANYWHERE. I believe it’s gone forever. Even Saint Anthony doesn’t know where it is.

Which seriously sucks very much.

I keep encountering “Moleskine” books. I’ve resisted them because my books, shown above, are extremely durable and much cheaper. And, I wondered if maybe Moleskines are a little snooty. But, is it not written, “Every problem is really an opportunity?”

I decided to replace the missing spiral book with a graph lined Moleskine. 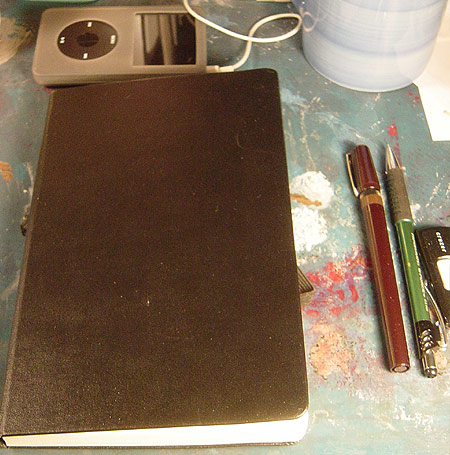 And what do you know? It’s really fun to write in – it reminds me of a book my dad used to keep. I don’t know that I’d use any of the Moleskine sketchbooks as a main sketchbook (I’m going to give them a try), but the graph Moleskine has quickly become a trusty replacement for the missing spiral. I suppose all the people on those Moleskine fan web sites can’t be all wrong…