I saw a meme on Facebook that I can’t resist – the albums that we find most influenced us in our lives. I don’t care for Facebook. I hang a shingle there for peeps who don’t blog, flickr or twitter. But, I digress. Here are some my favorite records, in no particular order.

This last one took me a while to track down. I had this record in my basement as a kid, and it made a profound impact on me. The dissonance in the reverb soaked surf guitar was intriguing to me. I still love it.

There are many other singles, albums and bands worth listing. For example, Neil made me plenty a-fine-mix-tape of outstanding music. Tim and J Cookson shared lots of hardcore and punk (Angry Samoans, Dead Kennedy’s, Marginal Man, Dead Milkmen, Butthole Surfers and Minor Threat). I am still into my old Knitting Factory records, Latin Jazz, 1950’s be-bop and indie rock. But the records above all contributed something important to my musical DNA.

This is an incomplete list. What about YOU? What records do YOU hold dear to your soul?

I just found this as I was unpacking. It’s from show I once played, where the band sponsored a contest to win several pounds of scrapple. I’m fairly certain that the scrapple ended up in a toilet supply tank at that club. 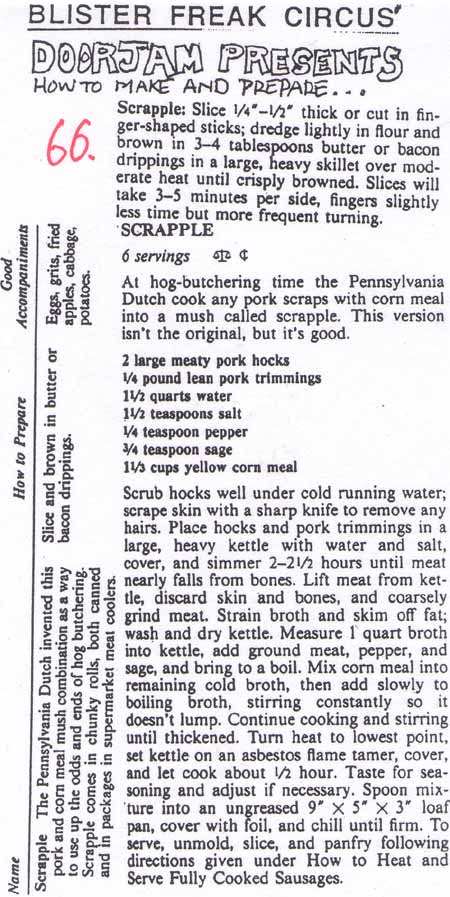 Finally! Patrick O’Donnell’s latest CD is released into the wild (Skoda Records). I love getting mail. This is his best music to date (in my opinion). And not just because I contributed drum tracks, either.

What a nice way to start the musical new year!

In July/August of 2004, I had the pleasure of recording most of the drum tracks for Patrick O’Donnell’s CD, Cold Drinks. The really cool part for me was the fact that we recorded at Inner Ear in Arlington, Virginia. Many a fine Dischord Records release have come from there, and enjoyed working with Patrick and Chad from Beauty Pill/Smart Went Crazy.

While my drums were set up, I recorded a bunch of tracks to use with future material in my own studio, the Dead Chicken Ranch. Today, I received a DVD of the audio files and the timing couldn’t be better. The DCR is just about to open its doors again. More on that soon.

Here are some pictures of my set-up from that session: 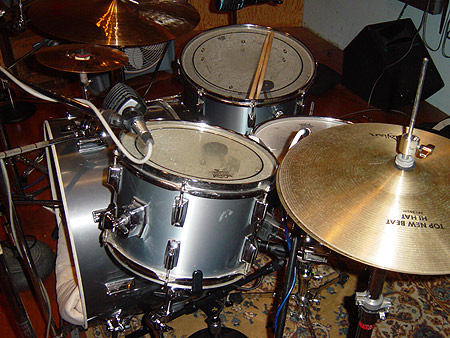 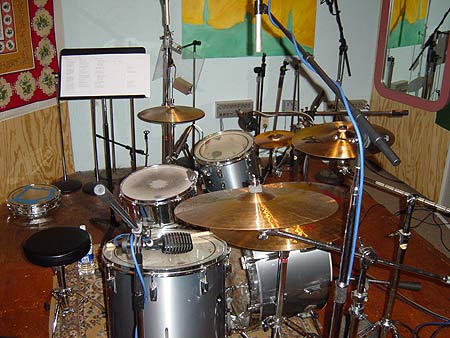 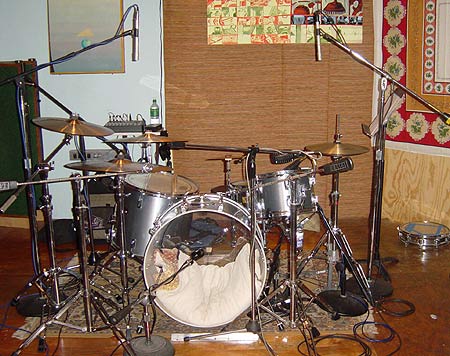 I think this CD is Patrick’s best yet. It’s coming out shortly on SKODA records (Patrick has been very busy making films in New York).