I was a basement dweller as a kid.   I was messy, asthmatic, introverted and not very good at sports. The basement was my fortress of solitude. It provided shelter from neighborhood bullies and the pressures of being a bright yet lousy student. It housed the metaphysical sword in the stone of my inner Once and Future Nerd.

My basement had an orange linoleum floor, brown wood paneling and very bright florescent office lighting.  It had ample bookshelves,  a filing cabinet for comic books and a long chemistry cabinet that Dad brought home from a job site. That Cabinet became the cornerstone of my Universe. 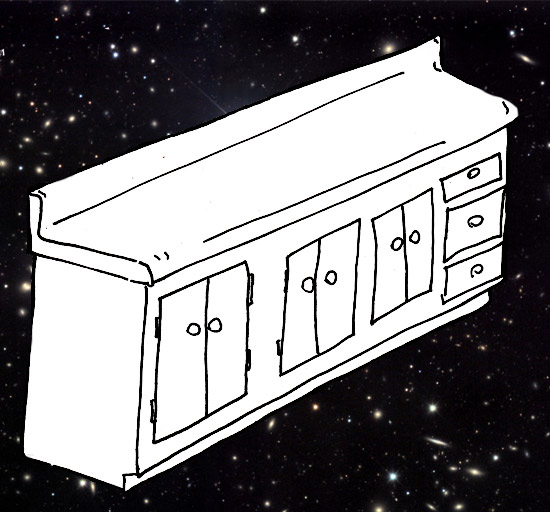 For Christmas one year, I received the Navarone play set.  For a birthday, I was given a pre-historic dinosaur play set (both by Marx toys). These were permanently stationed on top at either side of the cabinet. They were completely awesome. 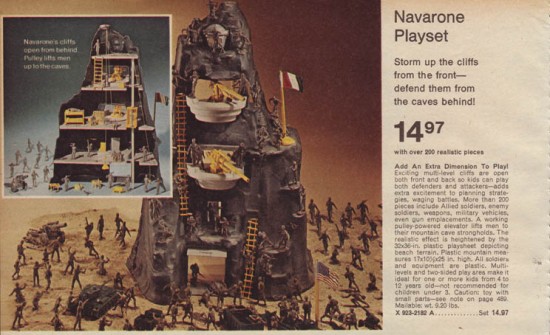 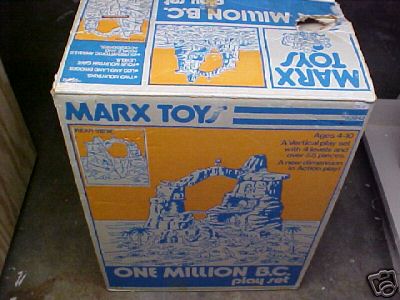 I found the above picture on e-bay – I can’t seem to find an actual photo of the play set.

I had a handful of Star Wars figures – Chewbacca, Darth Vader, C3PO, R2D2 and a Storm Trooper. I eventually acquired a Jawa, a Tuskin Raider, the Death Star Droid and Boba Fett. 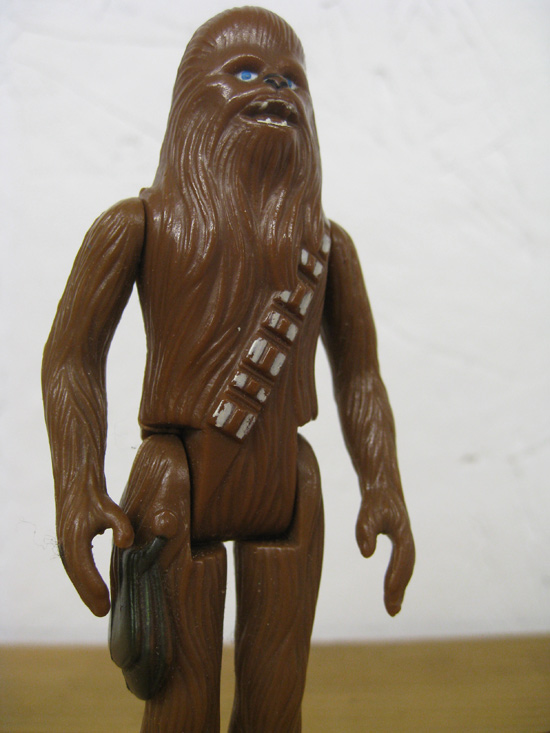 Chewy is still with me

Then, I discovered the Micronauts. 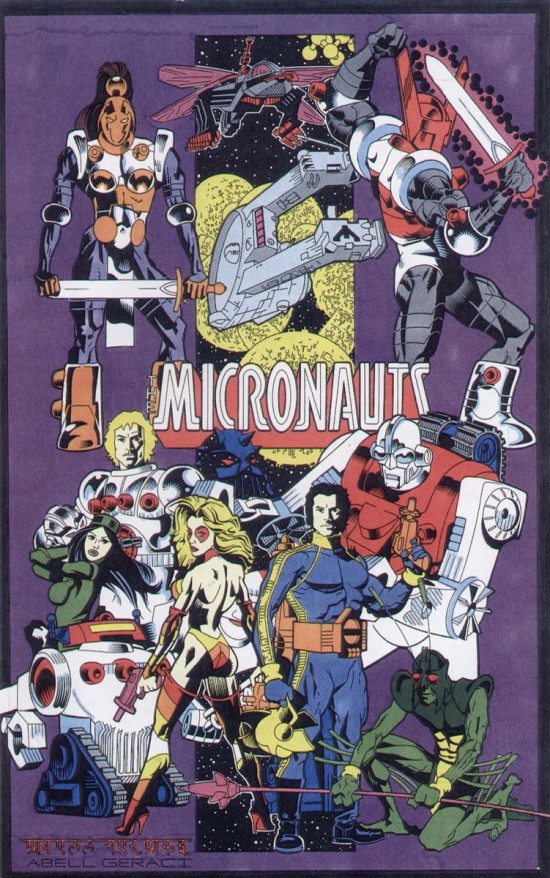 The Micronauts were my all-time absolute favorite toys. The Time Travelers were fully pose-able and made the Star Wars guys seem like ridiculous manikins. Needless to say, the Star Wars guys always lost in a fight (well, except Darth Vader because he could use the force – he was practically a wizard and wizards always win).  With the Micronauts, you could use parts from some toys and make new ones – they were “interchangeable.”  They also had a variety of architectures and styles for different ships, robots, aliens, good guys and villains.  The Micronauts were endlessly interesting. 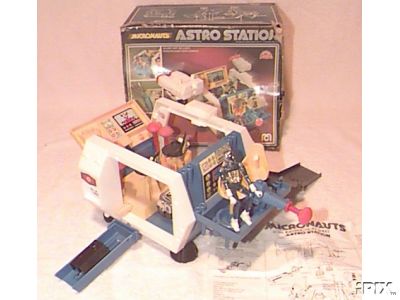 The Astro Station – portable and clever 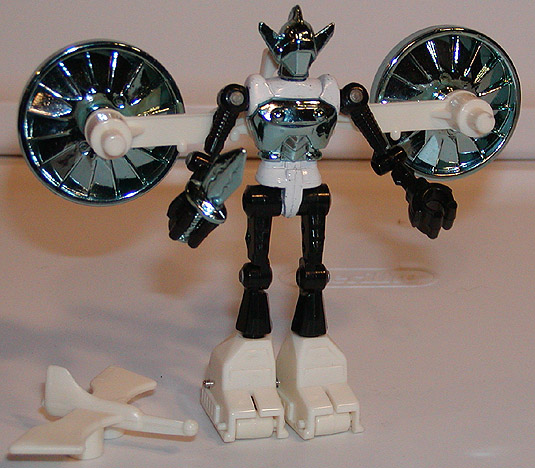 Acroyear was a villain, according to Mego, but a hero if you read the comics 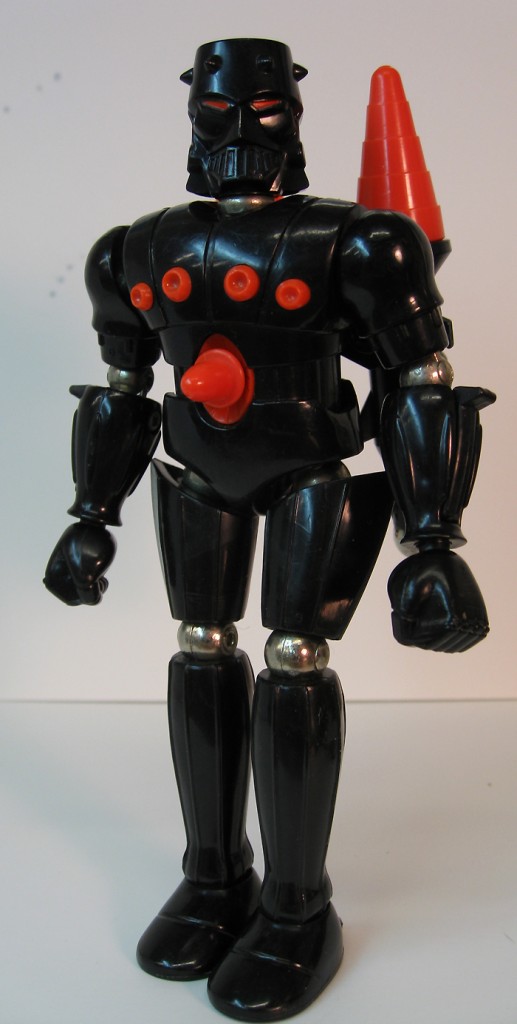 Baron Karza, the Micronaut equivalent of Darth Vader, is held together with magnets and had fists that fire. 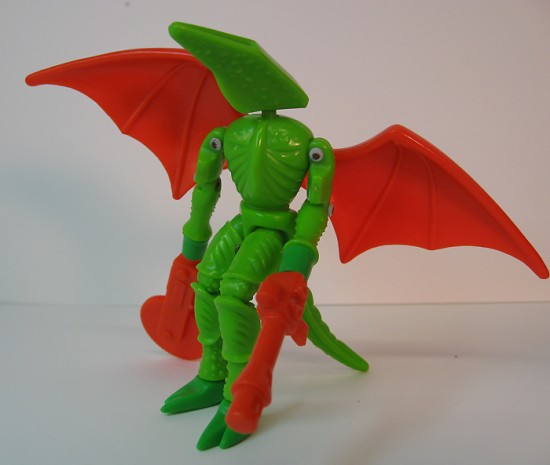 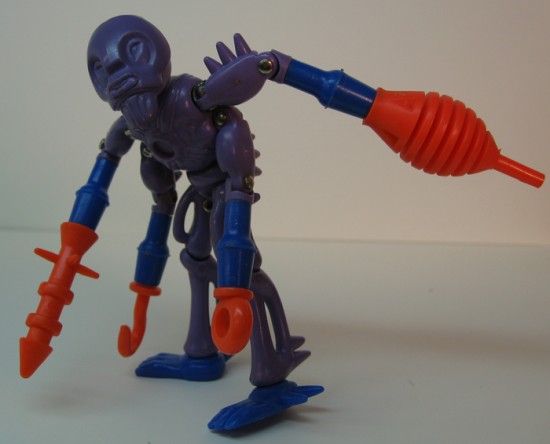 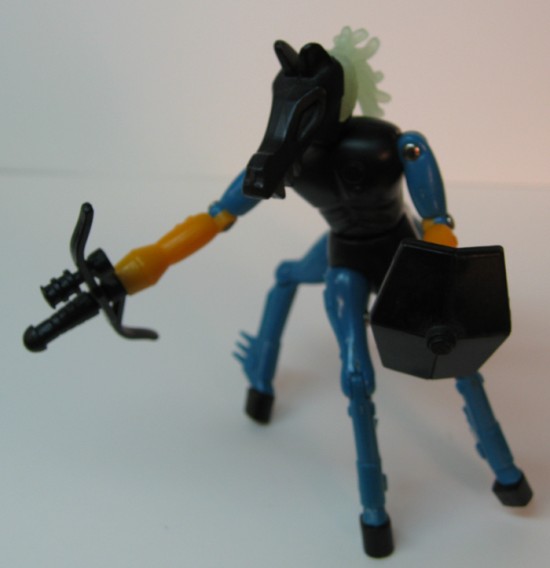 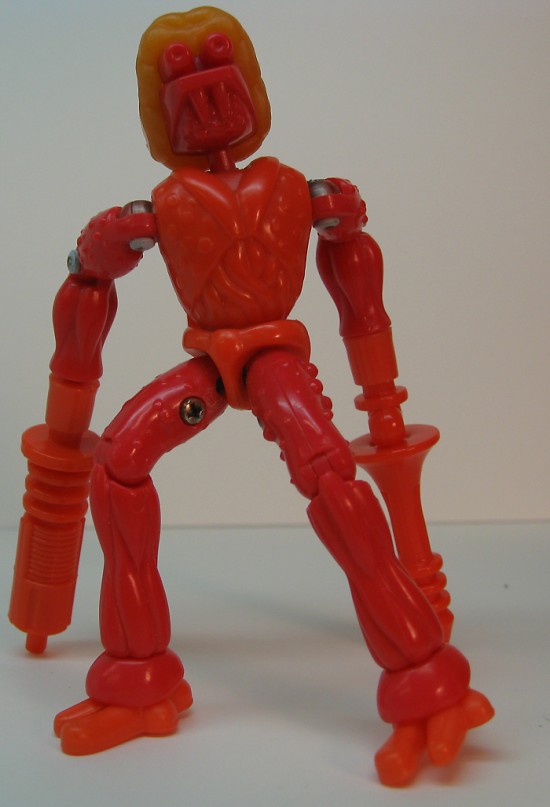 Marvel Comics produced a decent comic that had two successful runs – the stories captured my imagination (although I had my own story running in the basement).

I would spend hours on top of the cabinet at the end of the Universe planning ginormous battles between the Time Travelers and Baron Karza, who had often taken the Navarone by force.  My  usual soundtrack was  a cassette of Orson Wells’  War of the Worlds radio broadcast (played over and over and over).  I could write several posts on the Micronauts by themselves, so I’ll move on to the supporting cast of the cabinet wars.

There was a die-cast metal Raydeen from the Shogun Warriors. I still don’t know much about the Shoguns – but Raydeen was metal and could change into a bird (this is all pre-Transformers, by the way), so he was useful in a fight. 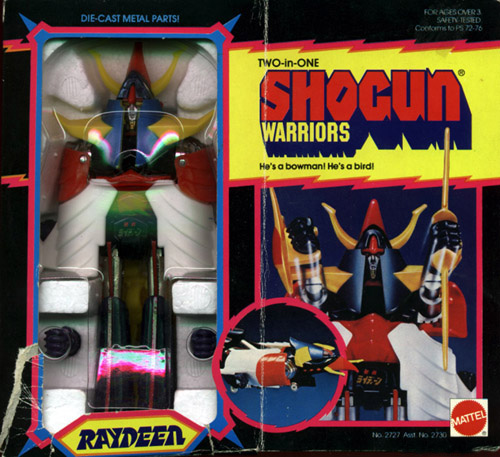 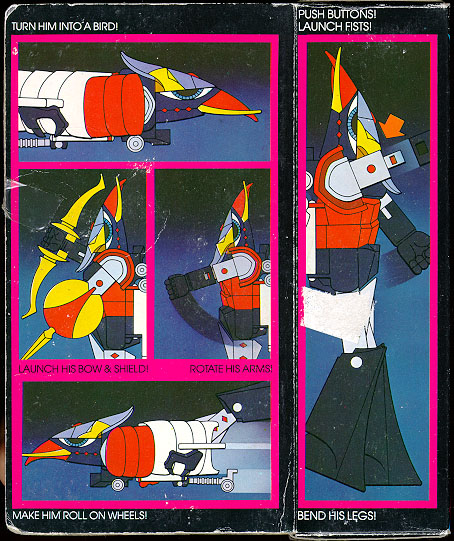 And there was giant Godzilla. He had flame on his tongue and could shoot his fist. He was the best. As tall as the mountains, he could upset any battle, provide the perfect chaos and destruction to BOTH sides at the most unlikely moment.

The second drawer in the cabinet held all my Lego, which came in handy for building stuff for the Mirconauts to destroy. I had pieces from an erector set, too, which made my hands smell like metal and made me wonder if I could get metal poisoning.

Less related to the Cabinet at the End of the Universe were other cool things I ran across in my childhood – some of which factored into my Cabinet adventures, and some that did not. 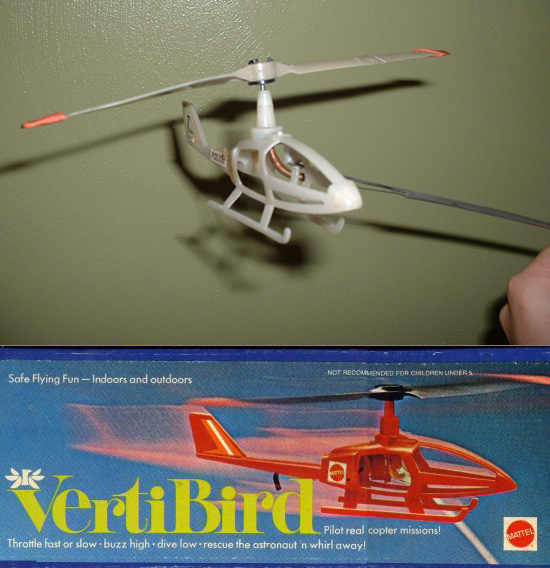 The Vertibird – a simple yet really fun helicopter that could be made to go up, down, forward and backward in a loop. 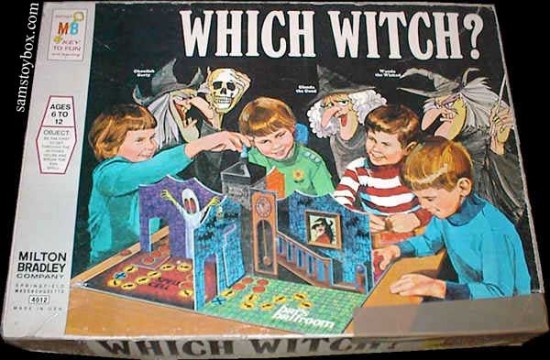 Which Witch – a game was fun no matter HOW you played with it. Kinda like mouse trap – fun to look at, set up, and useful for holding the Micronauts as prisoners. 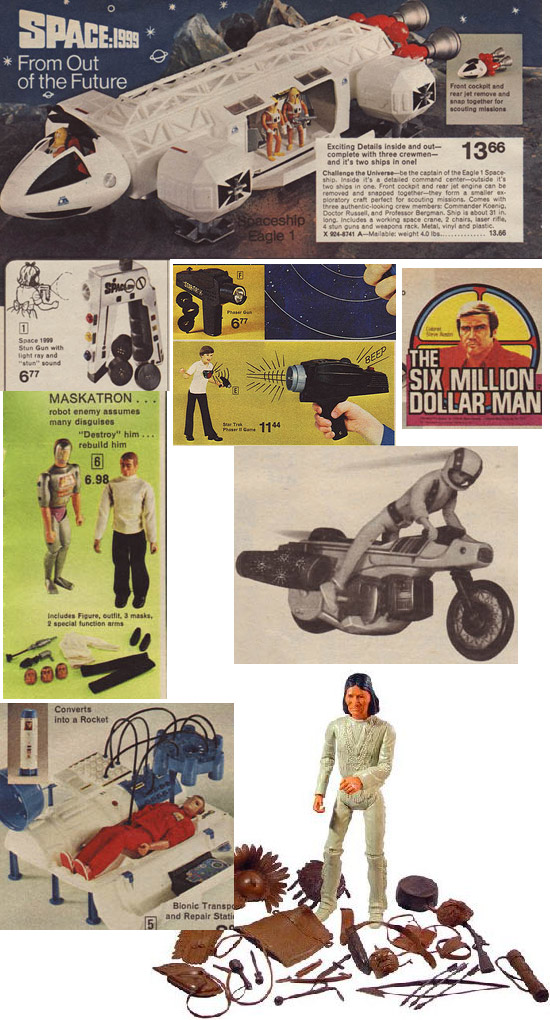 I had forgotten all about this Girder and Beam set (below) until recently  – perfect for constructing potential targets for asteroid collision damage or Godzilla attacks. 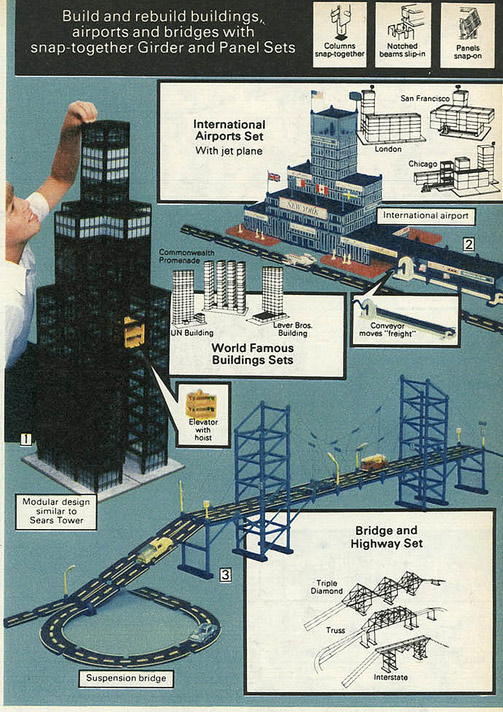 There were usually a handful of action figures around, too – they were useful meat puppets, if not actual super heroes. 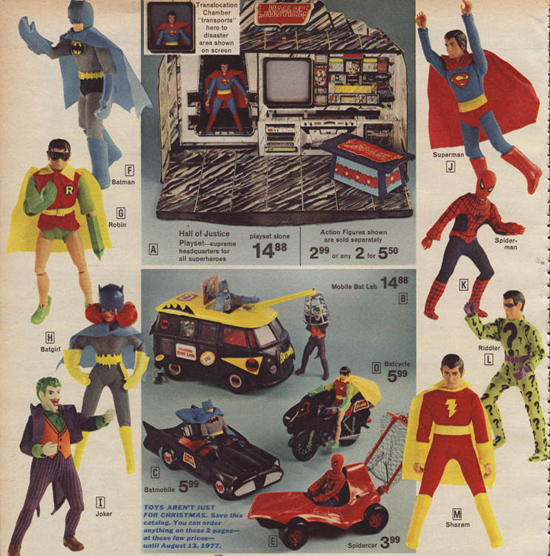 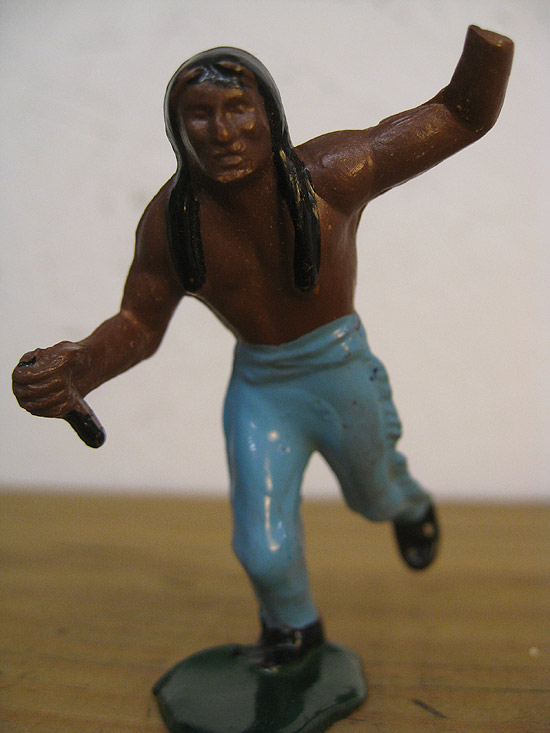 This guy was on my 3rd or 4th birthday cake – he’s also still with me. 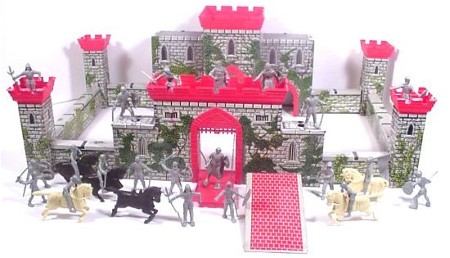 Marx castle – they made the best stuff.

I didn’t have these, but thought they were cool.

My youngest daughter reminds me of my Cabinet at the End of the Universe. She will sit on our steps in the house and play with whatever she happens to have in her hands – lost in an imaginary world. She doesn’t need TV – she could be holding a spoon,  a pony, a shoe box and a couple of  figures and she’s happy for hours.

Hat tip to Mr. Old-Toy-Blogger himself, Jim Groom, who wrote a series of posts just before Christmas  that brought me some nostalgia. I’d been wanting to write a post like this for a while, and I’m contemplating rebuilding that cabinet in my barn. Jim helped get my blogging gears going.