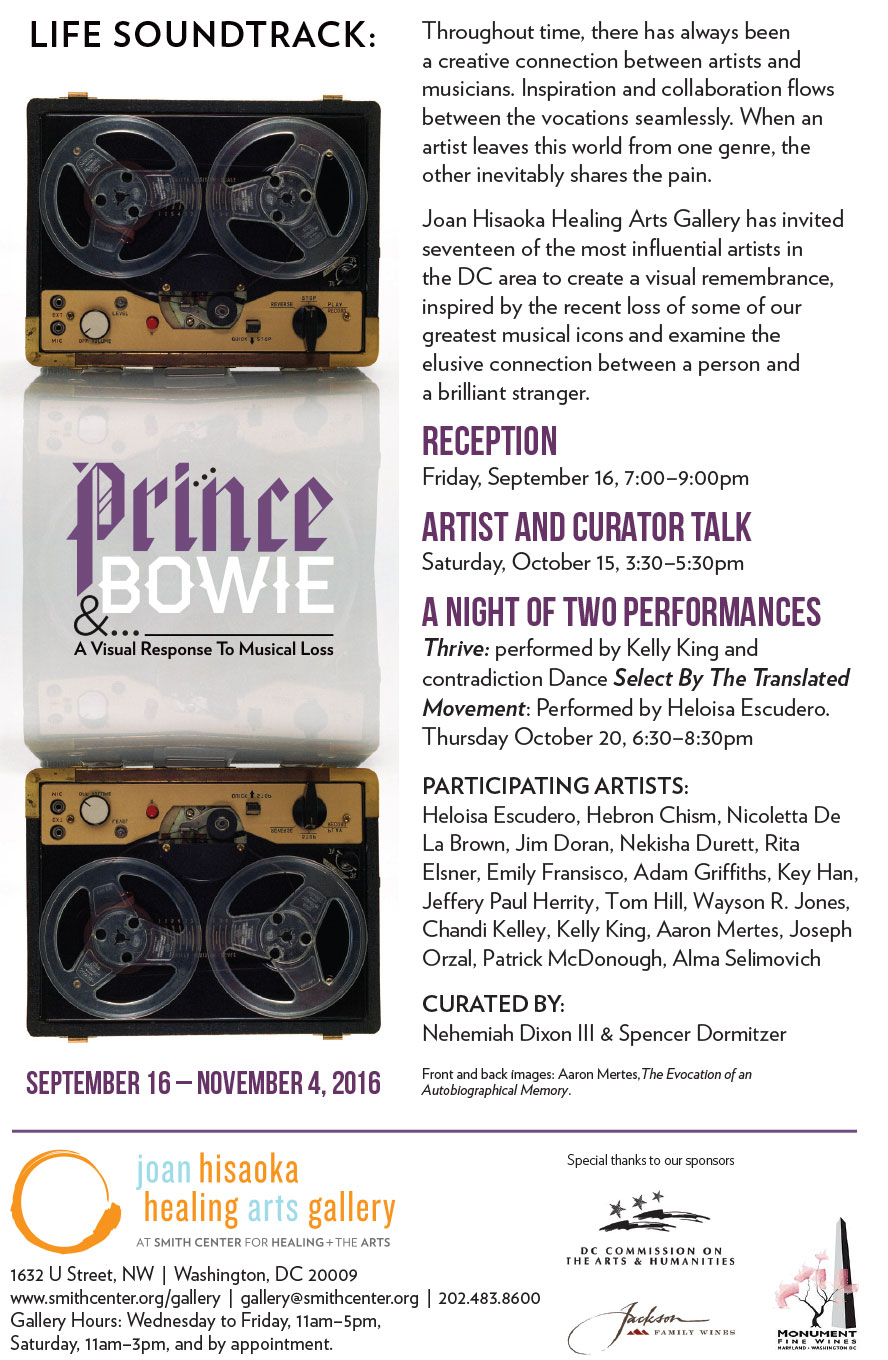 When Spencer Dormitzer at the Smith Healing Center reached out and asked if I’d be interested in participating in this show (OF COURSE I AM), my mind immediately went to Prince. He had a profound influence on me while I was an undergraduate music student in college. While researching Steve Vai for my senior thesis, I read an interview where Vai said that he’d love to work with Prince. I began to investigate Prince’s music more deeply. I knew the hits, of course, and I’ve watched Under the Cherry Moon more times than I’d like to admit. I was soon influenced by his song writing and his presence in his own music. I loved his ability to flawlessly produce recordings where he played most (all) of the instruments. Sign o’ the Times was my particular favorite. And I love that Prince rejected the music industry as it used to be, and did things his own way.

I do not want to bring Prince into my Art.

I know the work of Bowie from MTV, radio and years as a music buyer. I cannot admit to ever being a big fan, though. Don’t get me wrong, I do not dislike his music. Not at all. But, I’ve also never been particularly drawn to him. I loved the TV Christmas duet he performed with Bing Crosby. And, I remember my college roommate played the catchy Never Let Me Down endlessly.

But as I cast my thoughts back the MTV, I remembered “Ashes to Ashes.” According to Wikipedia, It was the lead single from the 1980 album Scary Monsters (And Super Creeps) and became Bowie’s second UK No. 1 single. It is also known for its innovative video, directed by Bowie and David Mallet, which at the time was the most expensive music video ever made.

His portrayal of Pierrot in the video strongly reminds me of a stuffed toy I carried around as a toddler. I think my grandfather gave it to me. It’s one that I’ve drawn several times and that I clearly remember. It made sense to bring that figure in my current work at this time.

I can also say, now, that Scary Monsters (And Super Creeps) has made it’s way into rotation in my studio.

So, that’s the story about this show – and here is my piece,  Ashes to Ashes. 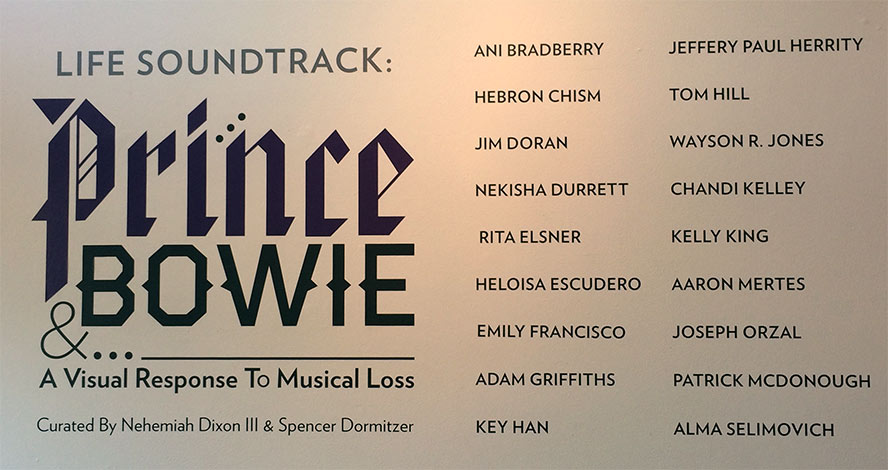 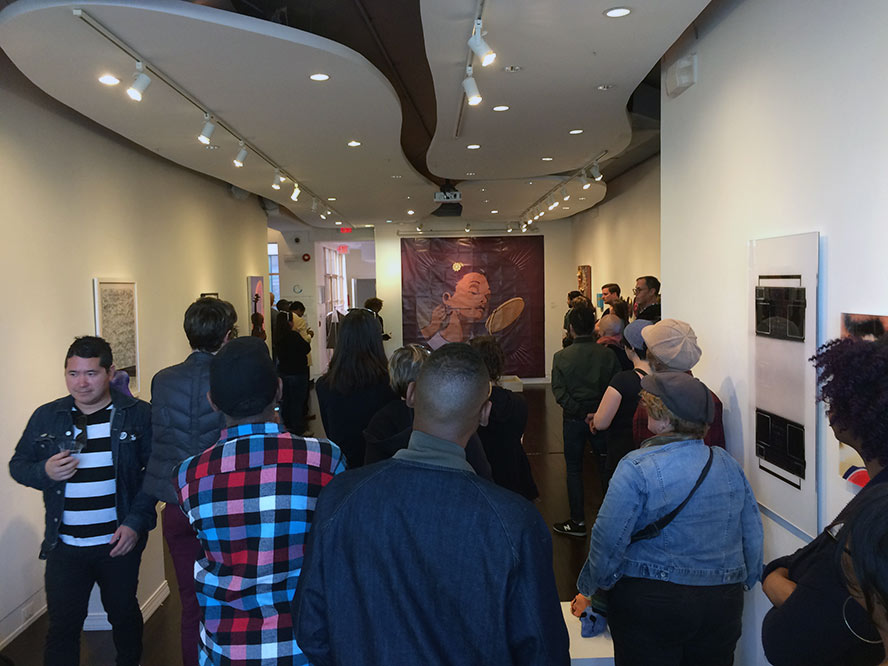