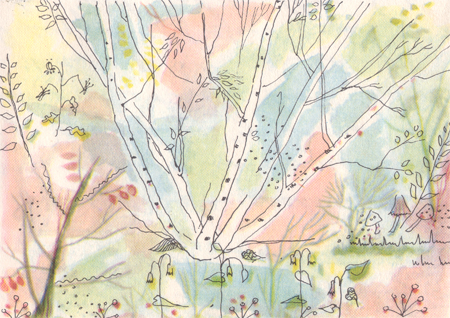 My father was born and raised in Panama. He enlisted in the U.S. Navy and eventually came to the states. At some point in 1961, he wrote home and asked for a recipe for ceviche, a favorite side dish/appetizer in Panama. It came on a lovely piece of stationary, shown here. 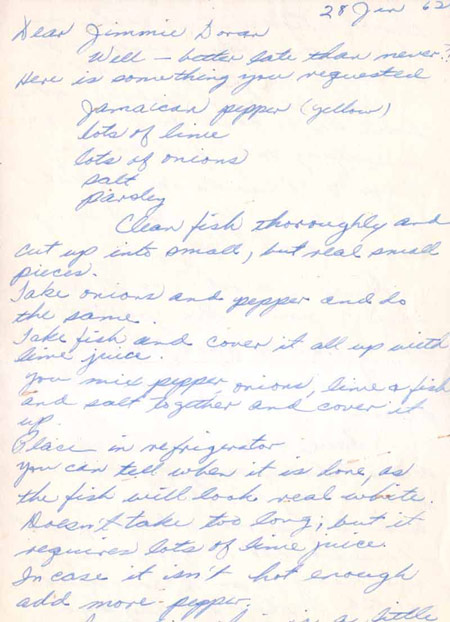 Ceviche is originally from Peru, and there are variations of it all over South America. It’s spicy and actually quite refreshing during the hot summer months. 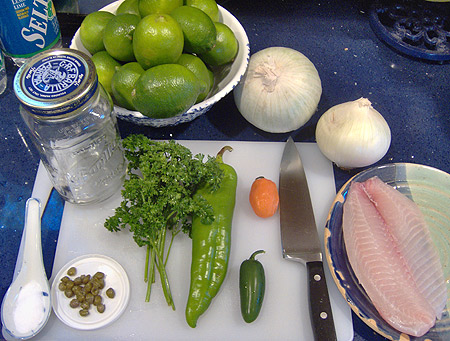 Here’s how to make it:

Finely chop the onions, peppers, parsley and fish. Mix evenly in a bowl with salt and capers and then add to a mason jar or similar. Squeeze lime juice into jar until all ingredients are covered. Cover and refrigerate. 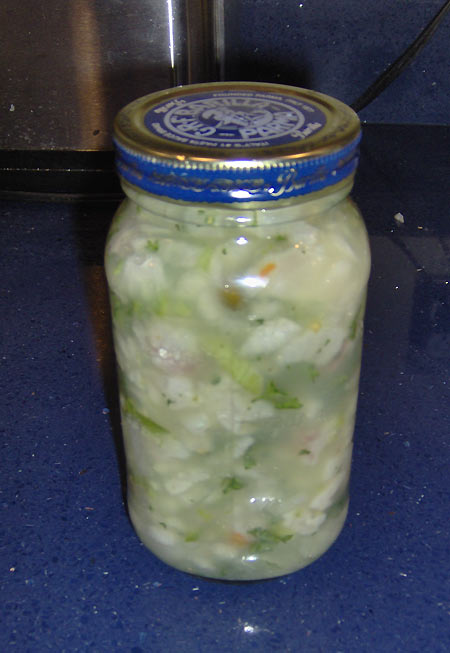 I tend to leave it in the fridge for at least three hours, but it’s safe to eat when the fish is white (and/or the shrimp turns pink). Ideally, it will be served chilled shortly after the fish is “cooked.” The citric acid in the limes causes the seafood to become pickled, and cooks the fish without heat. It works.

TIP:Did you know that you can clean a grill with a lime? I cut them in half and scrub mine with them – they cut through the grease and grime faster than Mr. Clean can shave his head.

I’ve had ceviche in Panama, and Pop’s was just as good. In Panama, the fish is corvina (white sea bass or a similar croaker) . Corvina can actually mean many varieties of fish found in the region, but they are salt water varieties. If you make ceviche with fresh water fish, it’s a good idea to freeze it first, because fresh water fish can carry parasites not found in salt water fish. Safety first! I’ve made it with shrimp, orange roughy, talapia and others. All delicious.

I consider this recipe one of my family treasures. I hope you enjoy it.