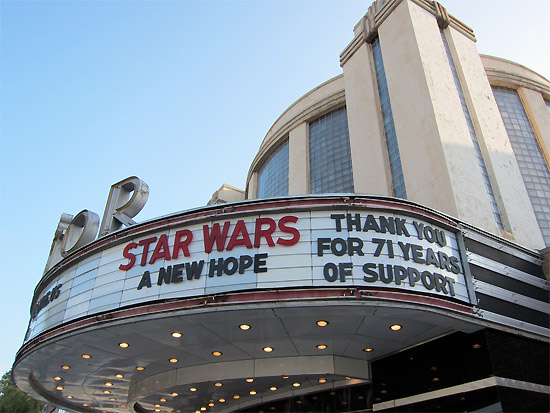 The general public was invited to two FREE  showings of a rare 1977 British I.B. Technicolor print of the original Star Wars (not the one Lucas later f’ed up and repackaged as a midlife art project). A very generous collector shared his copy to honor Tom Kiefaber’s last day on the job. As Kiefaber explained it to the crowd, the I.B. Technicolor used a dye-transfer process on the cells, which lasts for a very long time and is  quite stunning. 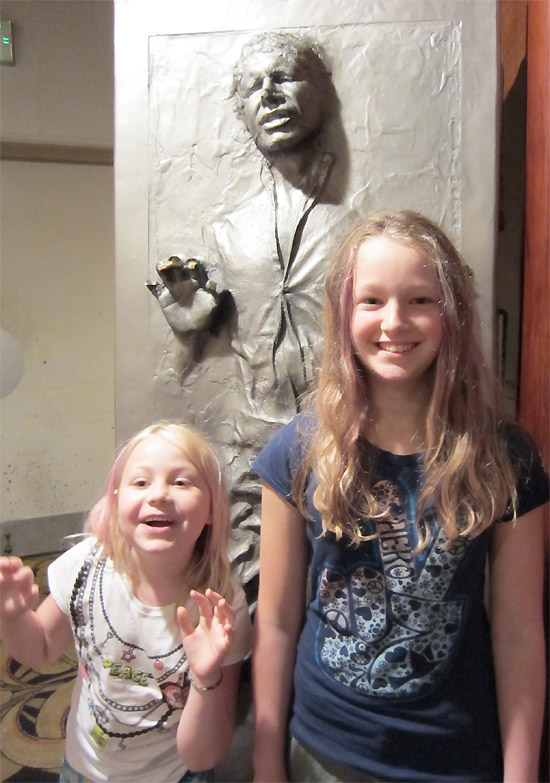 I was somewhere in between my kids’ ages when Star Wars came out. I hadn’t seen a commercial and had no idea what it was about. Like so many other youngsters, it blew me away. I watched it approximately 27 times in the theater – it came around several times that year. I loved it. NOTE: A creepy sort of fellow on Twitter handed me some elitist crap because I mentioned light sabers. Let’s call him “Spock.” Spock indicated that Star Trek is way cooler/better. That may be true. But I didn’t grow up with Star Trek’s awesomeness. I grew up wanting a light saber and an X-Wing  and a blaster and robots and the chance to escape from Darth Vader. I STILL WANT A LIGHT SABER.

To have the opportunity to take my own kids to see THE EXACT SAME FILM at the Senator (for free) is truly a high point in the summer for me. I wish Mr. Kiefaber much luck on whatever is next for him, and thank him for this truly special event at the best theatre in Maryland. I’ve watch many great films and even a few chick flicks at the senator. 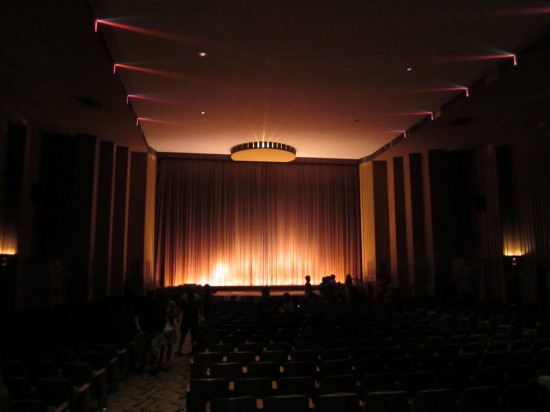 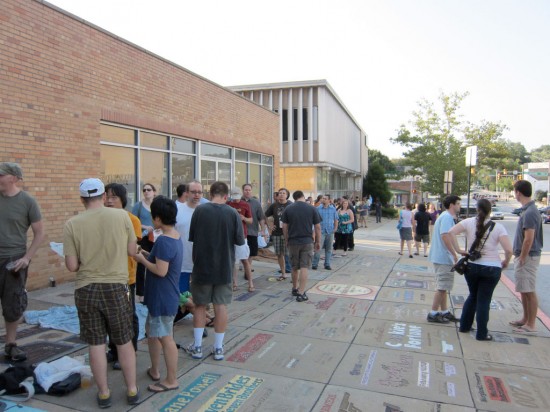 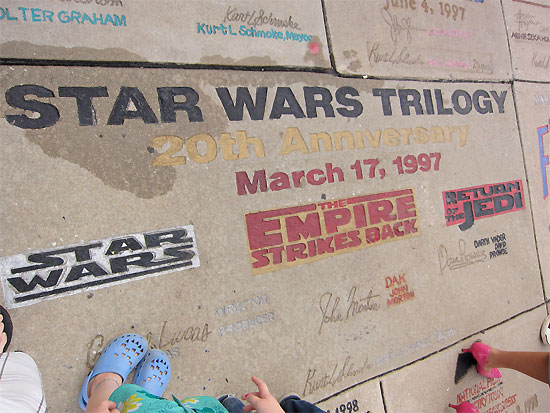 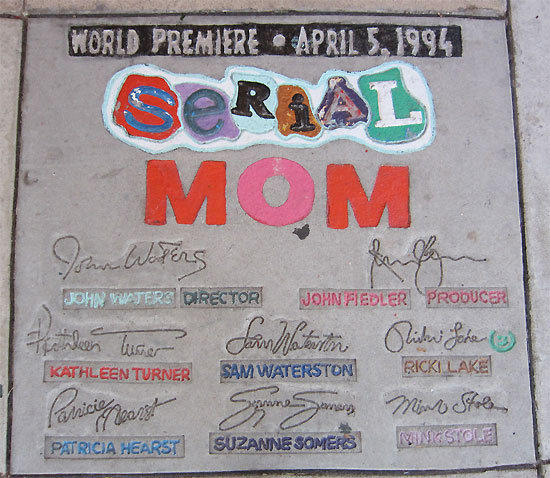 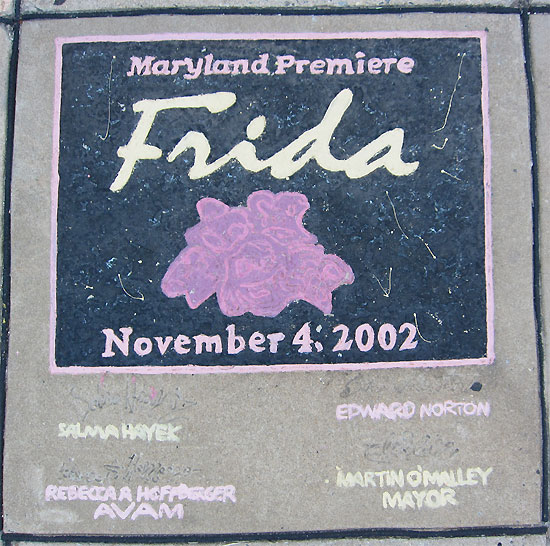 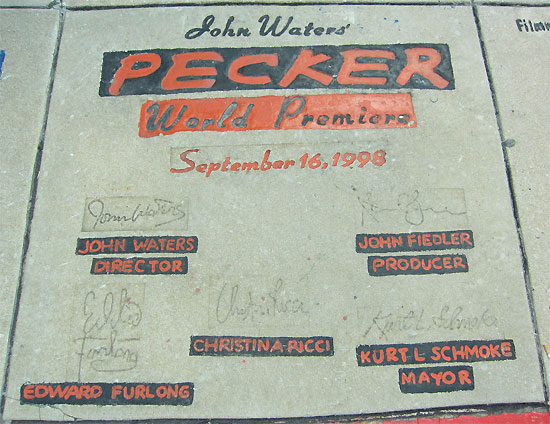 I had no idea this was going to happen when I woke up this morning – what a cool, cool thing.