I moved into my new home last spring, a place that I affectionately refer to as MI6.

The city removed a dead tree that was next to the house shortly after I moved in. We noticed that someone was leaving cryptic notes in the bark of the stump. 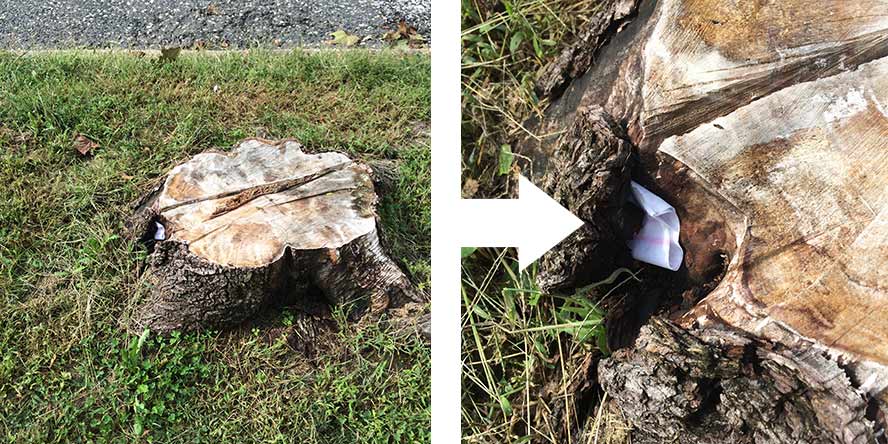 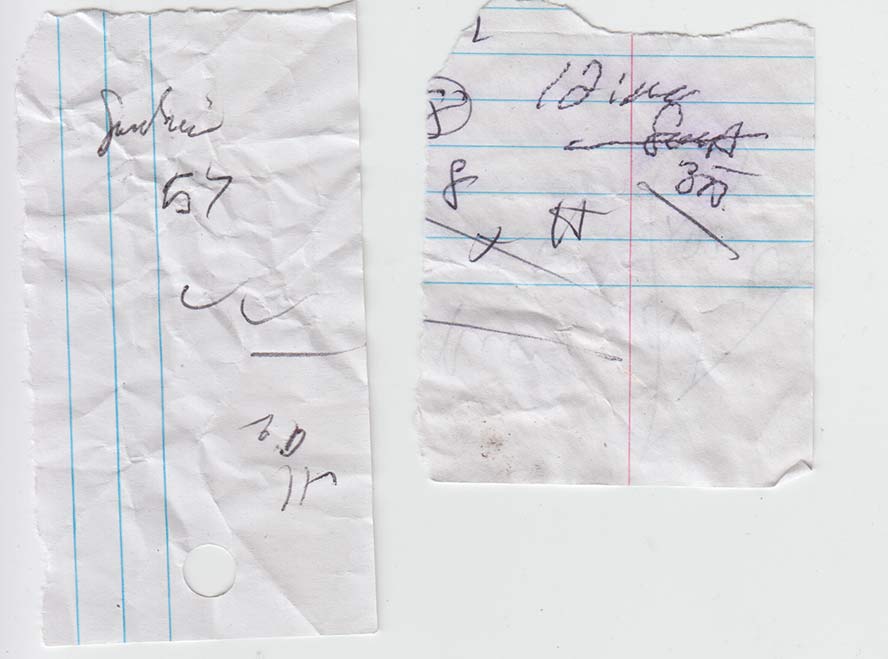 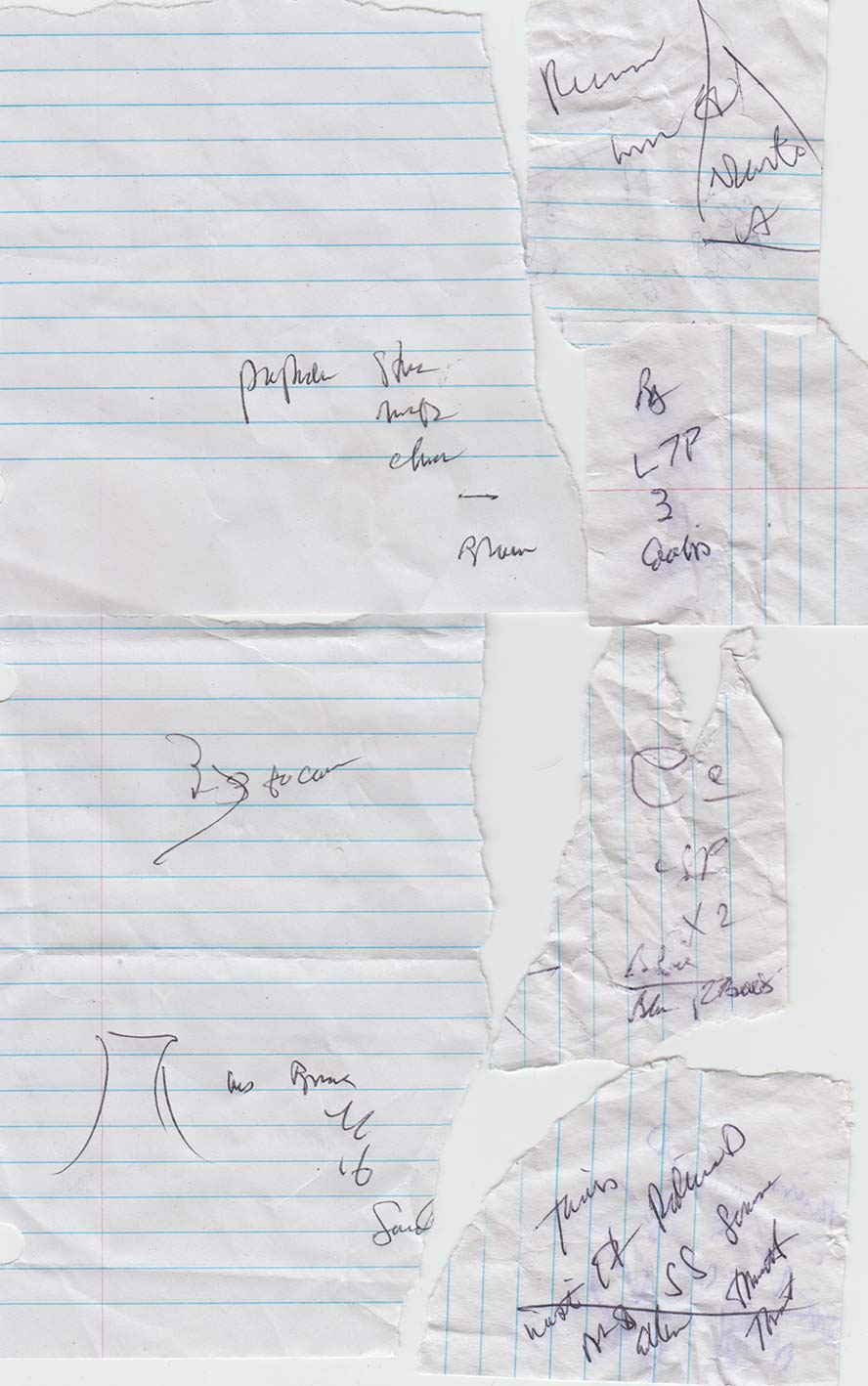 The city came and ground the stump into mulch. The notes continued to appear in the mulch. 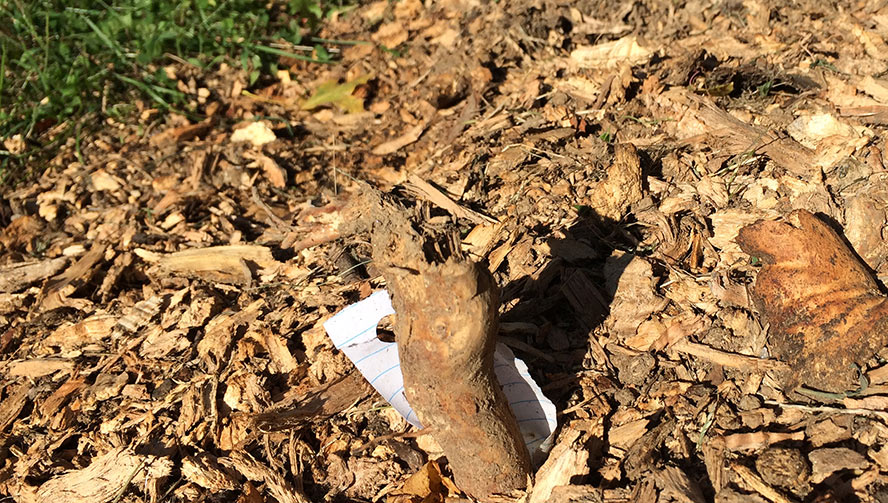 Then, my daughter and I observed the mysterious note maker. 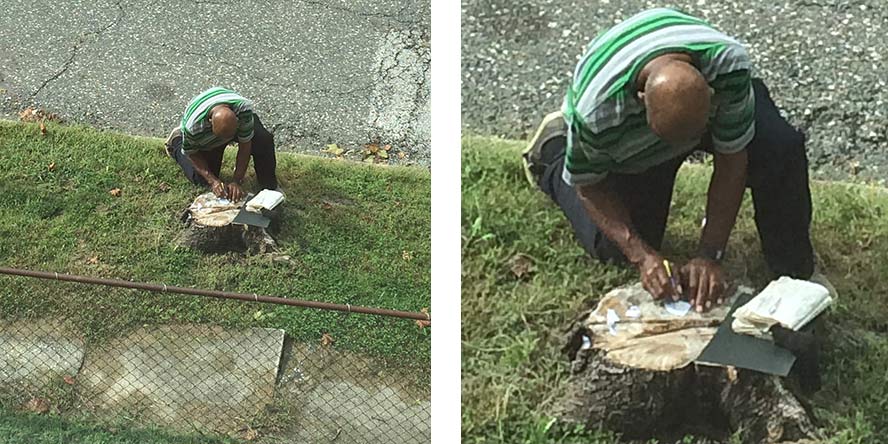 He carries a well-worn book, which looks something like a bible, and continually looks up into the sky as he writes. I affectionately refer to him as The Weatherman. I am utterly fascinated. He disappeared into the neighborhood before I could interview him, and I haven’t seen him since.

Happy New Year, Weatherman. I hope to see you in the spring!