From the “Stuff only Jim is interested in department…”

There was a water main break in Owings Mills today, not far from where I live.  The water is out and I could REALLY use a shower after this morning’s Kung Fu workout. Ahem.

According to ABC news,  the break was located at 3:00PM this afternoon. And, here’s where it gets interesting:

“The leak has drained two water tanks nearby that contained a total of 1.3 million gallons of water. ” source

I bet you are wondering the same thing I was wondering…could those water tanks be the same towers I’ve written about before? 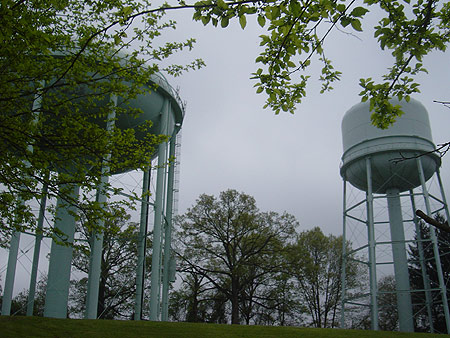 I conducted some exhaustive  research which will surely get me nominated for this year’s Excellence in Blogging Journalism award and conclude that, YES, most likely, my towers ARE the tanks in question. 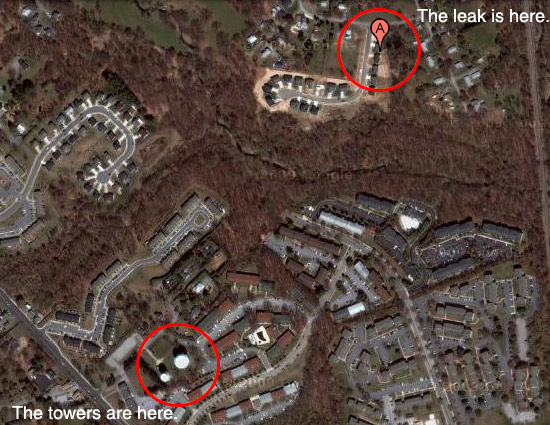 As I’ve reported in the past, the bigger tower holds 1.5 million gallons of water. So, either both towers were not completely full, or maybe they stopped the leak before they were completely emptied. While I’m on the subject, I’ll also add that the renovation of the big tower is complete. I’ve been looking for a reason to mention it.

Previously, I covered these towers here: