Today, while running  errands, I noticed the water tower guys are at it again. I decided to go talk with them. 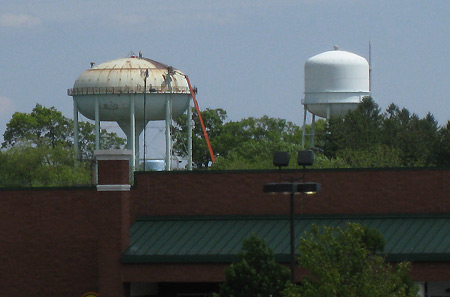 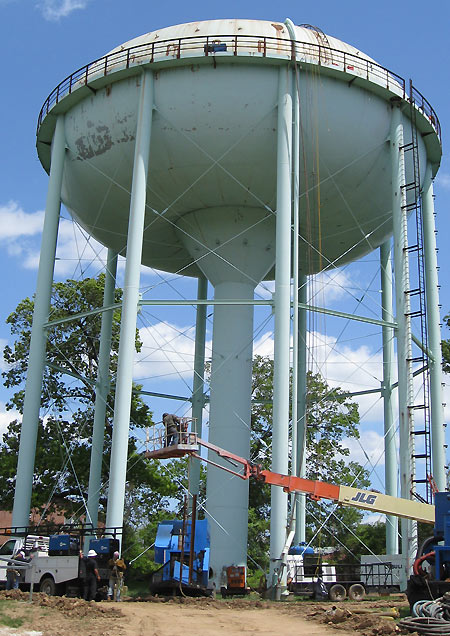 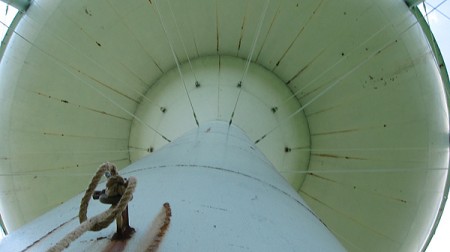 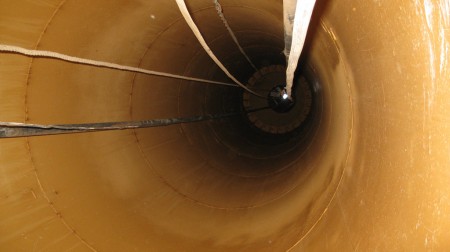 (This is looking up on the inside. Finally – I’ve seen inside the main column) 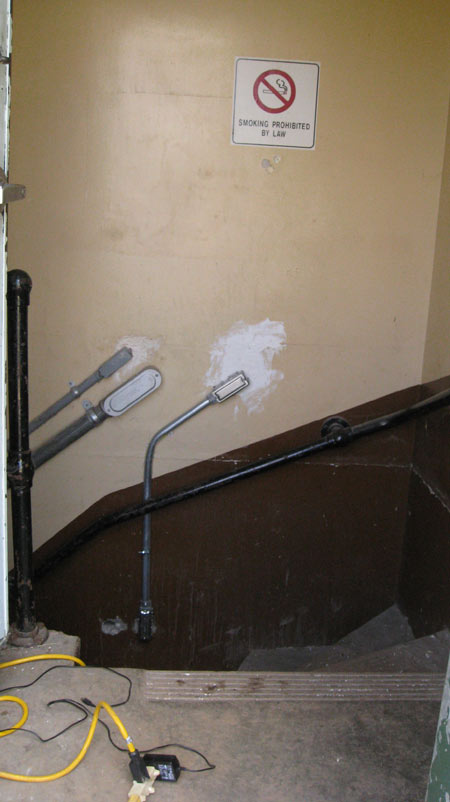 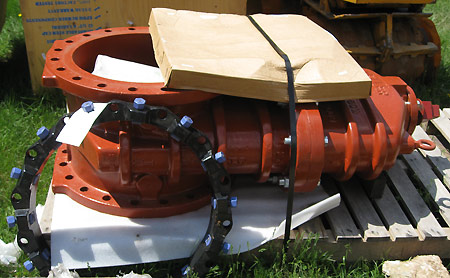 One of two new cravistans for the tower. There’s a rock in the picture to show scale. It’s bigger than the engine in my car.

This concludes this series in my water tower renovation coverage (see part one and part two).