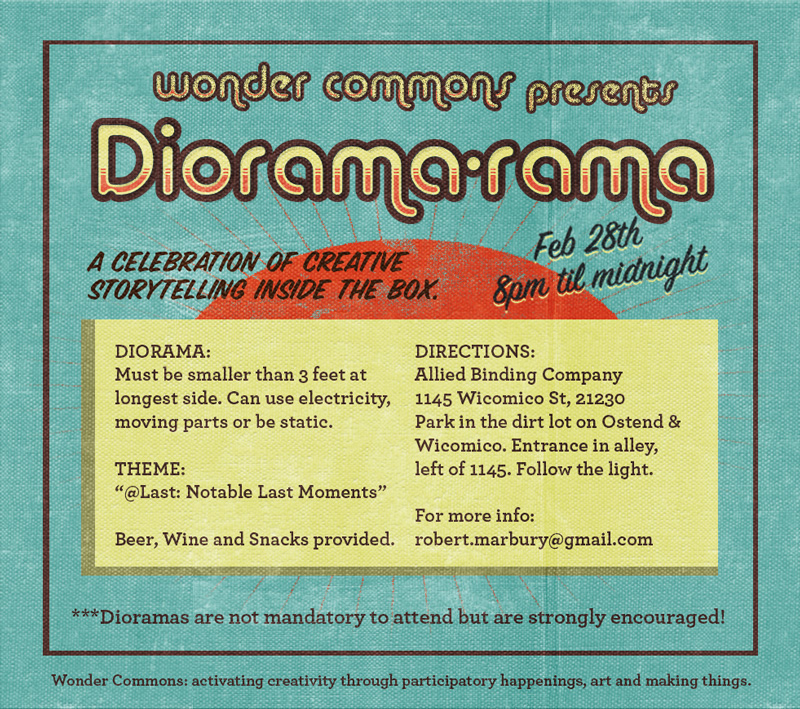 I was a judge at Wonder Commons’ Diorama-rama, at the Allied Binding Company downtown. About twenty other diorama-ists ventured out on that icy night with a fantastic showing of work around the theme “At Last, Great Last Moments.”

One of my favorite pieces were the edible dioramas, made from rice crispy treats and the accompanying bowl of cheese balls. BALLS. 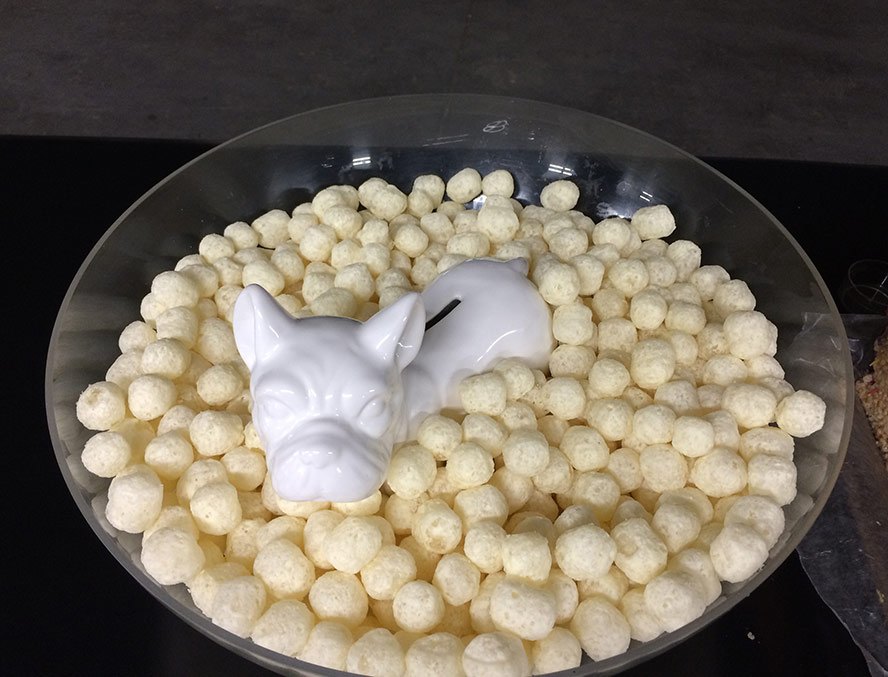 Here are a few more of my favorites. I wish I had more/better photos, because everything was really great – even the inedible art. 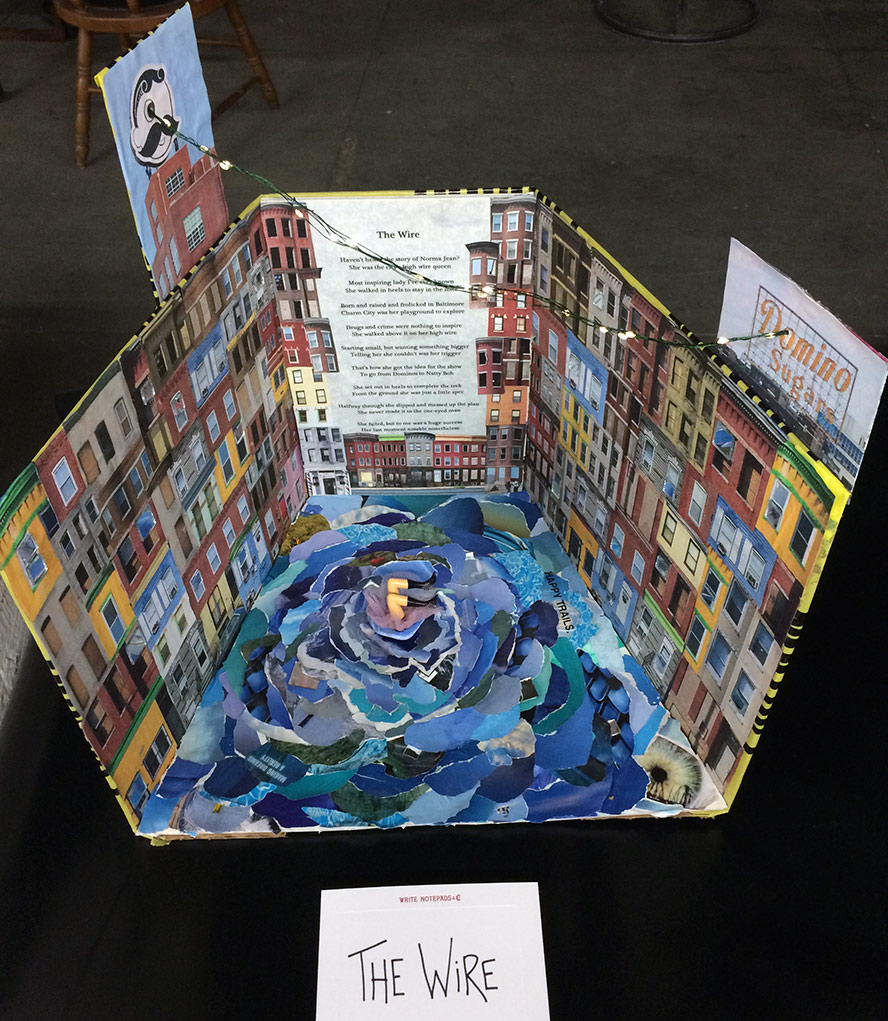 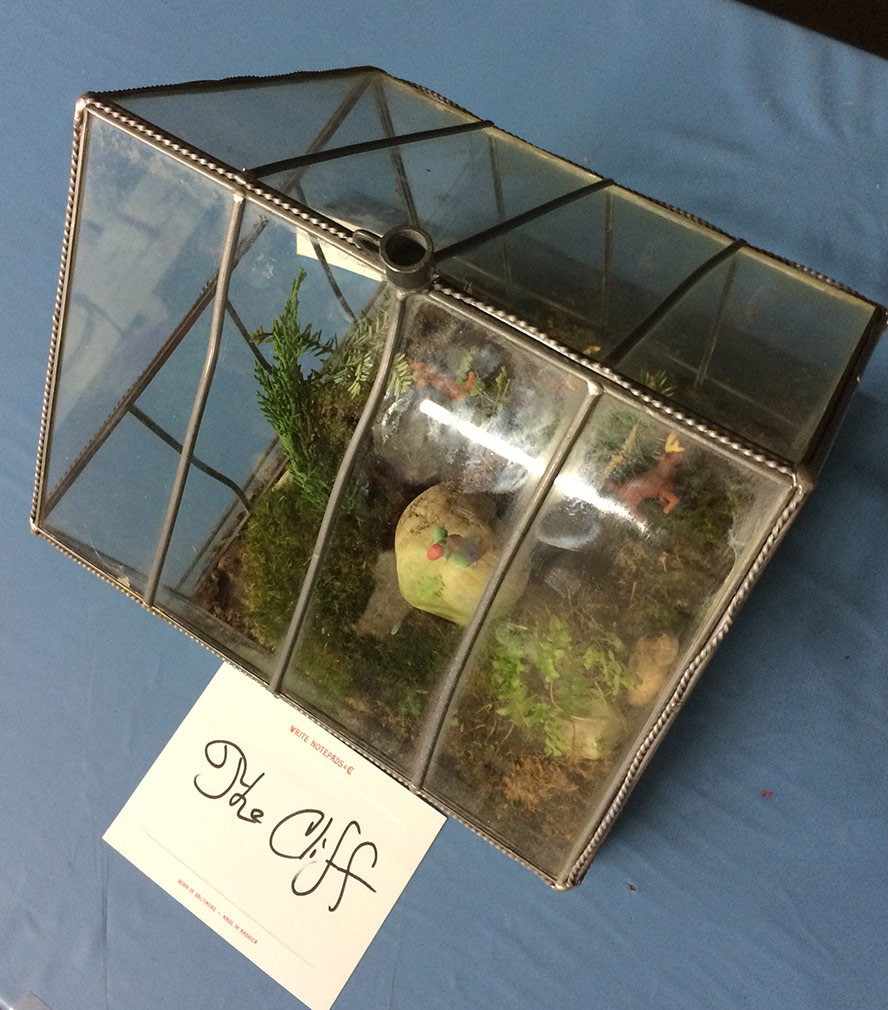 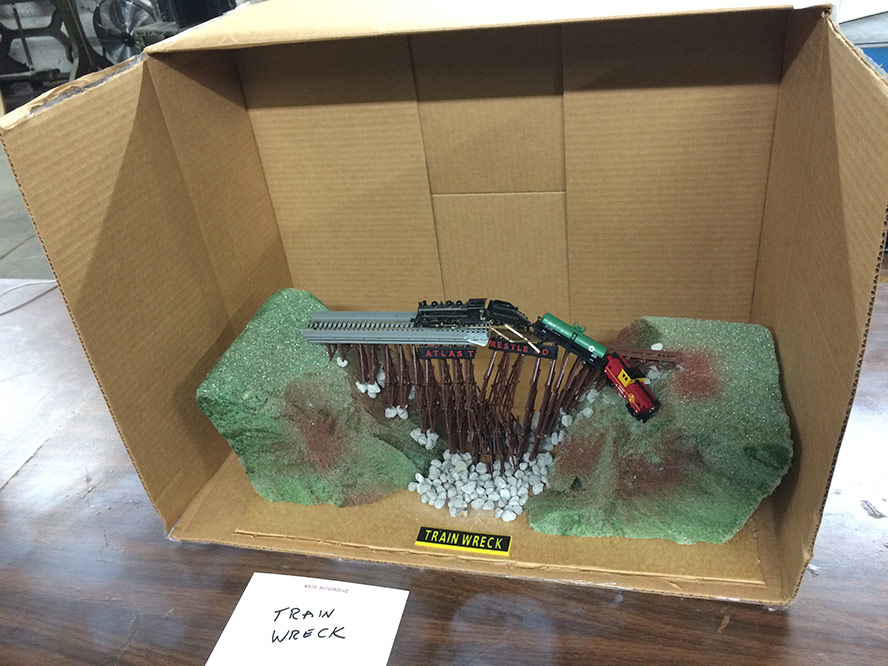 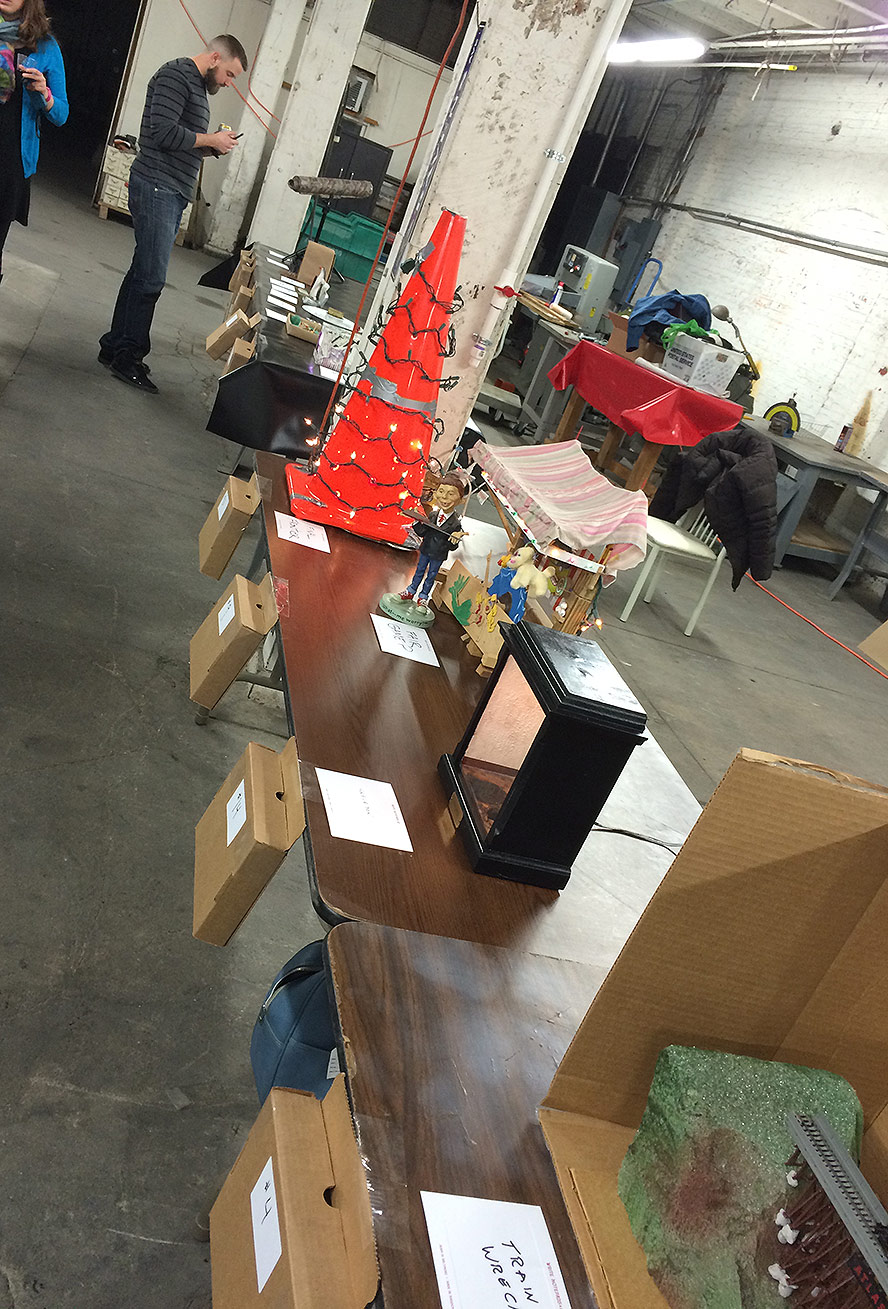 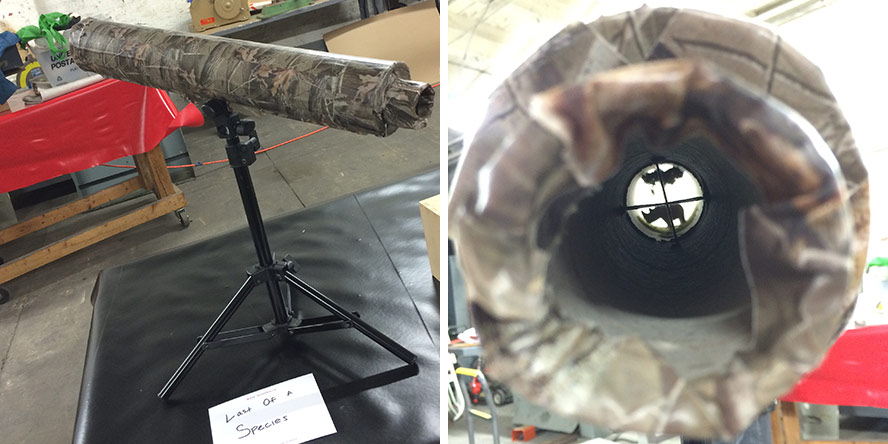 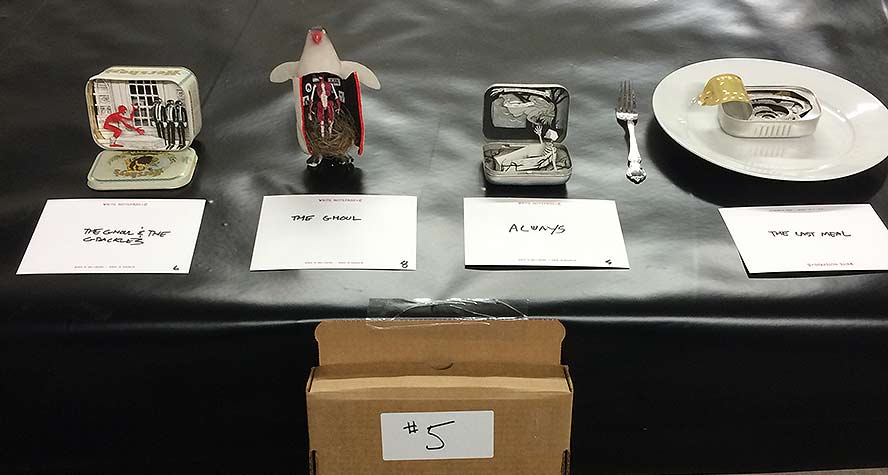 And just about everyone took a medal home. 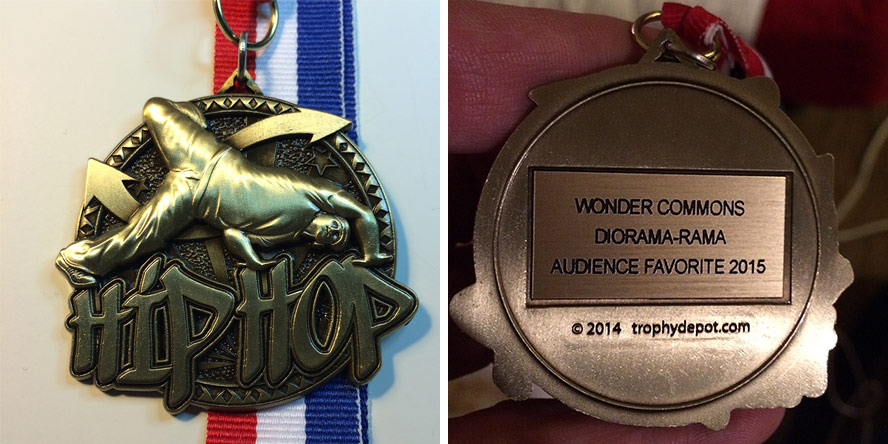 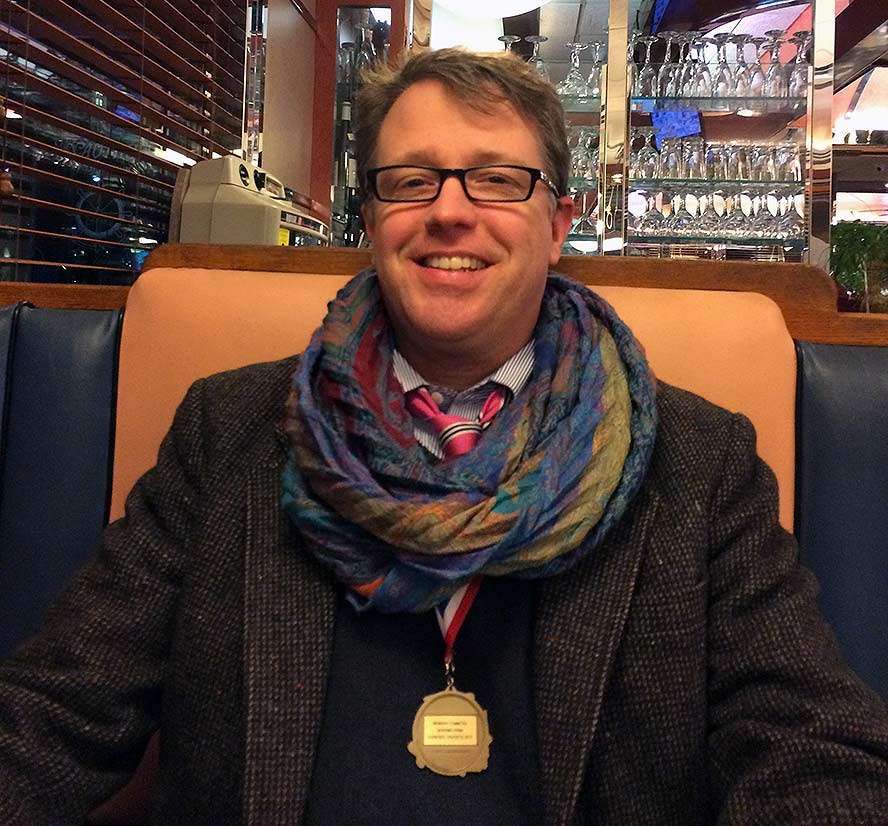 And the party even got a write up in Baltimore Magazine:

“One goal with Wonder Commons,” explains organizer Robert Marbury, author of Taxidermy Art: A Rogue’s Guide, “is to get people who are non-artists to make things.” That said, genuinely talented folks are here, like Jim Doran, who specializes in making tiny dioramas in iPod cases and kitchen spoons.

Among the entries is an homage to just-departed Leonard Nimoy, featuring an anime figurine of Star Trek’s Spock falling through strobe lights inside a parking cone to the “Final Frontier.” Best in Show goes to game developer Shawn Cook for “We Were Dead Before the Ship Even Sank,” featuring a watercolor painted boat swaying between a dozen waves, enhanced by bottom-of-the-sea LED lighting—all inside a six-inch box.

Meanwhile, the Cornell Prize, named for surrealist assemblage artist Joseph Cornell, goes to writer Zoë Nardo, for “The Wire,” which plays not off the acclaimed HBO series, but The Flying Wallendas. Her two-foot-tall cardboard frame depicts Baltimore’s harbor, its row-house neighborhoods, and a high wire strung from the iconic “Domino Sugars” sign in Locust Point to the neon Mr. Boh in Canton. An accompanying poem tells the tale of the diorama’s thrill-seeking protagonist—only her tutu and legs visible after a headfirst fall into the water:

“Halfway through she slipped and messed up the plan.
She never made it to the one-eyed man.”