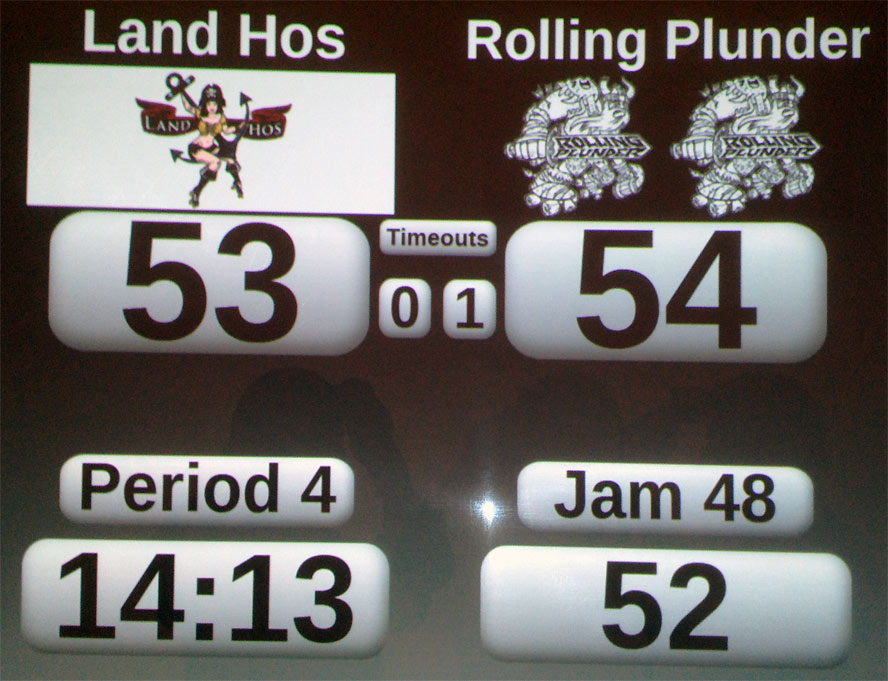 Last night was a blur. With the score tied, we went into Sudden Death (an extra period where the first point wins the game). My Land Hos had someone in the penalty box so we were down a player. I forget who scored the final pass. The game was a nail biter, with the lead being traded every other jam.

I had several trips to the penalty box myself and I made some pretty good mistakes. Rolling Plunder gave me the  “MVP” award, which cheered me up after being frustrated with the refs.

One mistake: I bought Adidas soccer socks to show my team colors – and I didn’t figure out until AFTER the game that my knee gaskets couldn’t grip the nylon. After one fall, my knee pad was down around my ankle. I have a couple of scrapes and  burns, but nothing serious. 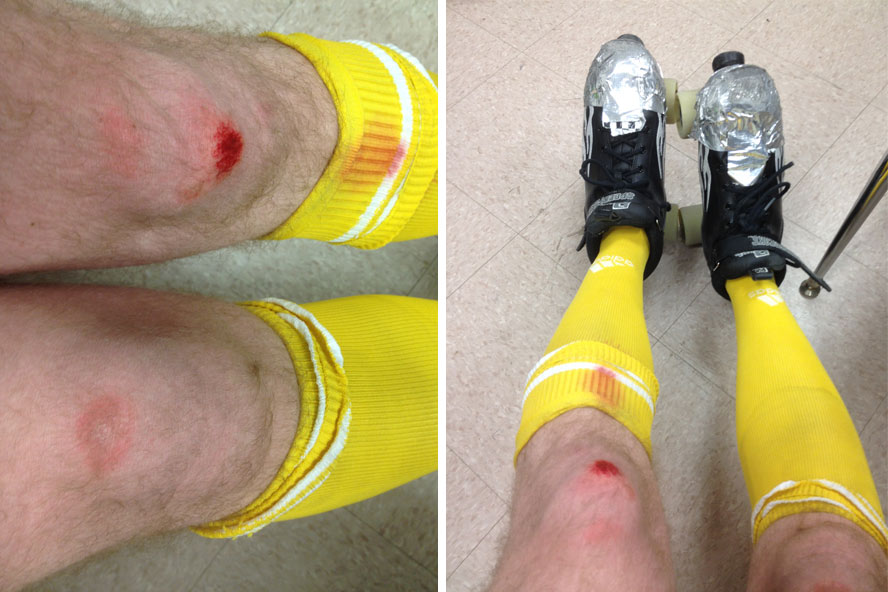 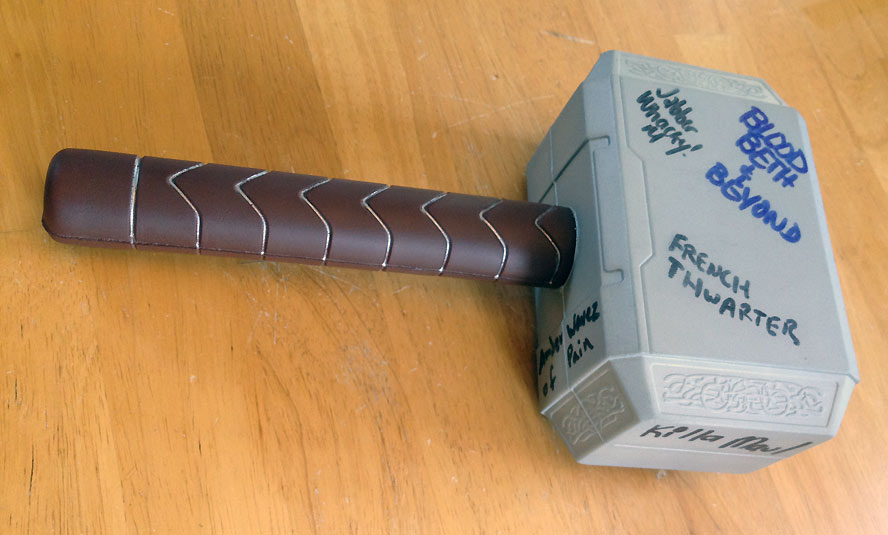 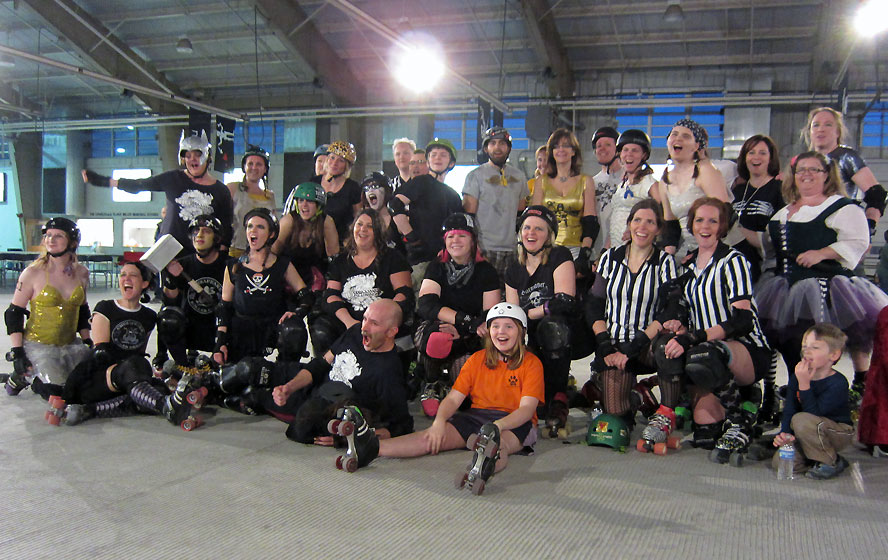 This was a GREAT game. I’m so glad I got to skate in it.

Got some more photos from Dreams In Focus Photography (John C. Purvis): 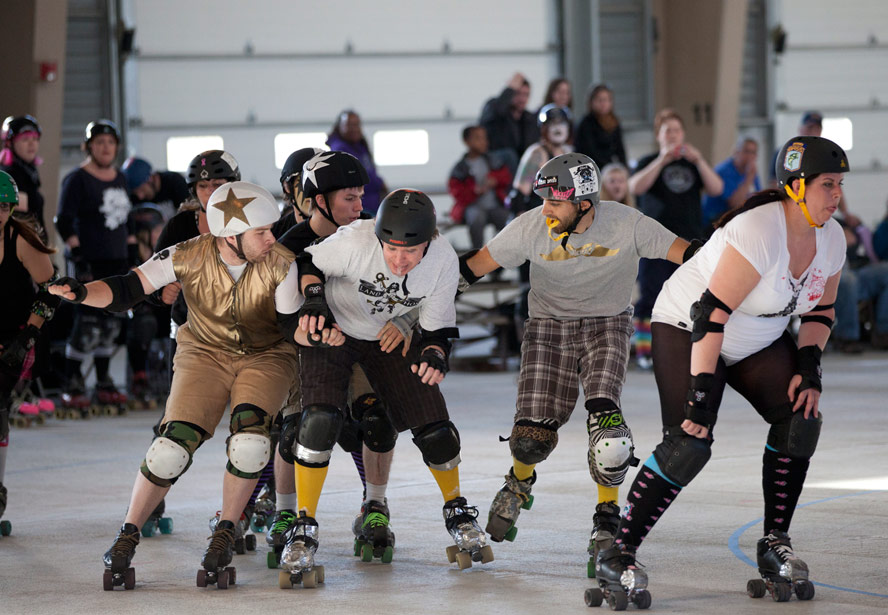 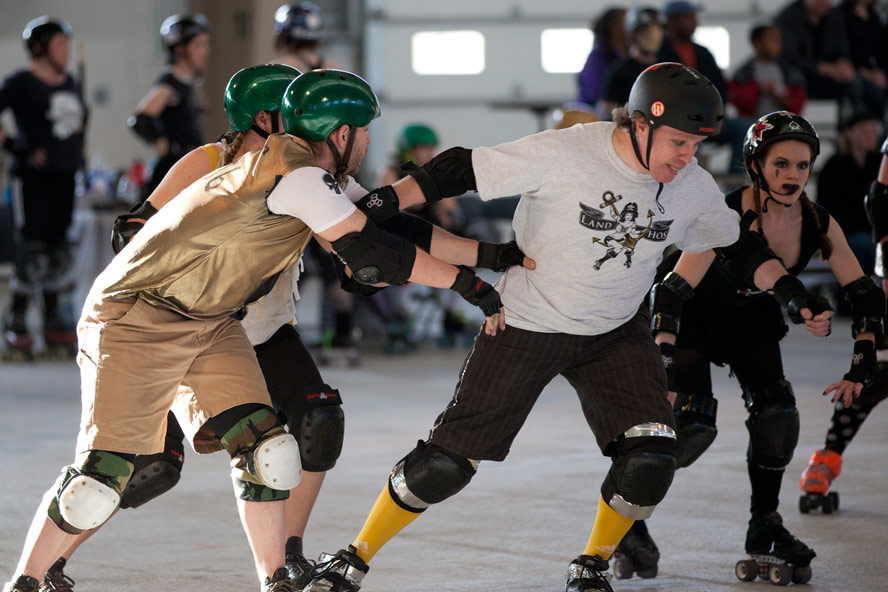 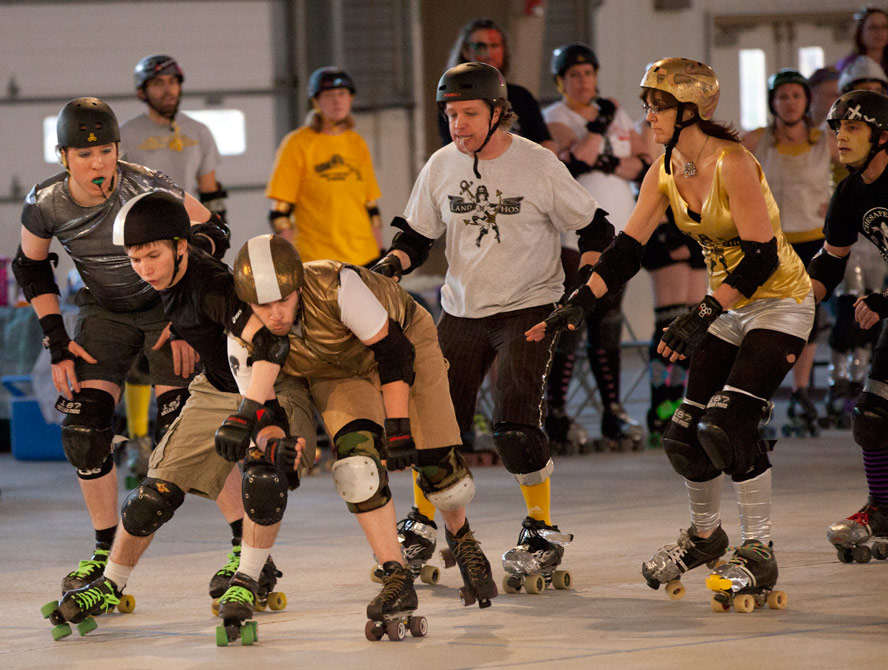 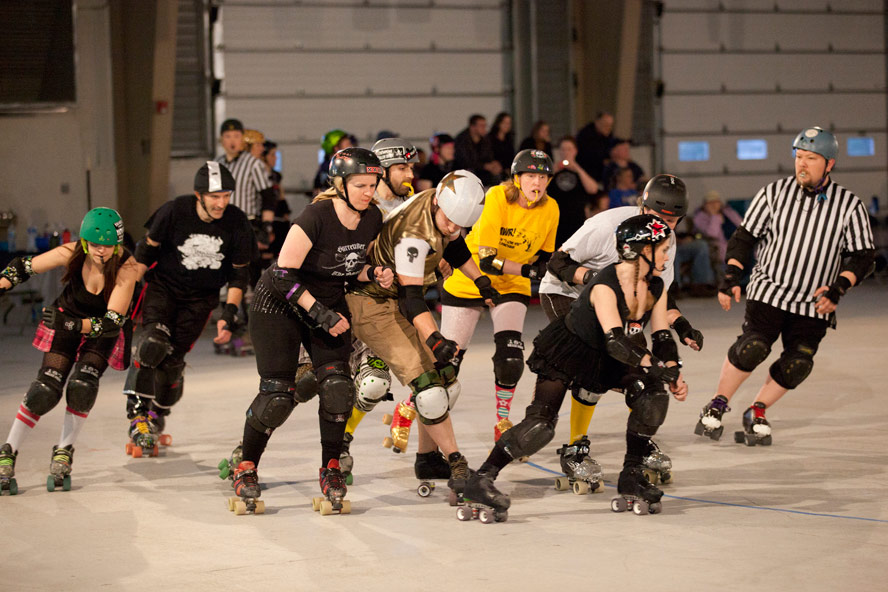 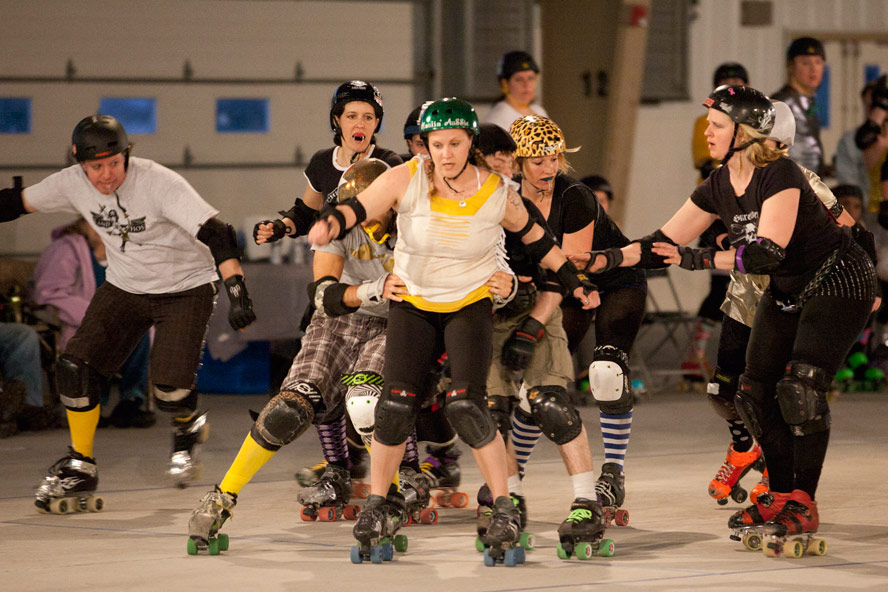 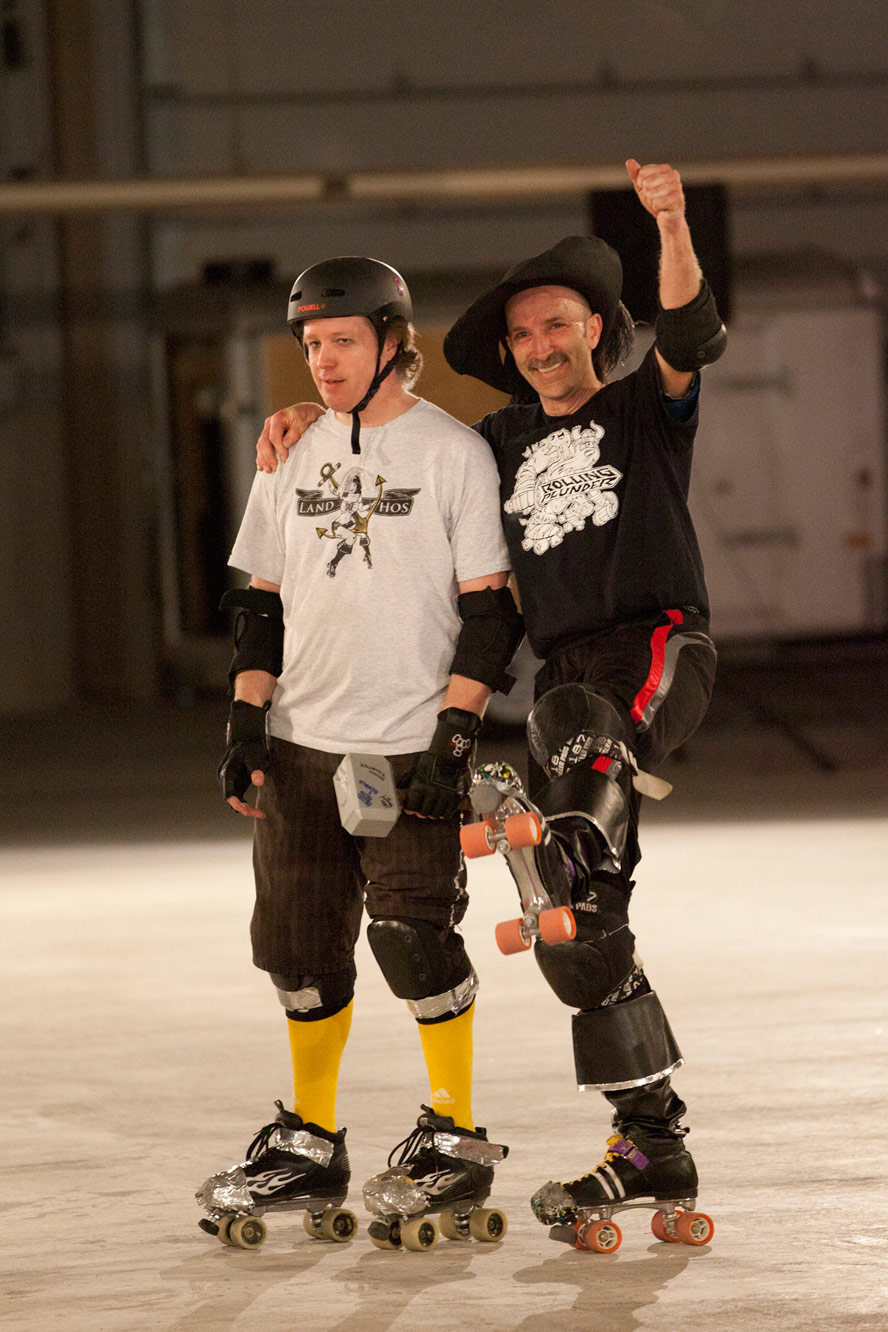