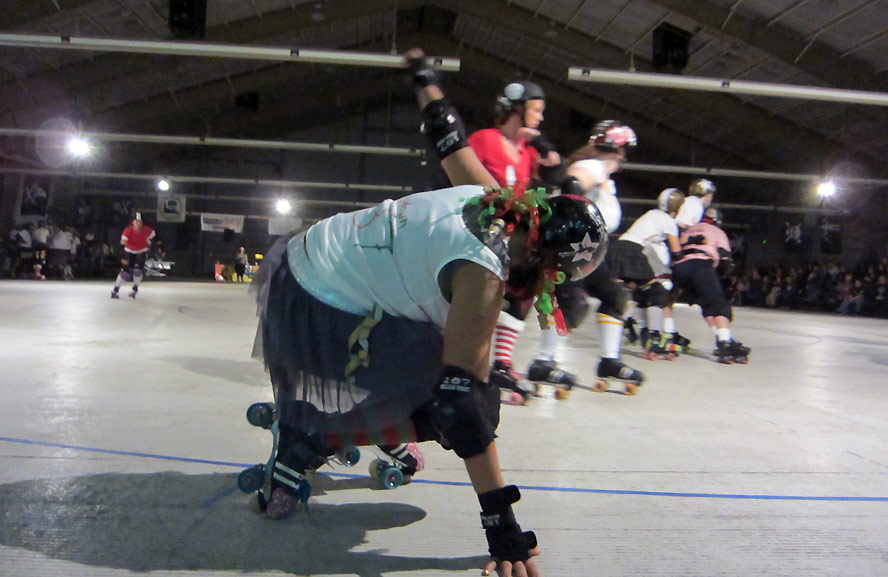 As my previous post suggested, 60 some odd players from the east coast region joined the CRD at Shipley Arena for “Season’s Beatings.” I played in the first game – which was my first real game – with the Misfit Toys. There were two 20 minute halves in which I played blocker in about every third jam. The Dalai Trama bench coached and did a fabulous job. 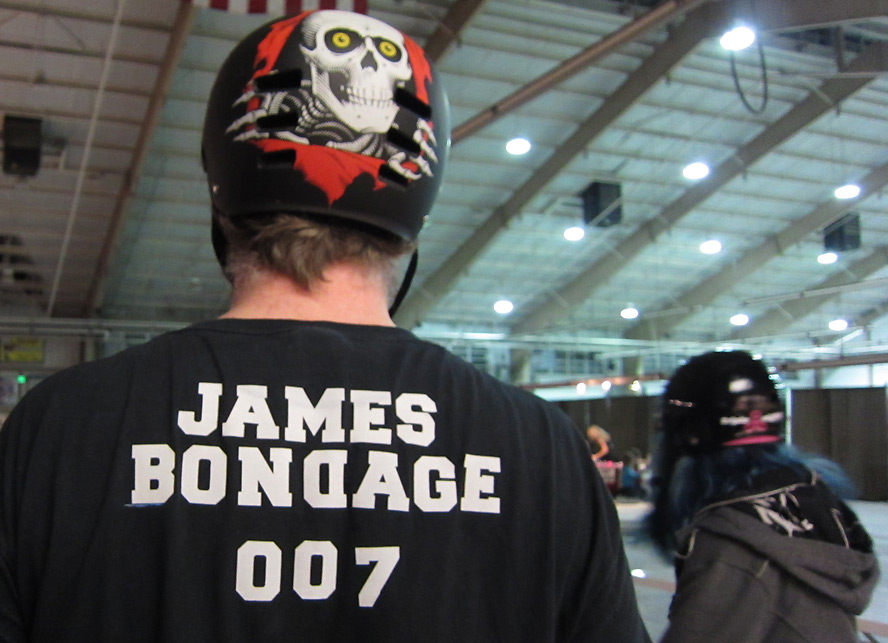 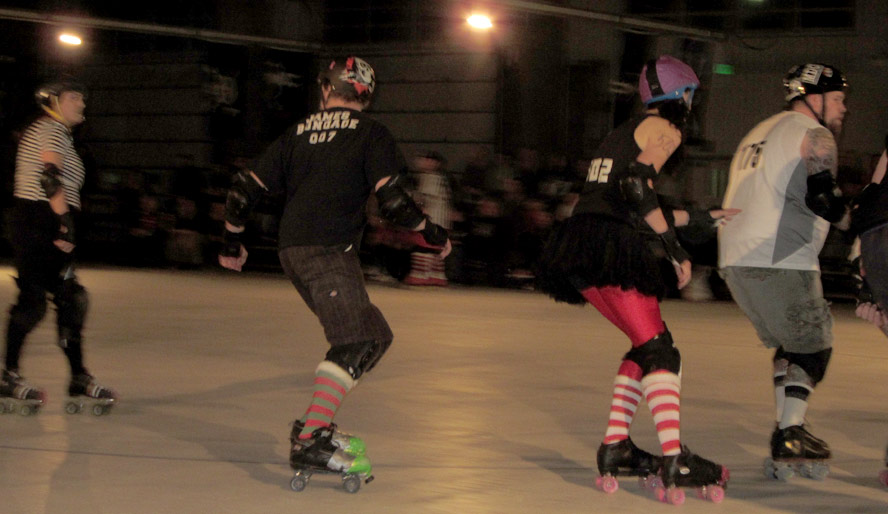 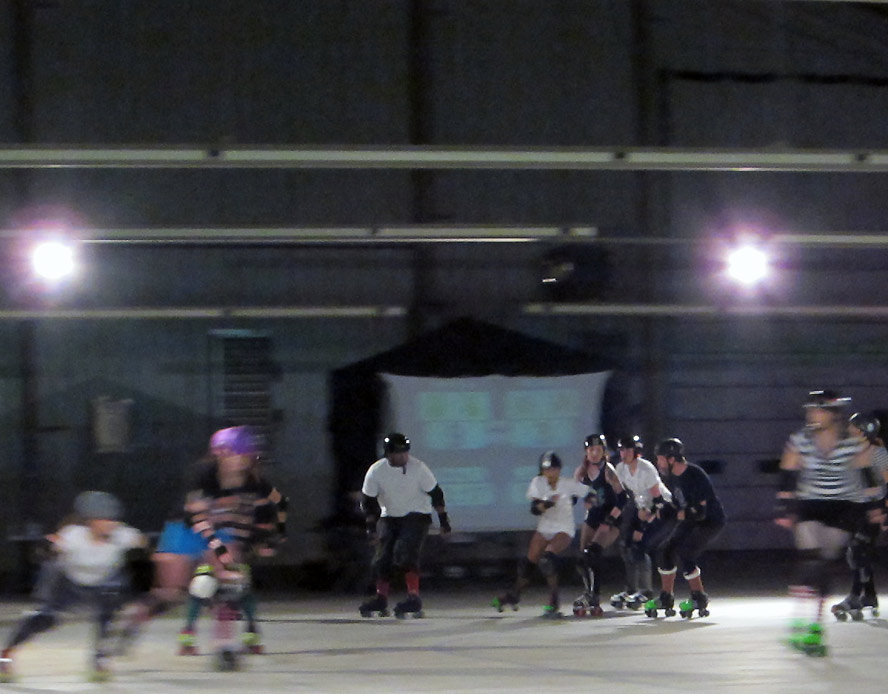 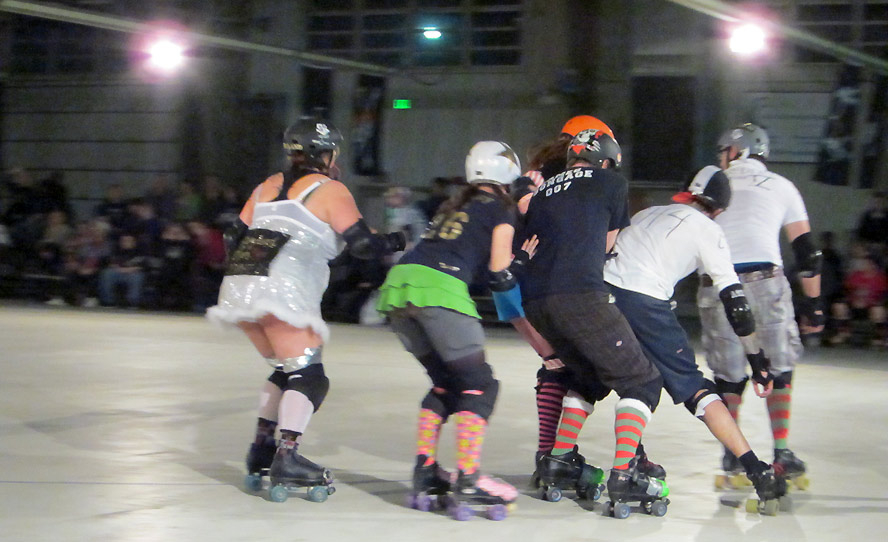 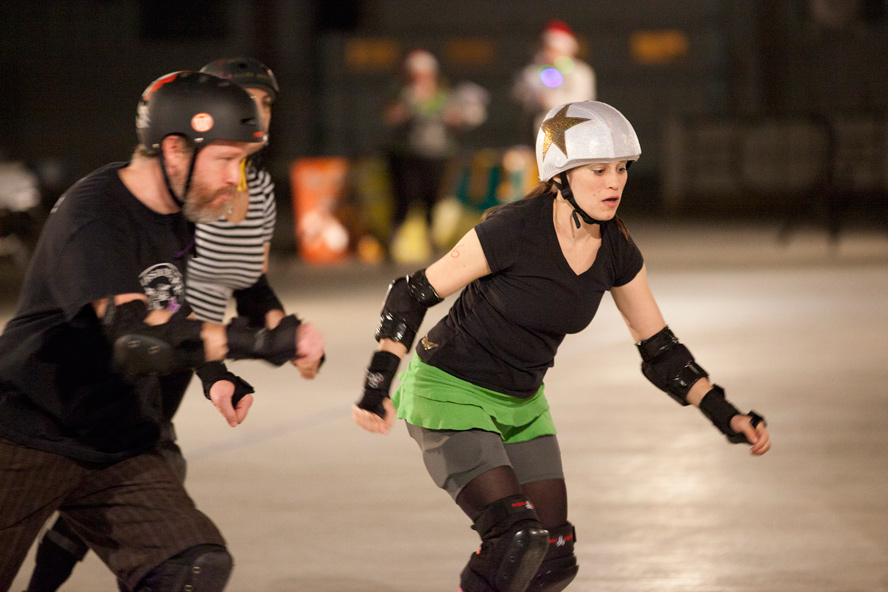 With a couple of exceptions, all the pirates of CRD skated or officiated. Skating with and getting feedback from such great players from other leagues was a fantastic learning experience. A wide range of skill was presented on the track – I’m grateful I had a chance to get out there. Also, I was hit harder than I’ve ever been hit (on roller skates) and skated with a couple of the fastest guys I’ve ever seen.

The girls had fun, too. 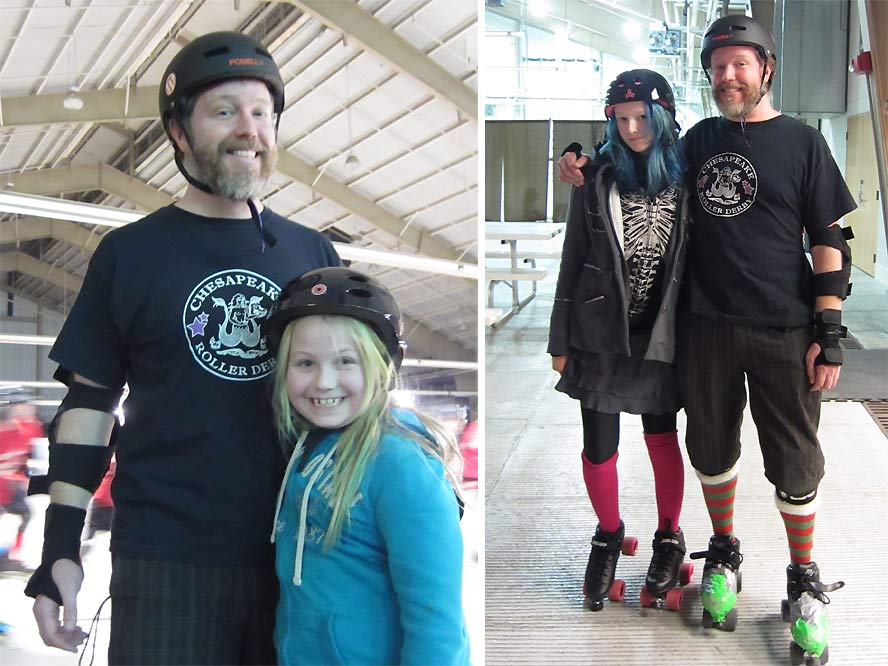 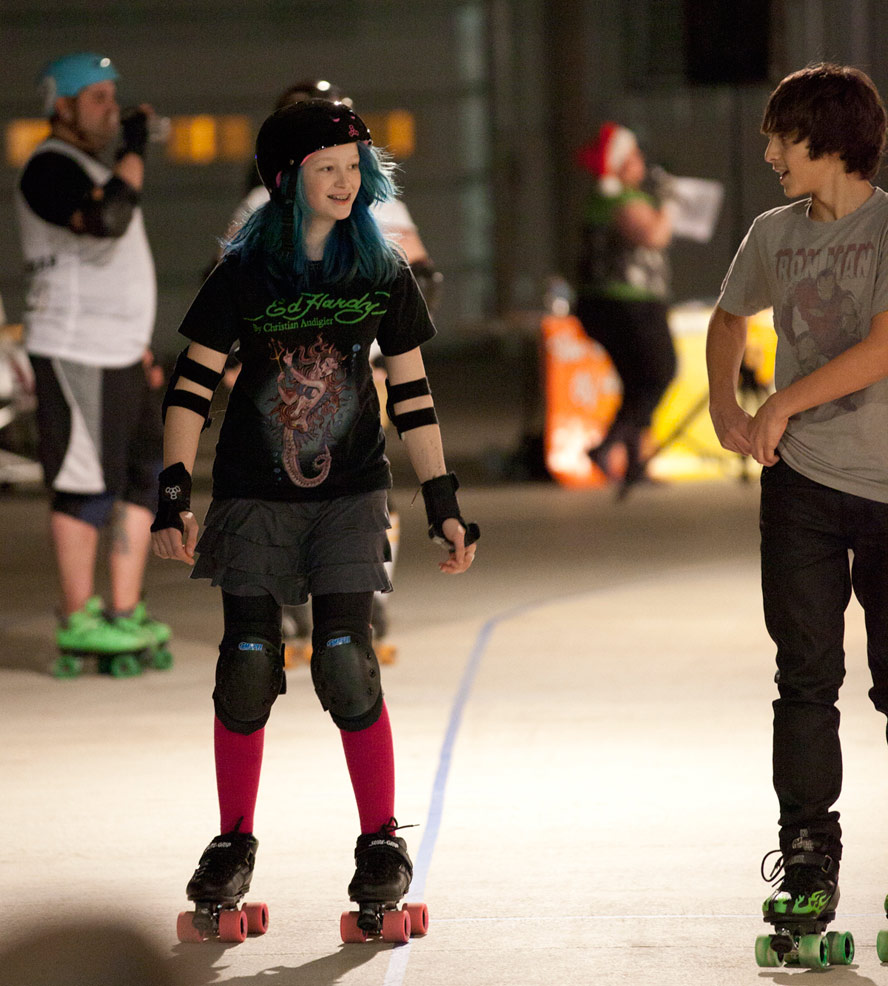