I love Baltimore, I chose to move here almost 30 years ago. It’s an amazing city, and a beautiful one. It’s full of hardworking, loving families. It has a vibrant cultural scene, and is home to numerous universities and colleges, both public and private.

It sucks when the president of the United States insults my home. In short, I hope our country finds a way out of this mess soon.

My colleague Jenny O’Grady created The Baltimore Ekphrasis Project, a special collaboration between LED Baltimore and The Light Ekphrastic. I submitted The Sea House as an inspiration piece for the talented Juliana Converse, and I made The Room of Indefinite Holding as a response. Any local artists reading this – please reach out to Jenny and participate in future projects. 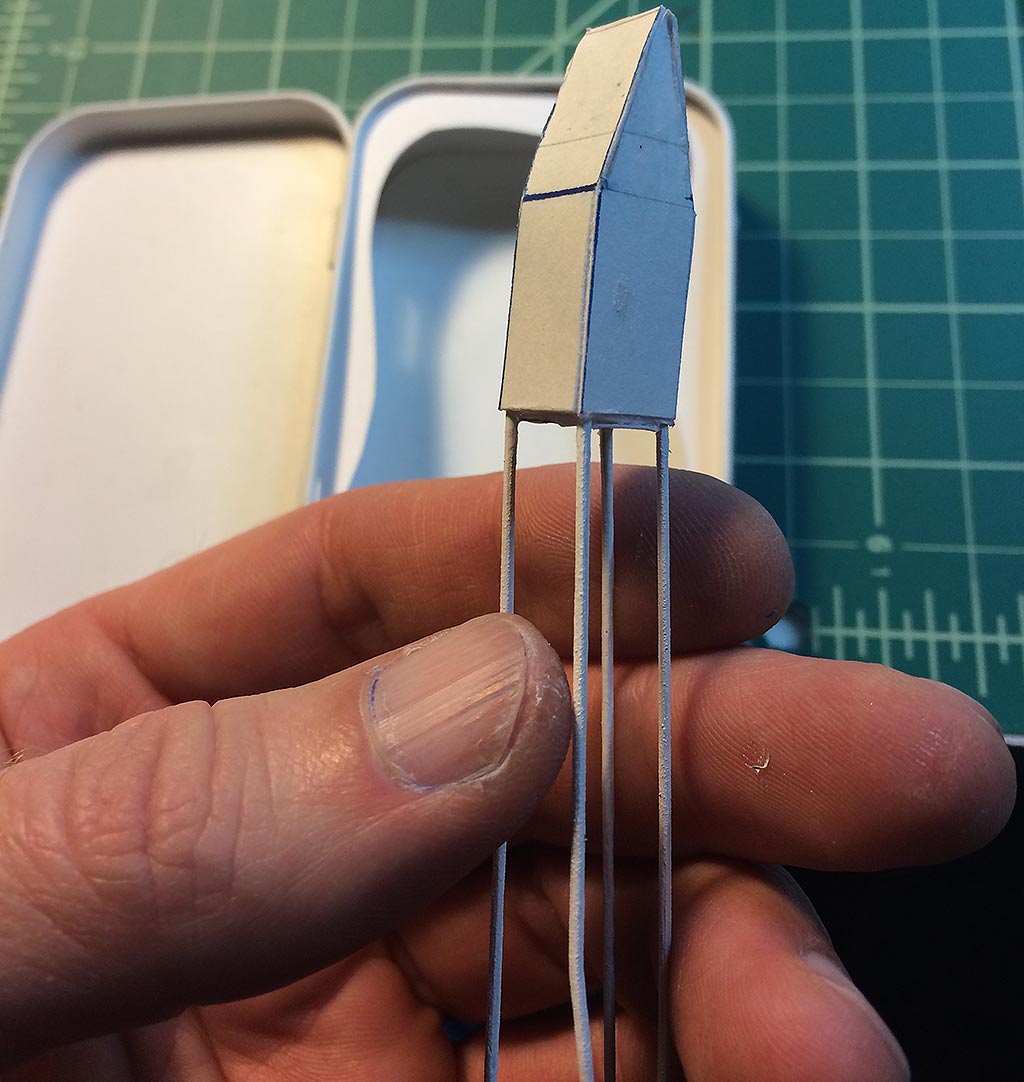 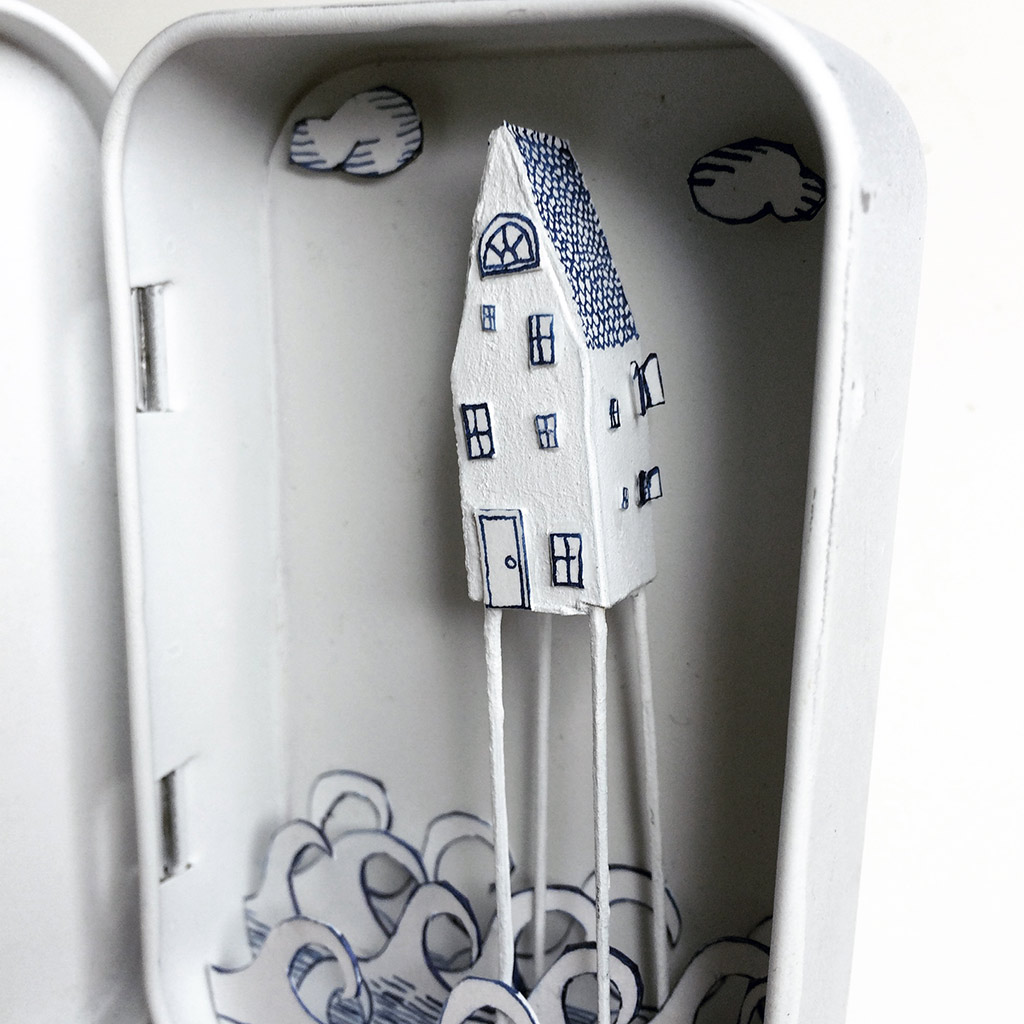 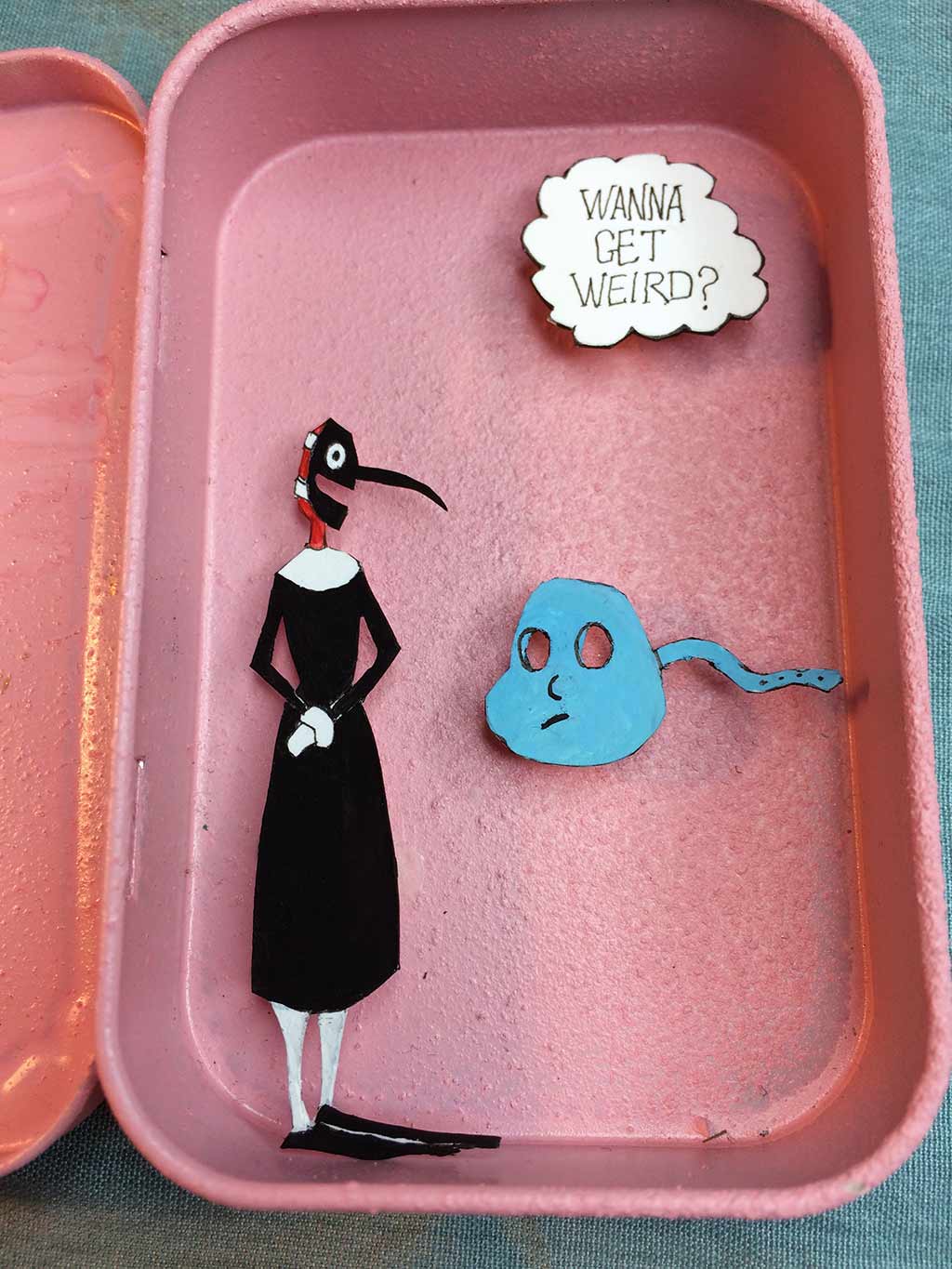 On the big screen… 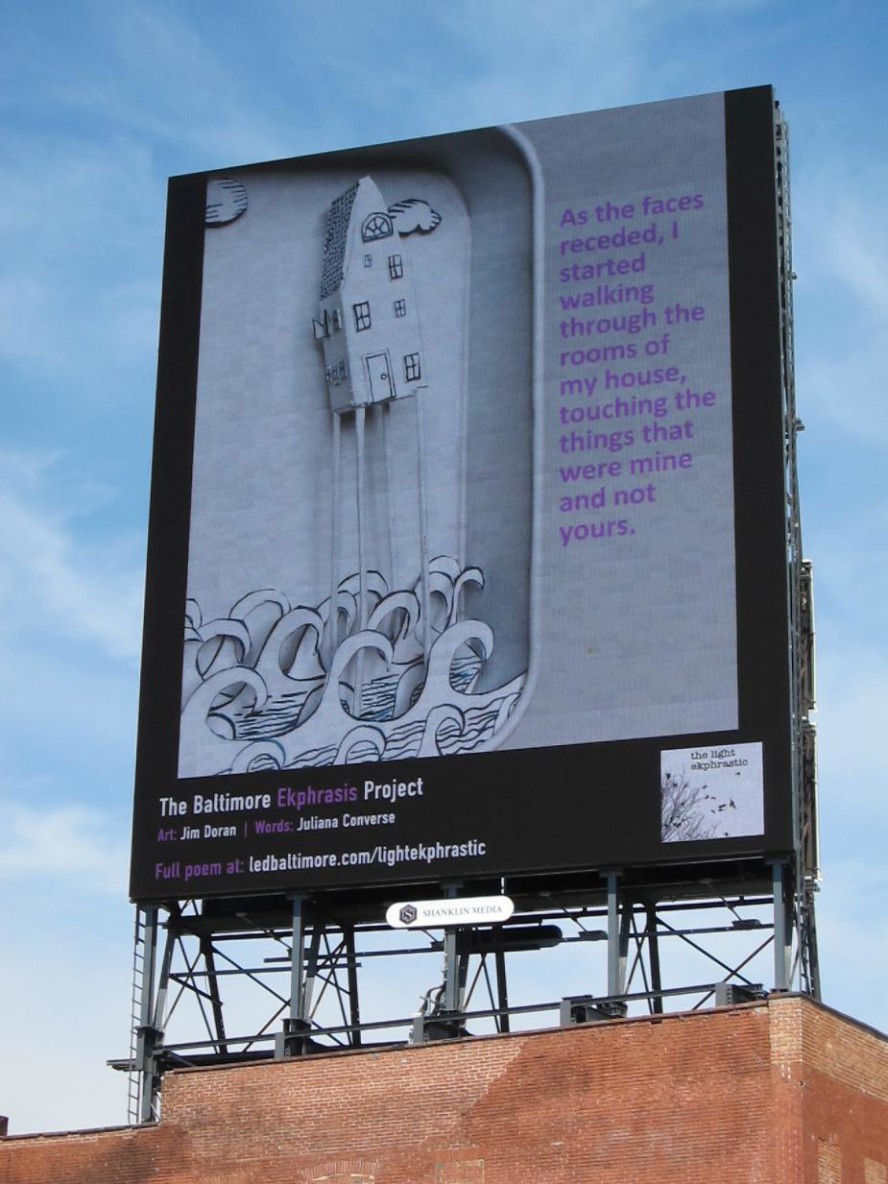 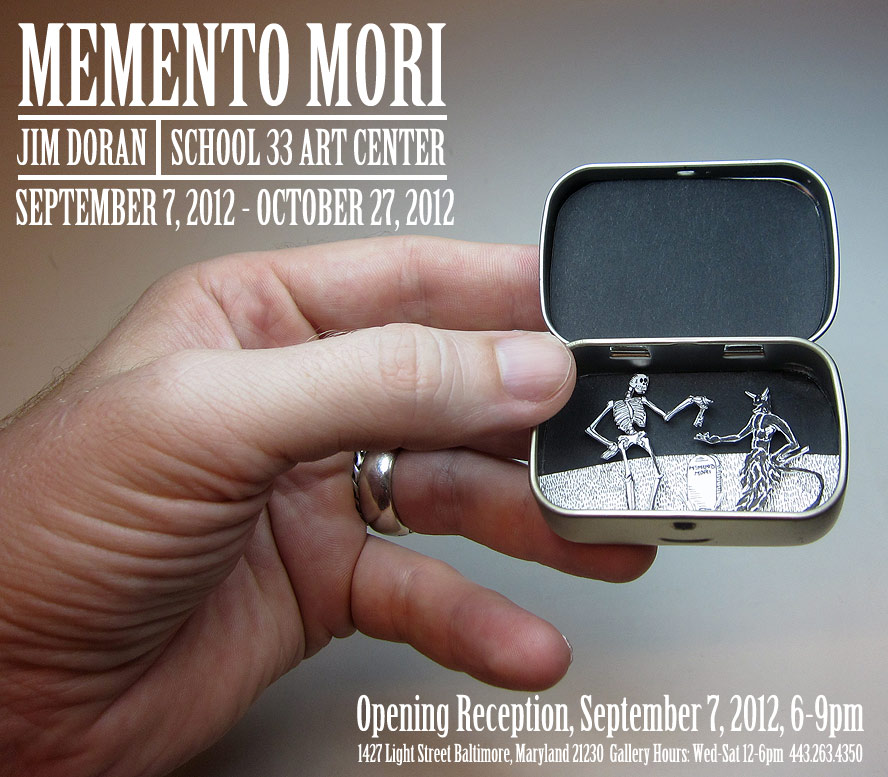 I am so very excited to announce my first solo show! At School 33 Art Center in Baltimore. I’m working around to clock to finish everything I want to share with you.

From the press release, which is soon to be released to the press:

Jim Doran’s objects reflect his fascination with the sea, the macabre, the divine and the metaphysical. His tiny dioramas from paper cutouts, pen & ink drawings and recycled packaging become tiny theaters where giant narratives unfold.  Doran explores the concept that there are many worlds: the world we live in, the world each of us carries around inside ourselves and even a mystical “Land of the Dead.” He places his ideas inside of found objects, which gives them their own purpose and mission.  By working in a small scale, he is able to recycle containers and packaging, giving them a second life of their own.  In spite of the dark subject matter, the work is optimistic and joyful and you can truly see the spirited fun that went into the making.  Doran finds it comforting to explore mortality in his work…it reminds him to live more fully, love the people around him and gives him hope that, when they finally pack him away in the ground, the stories will go on.

I woke up feeling a little wobbly but I set out for Create Baltimore with the hopes that it was just left over pizza from Refresh Baltimore disagreeing with me.

I checked in and caught up with a few friends and then settled into the short keynote address by Ellen Lupton. She talked about “design thinking,” that is, stating a problem and looking at it from as many different vantage points as possible. 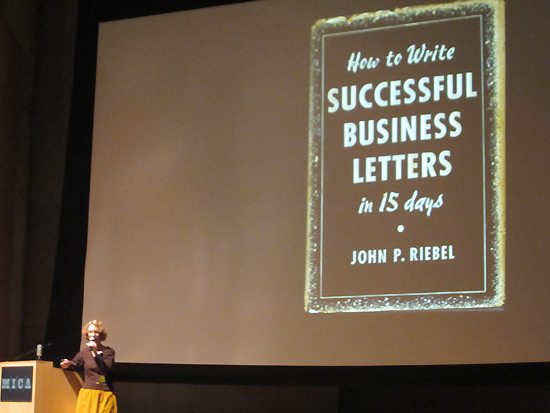 I also learned there is a real church of craft with ministers and everything. Knitting on Sunday. Coming to Baltimore soon.

And then, my body sent me home. And that’s what I got out of Create Baltimore. I hope there’s another one. So sad I missed it.

Frank Zappa was a lot like Yoda. For example, he said the best things. This weekend’s statue dedication was opened with the following FZ quote:

“If you want to get laid, go to college. If you want an education, go to the library.”

Gail Zappa offered it might be possible to do both, bless her. And this quote, in part, is why the new bust of Frank Zappa has come to rest in front of the new Highlandtown (Southeast Anchor) branch of the Enoch Pratt library in Baltimore City. Zappa was born in Baltimore, adding to the impressive list of unique creative geniuses from this town.

Gail Zappa,  the Zappa kids (Diva, Dweezil and Ahmet) and Zappa archivist Joe Travers kindly spent some time answering questions at the Creative Alliance in Patterson Park. Tom Hall from WYPR was on hand to help get things started. 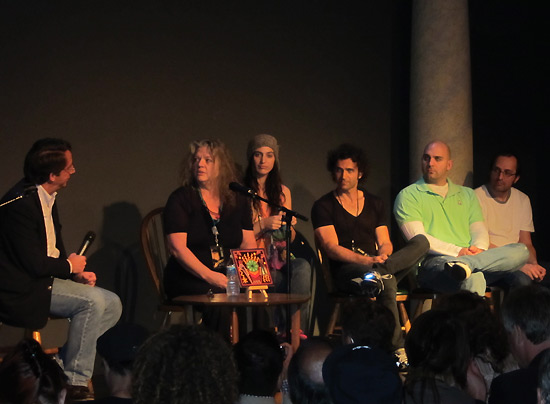 Here’s what I learned. 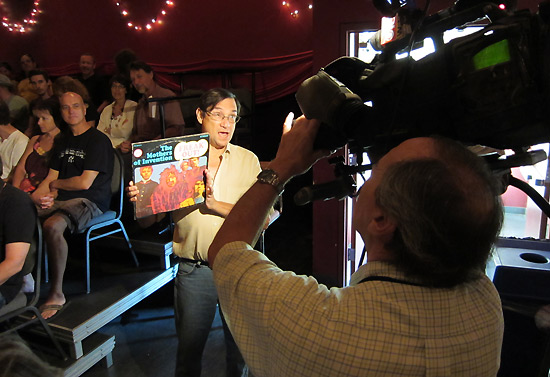 The real surprise for me today was Dweezil. 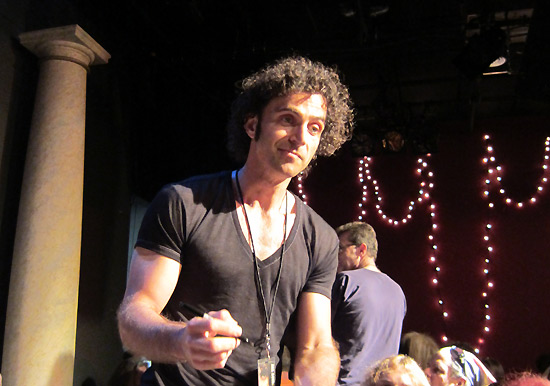 I’ve always had a lot of respect for Dweezil. He was the wittiest VJ on MTV and a crazy-good guitarist. As a kid, I was a little dismissive, though – he  had access to the best lessons and gear, his dad helped shape the careers of Steve Vai, Terry Bozzio, Warren Cuccurullo, etc. I mean, how could he NOT be awesome?

What I failed to notice as a youngster is how hard he worked to be great. Talent is only a small part of what it takes to be good at anything.

In his adult life, Dweezle has turned into an articulate,  super nice guy. And he still has amazing hair. All the Zappas were approachable, gracious and very sweet. But, especially Dweezle. He seems like a truly genuine guy.

Dweezle described how he took two years off to undergo a process most people wouldn’t want to do. He set out to learn how to play as Frank did, ignoring 25 years of musical instincts and developing new ones. While nothing Zappa wrote is easy to play, Dweezle said the real challenge was a mental one – to learn how to think and anticipate like his dad.  Frank was an improviser on stage – he would see shapes in his head and express them musically with his guitar. He got choked up while talking about this – I was moved (wiping eyes on sleeve) and can imagine what this must have been like. Not just the task of learning to play like someone else, but learning how to do it like your father.

Dweezil also gave some insight into  Frank as a (musical) dad. He said that Frank let him pursue whatever musical path he wanted to, and was eager to office advice and help if asked for it. He said that Frank would advise people to examine what motivated them to make music, and follow their inner musical ear where ever it leads. He wasn’t concerned with academia, or being labeled as a composer, guitarist, producer. 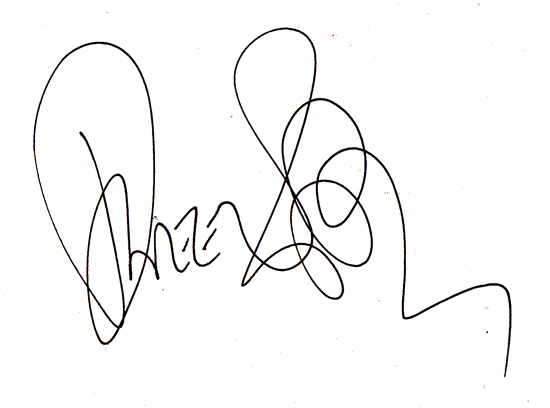 The statue is a replica of an original that sits in Vilnius, Lithuania. In an act of true democracy, the people of the city signed a petition to have the statue installed there. 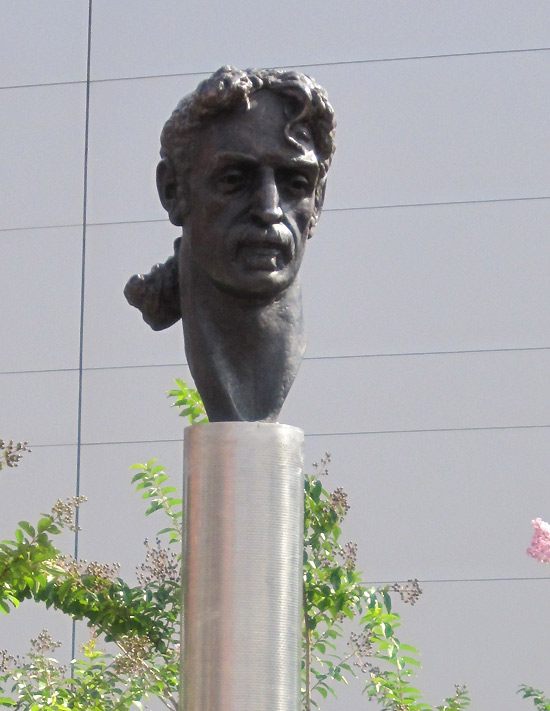 It’s very tall, sitting about 20′ off the ground looking out onto Frank Zappa way. 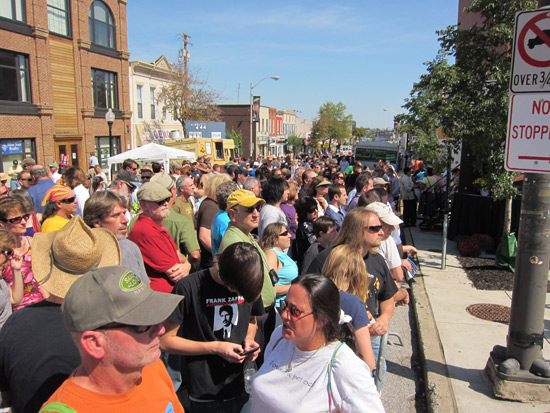 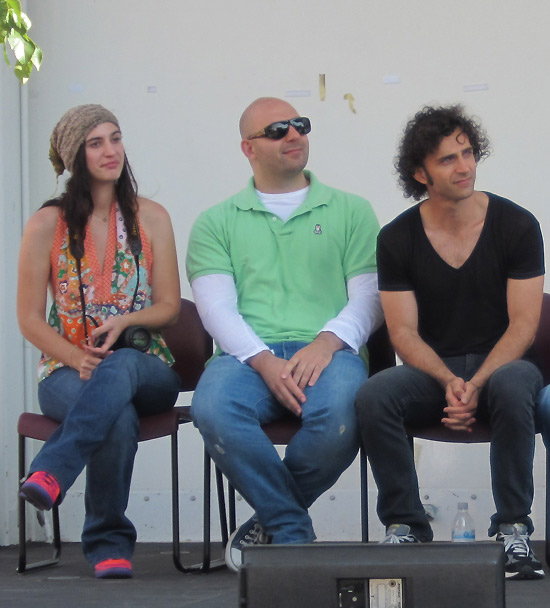 Gail spoke without notes. Dr. Carla Hayden of the Enoch Pratt and mayor Stephanie Rawlings-Blake proclaimed this a huge win  for libraries (Baltimore used to be the city that reads, didn’t it?) and Baltimore. Today will always be Frank Zappa day in Baltimore, and the mayor hinted at future Highlandtown music events to commemorate it.

A faculty member from Peabody was on hand and told the story of how Frank had once reached out to Peabody, and Peabody didn’t know how to react. Pierre Boulez has since proclaimed that Frank Zappa is one of the greatest American composers. Dr. Faculty explained that Peabody would now know how to react.  Love it.

There were a lot of wet eyes during the dedication – it was very moving, and the Zappas seemed truly honored. 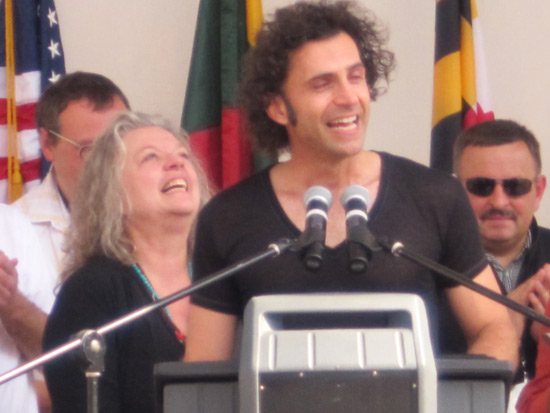 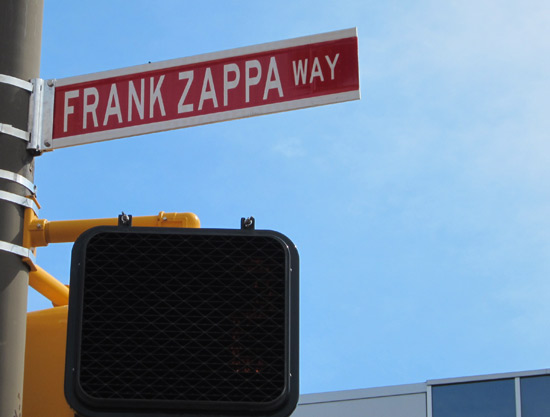 Finally, Dweezil gave a concert with Zappa plays Zappa. So good. It was a great, great day. 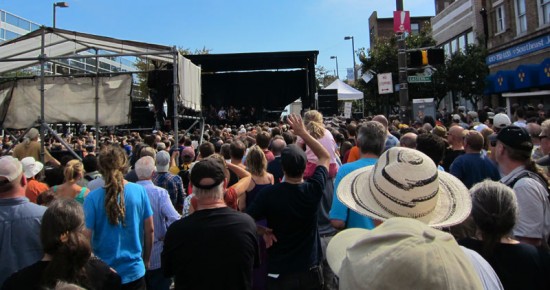