On Sunday, Lily and I made our annual trek to Bethesda for the Small Press Expo. The last one to be held in person was in 2019, for obvious reasons, and it was thrilling to attend in person once again. Most of my favorite publishers were in their usual spots, and we both picked up a few treasures. Sadly, I forgot to take any pics.

It probably reads as goofy, but it felt really good to be there. I’ve missed this event a lot.

And then, to make matters even better, Beverly and I went to see the Old 97’s with Chloë. It was one of the better September Sundays to occur so far this month, I assure you.

My previous “year in review” posts contained notes of gratitude for that year’s many blessings. I have so much for which to be grateful. I will not attempt to enumerate the many wonderful things that have happened since 2013, or even from 2019, in this year end blog post. I will name just one blessing, which I intend to carry into our collective future. 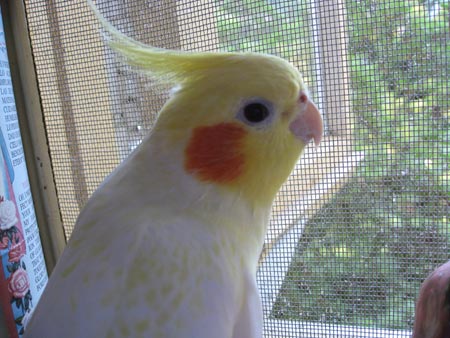 Our cockatiel Hedwig escaped last week during an avoidable mishap. She slept outside while the girls and I stayed awake and worried for her. The next morning, I hit Craigslist and canvased grocery stores, vets and pet shops with MISSING BIRD fliers.

The last store I visited explained, rather bluntly, that I’m a fool for not keeping her wing feathers trimmed. They also said that when a bird escapes, they are overwhelmed with trying to find the “ceiling” outside. Typically, they won’t go more than 200 to 300 yards from the house, and they will usually stay put in a tree until forced to move (food, predators, etc.)

I picked a street in the next neighborhood and started walking and whistling – Hedwig always whistles back, it’s a kind of game we play. Almost immediately, I heard her respond to Sleigh Ride. I still can’t believe my luck – I keep reliving the thrill of hearing her in the distance. Such amazing relief. It took us both about 20 minutes to figure out which tree she was in, and how to get her down in the wind. She managed it, and is sitting on my shoulder as I type this. 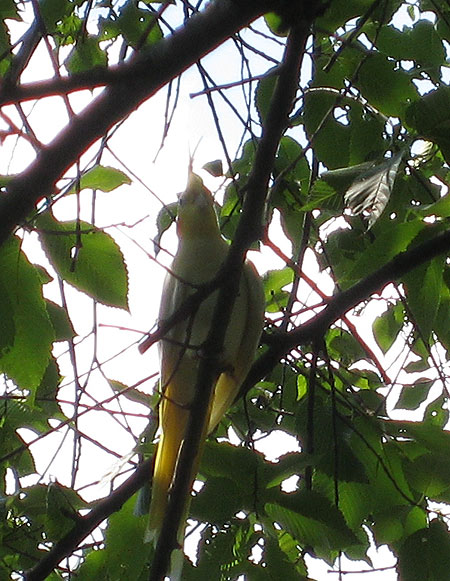 The advice from the cranky store owner was excellent. I called to thank her, and she then told me that people will often keep friendly birds if they meet them. And Hedwig is the friendliest ever.