In an attempt to validate some theories I had regarding using WordPress in Higher Education, I attend the 3rd annual WPCampus conference in St. Louis. I had never been to St. Louis, and discovered was hotter and more humid than Baltimore. I was able to use the MetroLink to get from the airport to Washington University in St. Louis and to my hotel.

I met a lot of other folks who are using WordPress as their main institutional CMS. I learned what plugins are useful for universities. I learned about other CMS solutions. I learned about governance in higher ed (the politics are so vicious because the stakes are so low). I learned about Gutenberg. It was nice to be at a WordCamp again.

And, I learned a few things about the city itself. I visited the arch, which one really has to see in person to understand how astonishingly big it is. 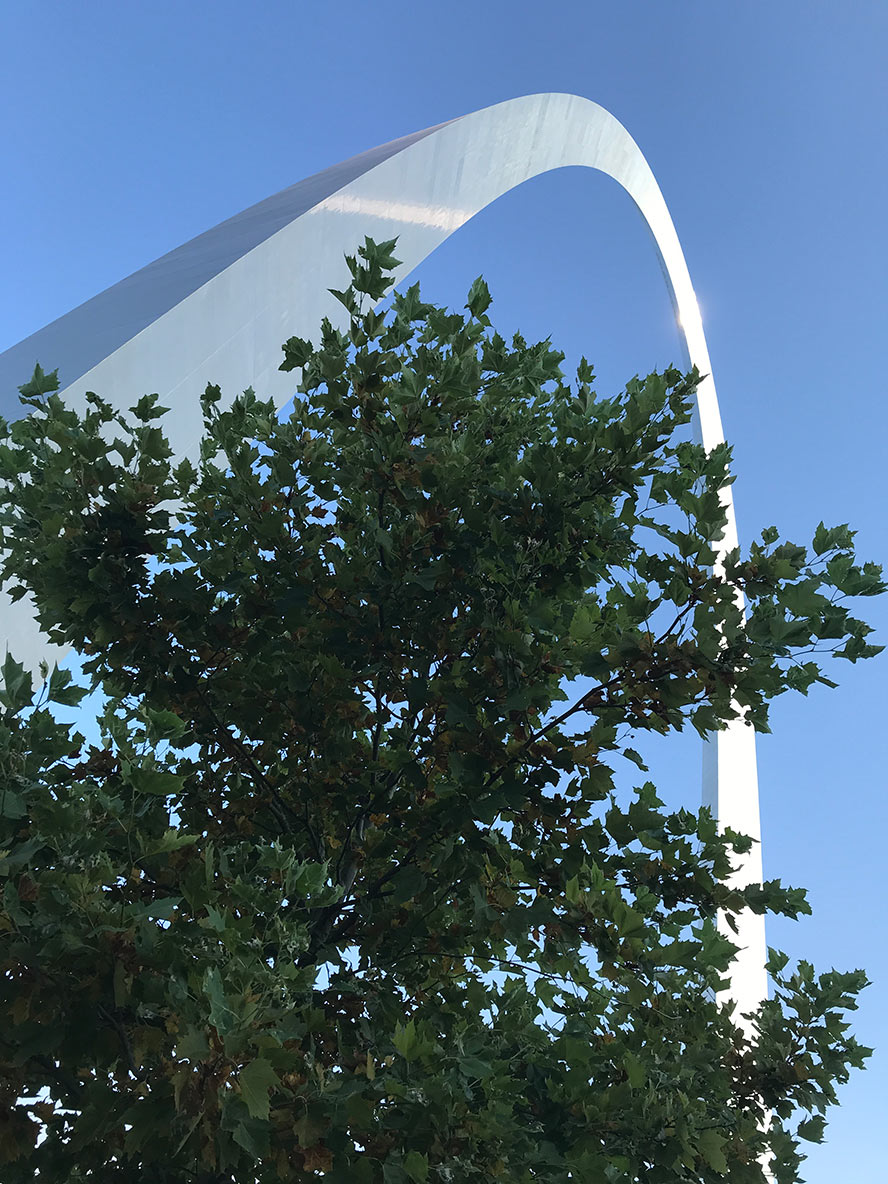 On the second night, I decided it was just too gross out to take the train to whatever was happening post conference, so I decided to wander around the neighborhood around the hotel. I found a place on Google Maps called El Burrito Loco. Upon entering, I wanted to move in and never leave.

I’m only sharing a few photos of the many I took, but some of my favorite aspects of this outstanding establishment are, a diorama of skeletons in a door transom:

The fabulous art and colors. The COLORS!

The giant skeletons partying outside the building:

And the HUGE papier-mâché skeleton on the ceiling of the dining room. YES!!!

I ate very well that night – they had the best queso I’ve ever had – so, I decided to walk about, and I turned down Maryland Avenue (because, well, I’m from Maryland).

I happened upon a chess club, which I visited, and a chess themed cafe. As I looked across the street, I observed the world’s largest chess pieces, and the Word Chess Hall of Fame (which has an informative  web site).  I spent an hour and a half here and it was great! 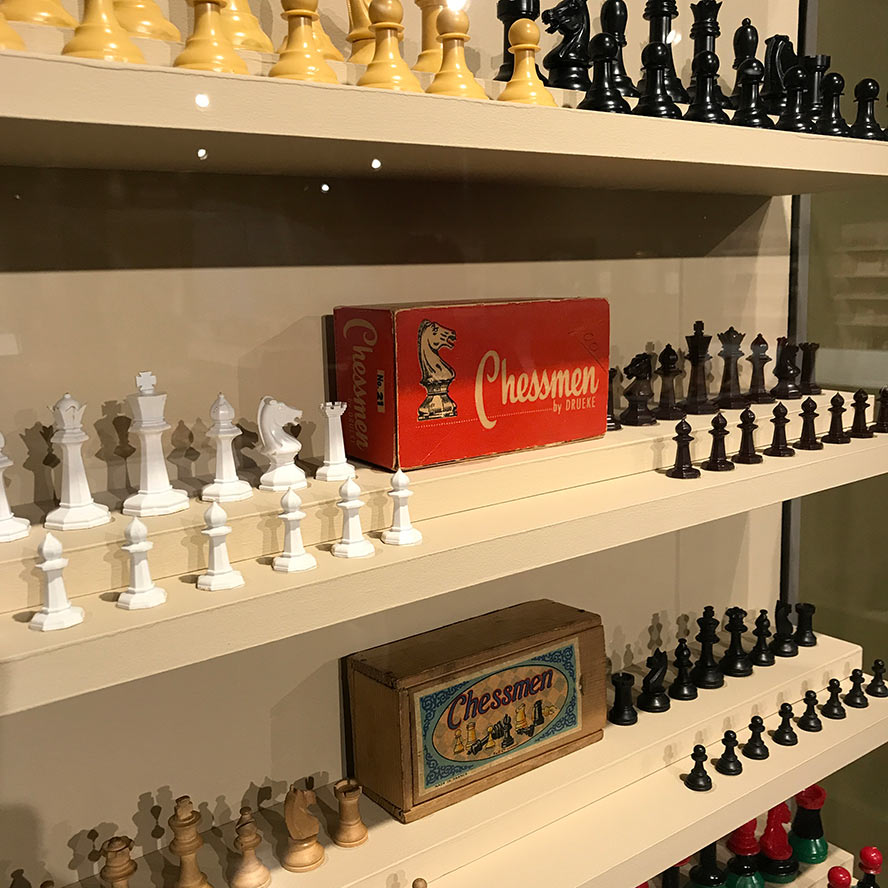 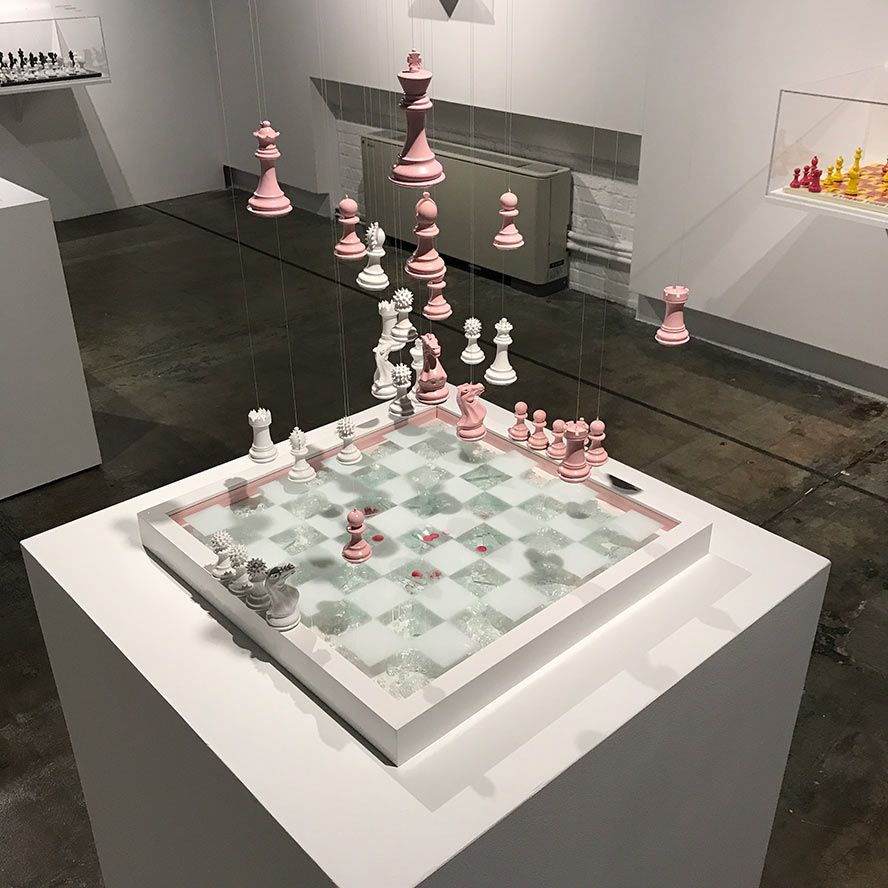 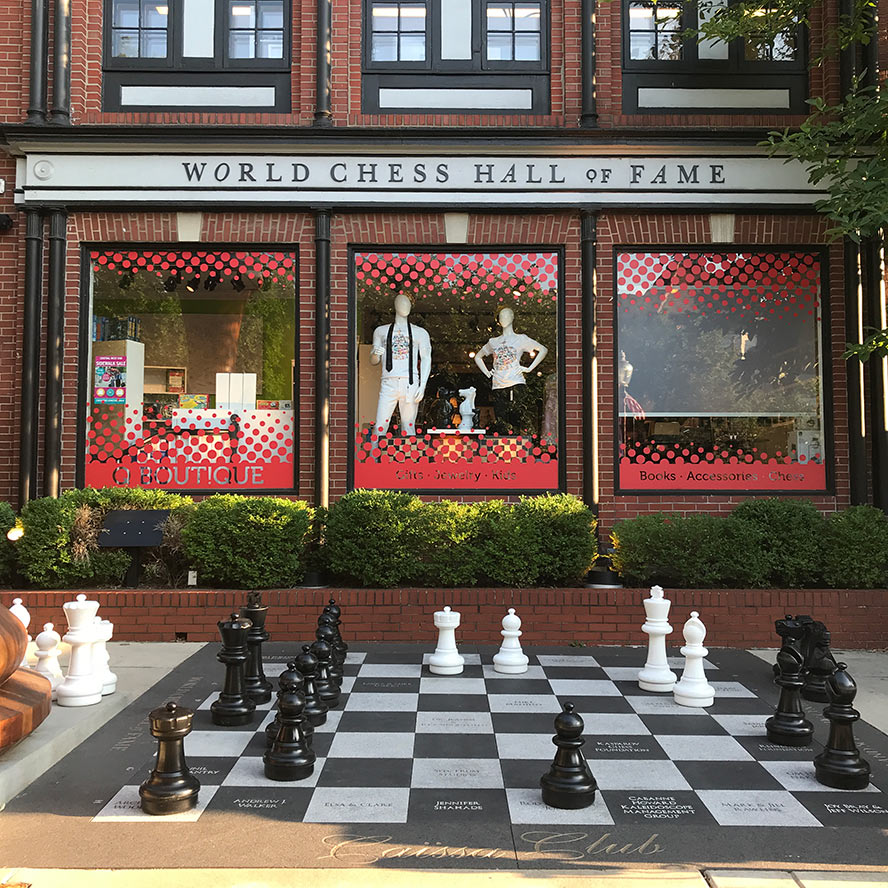 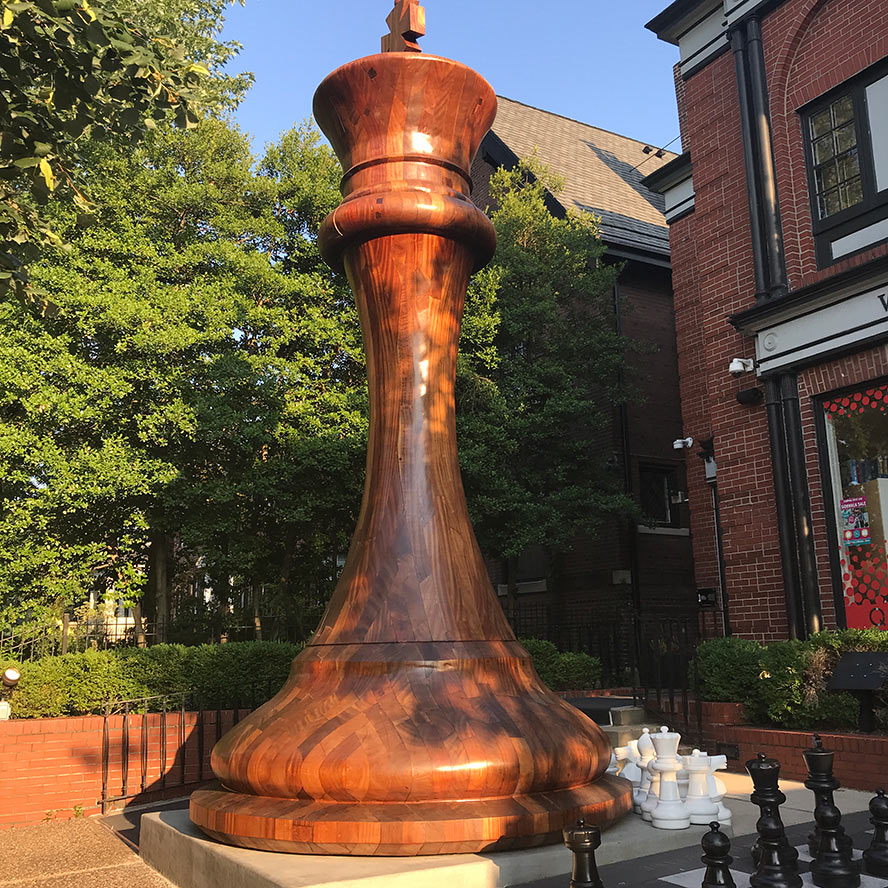 I wish I had more time to explore St. Louis, but for a guy like me, I lucked into an amazing experience.

Baltimore now has a really good WordPress meet-up. The next one will be on January 17th, 2011. 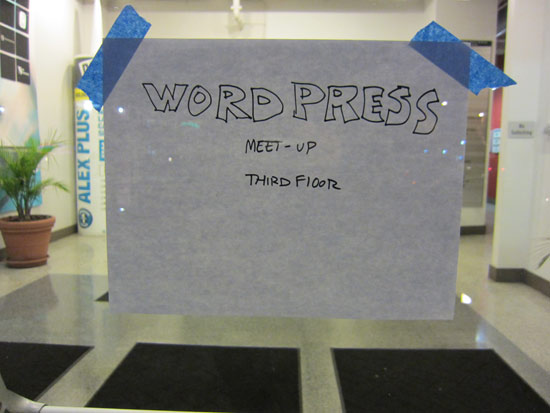 I should have been writing about this – the first meeting loosely covered some popular WordPress plug-ins, and I gave my “20 Things the New WordPress Person should know” talk at the second. Last night was an open forum – we have a broad mix of technical, business and beginner folks. It’s great. If you are lurking out there and mildly interested, join us. 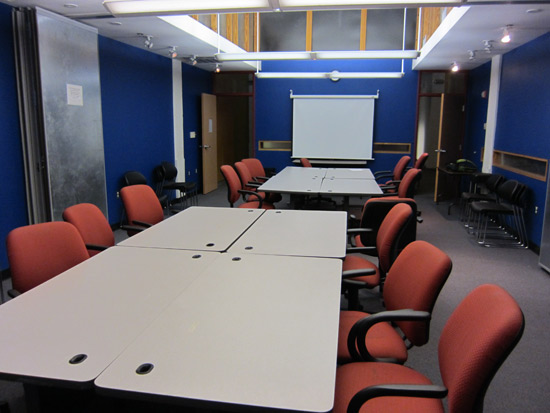 Thanks to Ben Sterling and Kenzo media for being a sponsor.

WordCamp Philly was great. Super well organized by nice WordPress enthusiasts  who actually return e-mails and are interested in their own event.  I enjoyed seeing Temple University and what they are doing with WordPress.

Aside from all the raisins that ended up in my messenger bag, I’d call it a successful day. My previous post has a link to my talk. 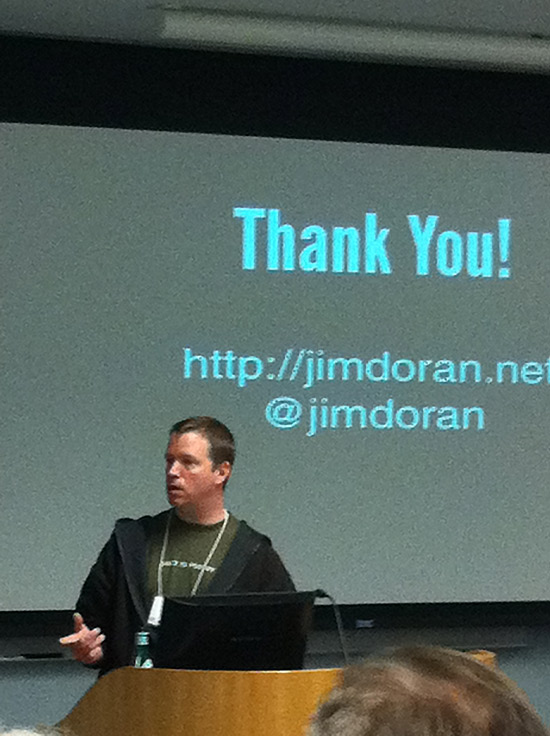 photo courtesy of .js at jennschiffer.com

I wanted a “Smothie” but they were closed. I wonder if they are anything like Smoothies. 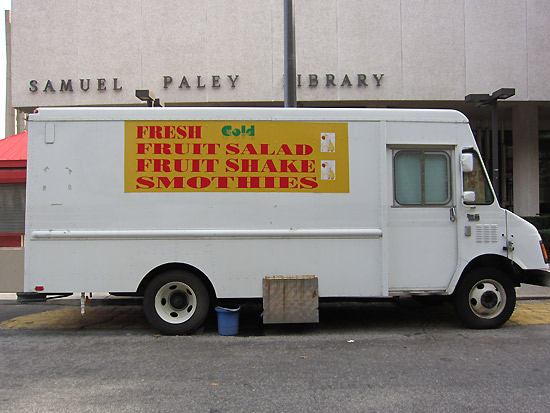 Also, I think it’s fantastic that Mike serves steaks out of the carpets truck. I bet they are full of fiber. 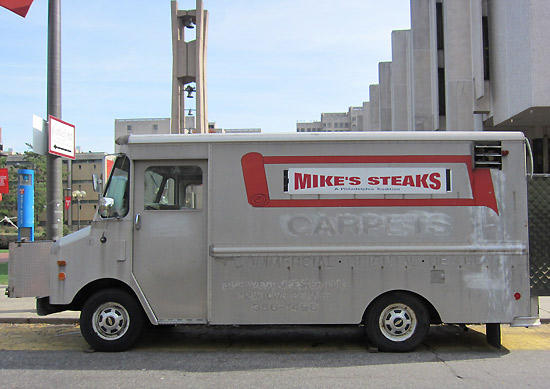 I almost crapped my pants when I pulled up to the toll booth in the wee hours of the morning. Who the hell hired an evil clown?

If I HAD crapped my pants at the evil clown, it would have been okay – they are super pants. 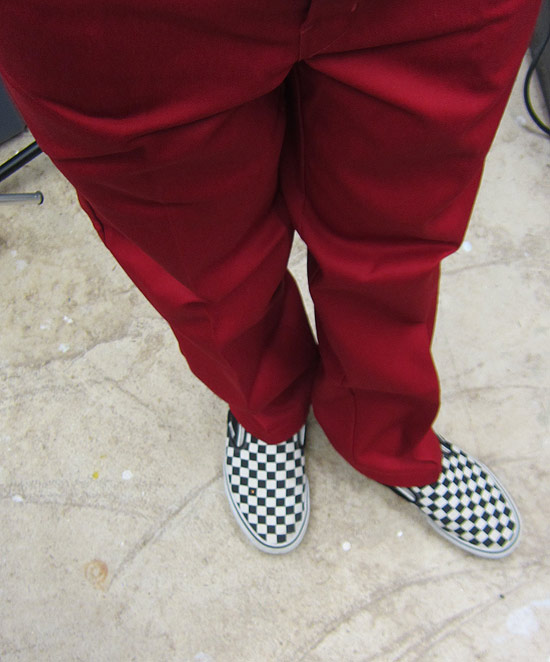 It was a good trip.

John Waters was at Barnes & Noble signing his book! 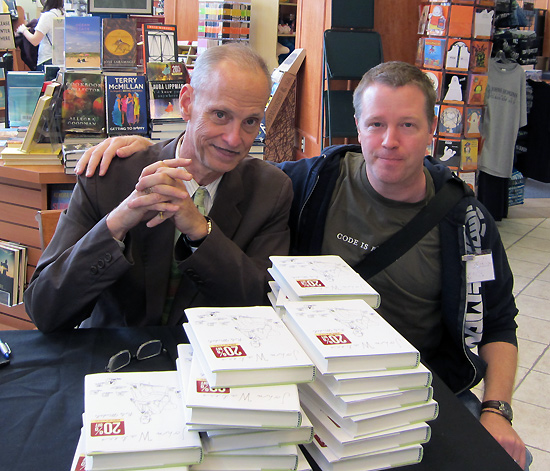 I had a quick book signing, too, [ Head First WordPress – see here for complete details ] for a complete stranger that I’ve never met, ever.

I know this because I have a piece of paper saying so. 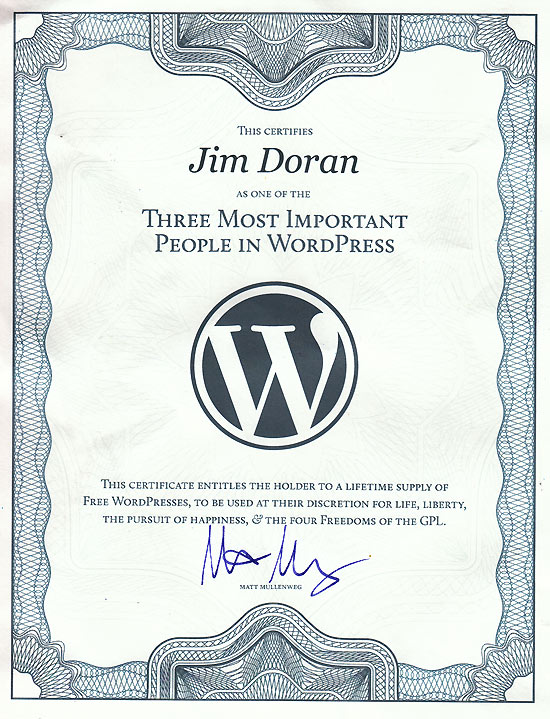 And, in case you missed it, this is a joke.

I am, however, going to attach a copy of this to my resume. And hang this in my office at work. I don’t think even the good Bava has one of these.