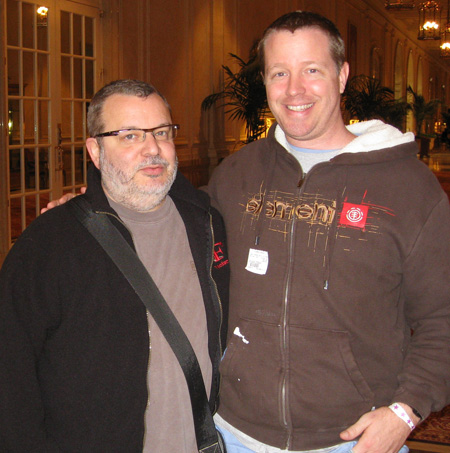 I’ve had a couple of days to digest the material from WordCamp and An Event Apart. I’m not going to transcribe the entire thing, as many other blogs have it covered, but here are a few highlights.

The WordPress WordCamp got my gear turning. WordPress == framework, which can be a website, blog, photoblog, social media site, etc. It’s open and completely customizable. Liz Danzico and Jane Wells did a fascinating demo of “Crazyhorse,” a prototype of the next generation of WordPress. It’s not clear if all the changes they’ve described will be implemented, but many were improvements. Their process involved a lot of user testing with cool “lasers” that track eye movement on the computer screen. They literally took what users asked for, proto-typed it, had the users test it again to see if the changes worked. Liz then gave an interesting talk on improvisation at An Event Apart, and how users and designers must work together to create better web sites. I think I was already tuned in having seen the Crazyhorse demo, and she offered that this process can be considered a framework.

Framework: Provides uninscribed and detectable cues that loosely govern a set of actions or interactions.

She made an interesting parallel to the recording of Miles Davis’ Kind of Blue album, where Davis walked in a handed the musicians slips of paper containing a theme, thus giving birth to modal Jazz. She called this “creative instability” and talked about the need for user design process to be improvisational. I think she sorta ran around Robin Hood’s barn to make the point, but I love when anyone uses music theory to make a point. Even if a pending book deal is likely in the works.

Eric Meyer’s first talk was on CSS frameworks…should we use them? His answer was essentially “No” and then he spent an hour talking about them anyway. Anyone who does CSS regularly already has some sort of base foundation they will use on each project, and an external Framework isn’t going to do much. I sensed a little contention between Jeffrey Zeldman and Eric about the next generation of HTML and XHTML – I think I would have preferred hearing their thoughts on that, than wasting time on something most attendees wouldn’t use.

There was a lot of talk about jQuery, a lightweight JavaScript framework at both AEA and WordCamp. The thing that drew me to jQuery initially was it’s simplicity. It’s a tiny, simple, extremely elegant library. I love jQuery. 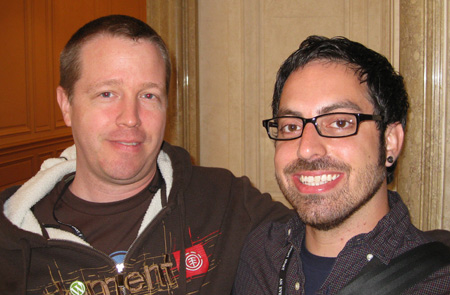 Jason Santa Maria, always an inspiration, asked us to put the “design” back in “web design.”

I spent some time with Jeremy Keith at the Minna gallery talking about accessibly navigation (and a day later with Eric Meyer, too).

I learned a lot about making sites MORE accessible using AJAX, about how panda obsessed groups battle each other on flickr and about project management scrums.

Do Websites Need to Look Exactly the same in Every Browser?

Finally, Dan Cedarholm definitively answered this tortuous question. I’m so glad this has been settled.