I am fairly certain that I am the only one here who enjoys the Baltimore heat and humidity. I love it. I crave this weather. But, like Tigger, I’m the only one.

To beat the heat, daughter #1 suggested we make shrunken heads for her upcoming birthday party. 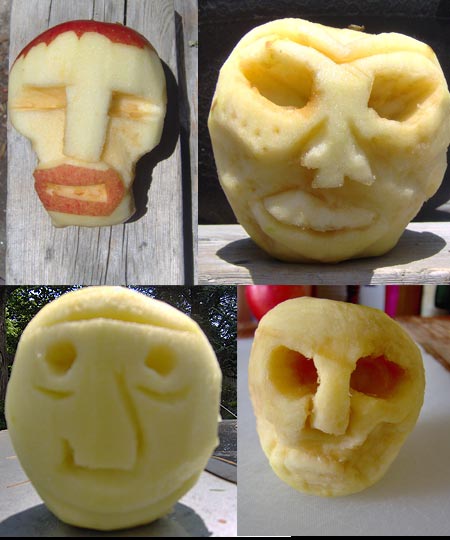 We usually do a theme party in June – last year it was “The Bitter Birthday,” in which everyone dressed as various characters from Lemony Snicket’s “A Series of Unfortunate Events.” We played games like “Run Away Screaming,” “Murder” and even had an “In Auction.” I was Count Olaf, a role I’ve been ever playing since.

This year, she is thinking it would be fun to twist last year’s theme into “The Unfortunate Victims” party. I haven’t figured out how to sell that to the parents of her 10 year old friends, but it works for me.

I noticed daughter #2 diligently peeling her own apple, never one to be left out. Alas, it was destined for her stomach and not cannibal island. 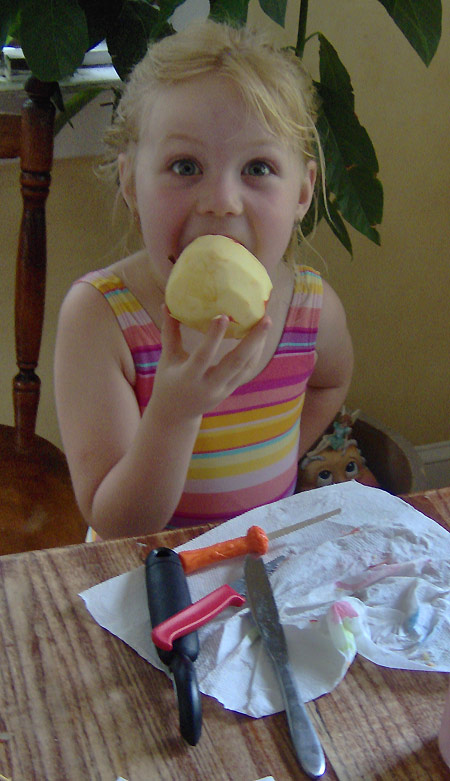 The heads are currently in the mad scientist’s lab soaking in a salt solution. I’ll post more photos as they, um, shrink.

NEXT, we decided to venture off to the nearest cineplex for the new Indiana movie. 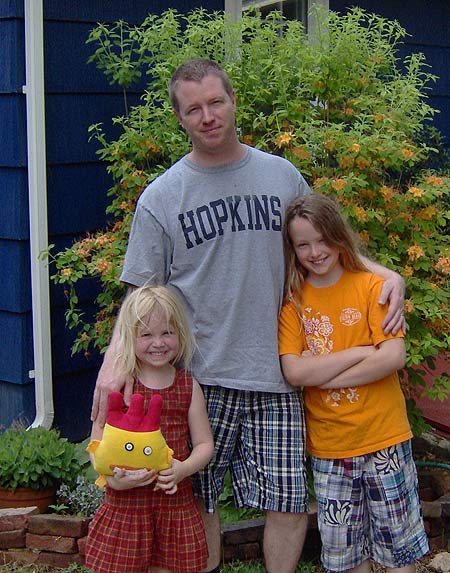 In the lobby of the theater, there’s a life size, true to scale fiberglass replica of the Hulk. It’s easily one of the coolest things I’ve seen in a long time, and I very much want to have it for my garden. Note the detail in the roof of his mouth. 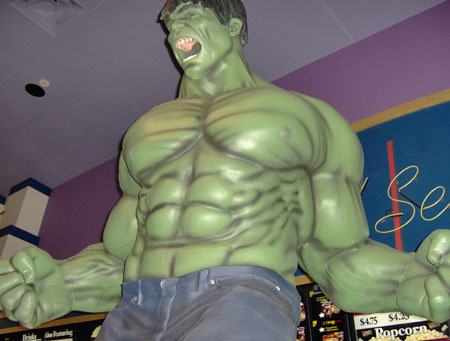 A very nice Sunday all around.